Why We Need More Teachers Of Color In Washington State

Michelle Tang (Bay Area '13), a board member for the new Collective WA shares her inspiration for recruiting and supporting teachers of color in WA schools. 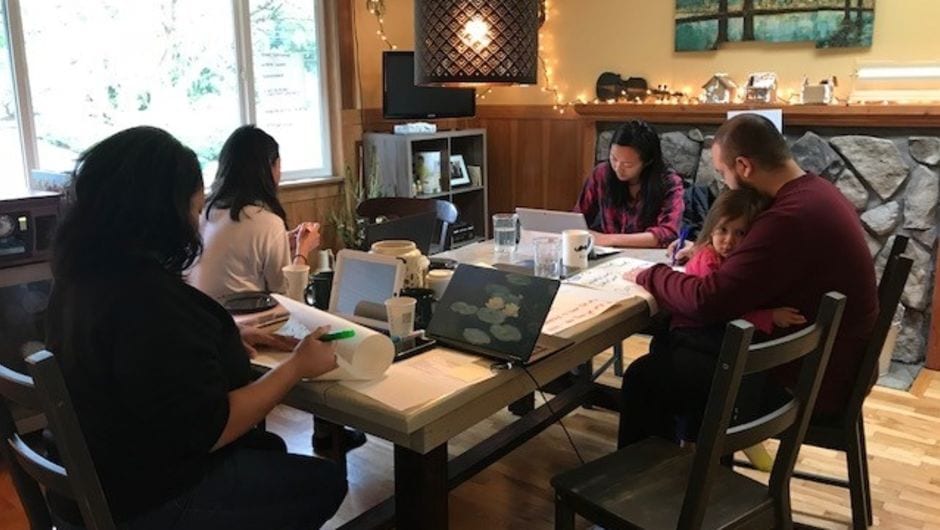 When I was a junior in high school, I decided I was going to be a teacher. When I told my immigrant parents this, they weren’t exactly excited—especially as it was during the height of the 2008 recession and they were concerned about paying for college and me having debt after college. But I persisted with support and inspiration from teachers who believed I could make it work and after hearing about a local scholarship opportunity for future teachers.

I was fortunate to join the Future Teachers Project (FTP) at Santa Clara University which provided academic and community supports as well as scholarships to local students interested in becoming teachers. I later earned my teaching certificate through Teach For America. Now I am hoping to build on my experience by supporting alums of color here as chair of the new Washington Collective.

The Washington Collective is one of 40+ regional associations of The Collective, Teach For America’s alumni association for teachers of color. My hope is that we support alums of color to develop themselves as leaders in and out of the classroom, while supporting the development of incoming and current corps members as well.

Sound like something you’d want to be a part of? Read on to learn why I decided to lead the Washington Collective and how you can get involved.

I like to think I started my teaching career as a 16-year-old thanks to FTP. The program seeks to recruit and support students from local high schools in the Bay Area to teach in urban or underserved communities. When I learned about the program, it focused specifically on recruiting future teachers from my district in east side San Jose.

Joining FTP, they invited my cohort to campus the summer before senior year to experience campus life and take SAT prep courses. My peers and I applied and were accepted to Santa Clara University that fall, and we received scholarships through FTP and other merit and need-based scholarships. Many of us were the first in our families to go to college. For the next four years, we would meet once a week for an educational seminar and other activities. I cannot say how much of an impact this program made on my life: among all things, helping to ease the financial burden for me to become a teacher and giving me a community of other future teachers and professors to lean on.

The challenges of the AAPI community

College and FTP were formative experiences for me, helping to refine my understanding of my cultural identity and my goals and interests in being in the classroom. I became aware of the challenges of advocating for the needs of communities that are marginalized and vulnerable due to lack of representation. In particular, I learned Asian American Pacific Islanders (AAPIs) are the most diverse racial group in the United States spanning 30 ethnic groups speaking 100 languages, across the full range of the socioeconomic spectrum. Yet, AAPIs continue to be seen as the “model minority” and sub-groups within the AAPI community continue to be underserved and underrepresented in positions of power—from education to government. During my summer internship at the Centers for Disease Control & Prevention, a supervisor discussed my career goals with me and suggested I check out Teach for America. He thought it would allow me to pursue teaching and also gain access to a network of peers and mentors in many fields I was interested in like public health and policy.

I was proud to be selected to serve as a corps member in San Jose, my hometown, home to one of the largest Vietnamese-American populations in the country. Aside from knowing this from my personal experience of having just one Asian-American teacher in my K-12 education, my placement was especially meaningful to me since less than 2 percent of teachers nationwide identify as Asian American, Native Hawaiian, or Pacific Islander (AANHPI).

I continued to develop my cultural identity through my Teach for America experience. I attended the first-ever AAPI Summit in Oakland, Calif., which is part of the Corps Member of Color Series serving Latinx, Black and AANHPI corps members in their first year of the corps. It was so powerful to meet AANHPI corps members from across the country before entering my second year in the classroom and to discuss our experiences being AANHPI teachers (6 percent of TFA corps members identify as AANHPI).

A TFA alum in Seattle

After the corps, I sought to connect with other corps members, particularly corps members of color and alumni in my new home in Seattle. After attending the TFA AANHPI policy leaders summit last spring in Washington D.C., one of our calls-to-actions heading back home was to connect with our local Collective, TFA’s national alumni of color association. Nationally, The Collective, with 13,000 members and 40 regional associations, is focused on helping alumni of color increase their impact through three pillars: leadership development, community and network building, and collective action. Unfortunately one did not exist in Seattle, let alone Washington state.

Since that summit in D.C., I have been collaborating with other alumni and TFA-WA staff to launch a regional association for The Collective, here in Seattle. We chose to focus here in the Puget Sound, though TFA works across the state, because most of our alumni live along the I-5 corridor.

Personally, based off my own experience with the Future Teachers Project, one of the areas I’d love for The Collective Washington to have an impact in is to help improve teacher workforce diversity in Puget Sound, which research shows requires more focus on improving the pipeline of teacher candidates. I believe this needs to start at high school or earlier with programs like the Future Teachers Project I was a part of.

TFA-WA is one of the largest recruiters of teachers of color to our state. However, in Washington state, the gap between the percentage of Black and Hispanic students and the percentage of Black and Hispanic teachers has increased by nearly seven points over the past decade (Office of Superintendent of Public Instruction, State Report Card 2012-13).

There’s a lot of great work happening here in the Seattle area to increase the number of teachers of color in our local schools, including programs at community colleges like Highline College and other community colleges that are making it easier and more affordable to become a teacher.

Come meet The Collective WA board this March

I’d love to hear what your ideas are for The Collective Washington. The Collective Board is planning our launch event for March 2018 for our community to come together to get to know each other and brainstorm ideas—more information about our event to come.

I hope to see you at our launch event in March. In the meantime, please feel free to send any ideas to me at michellelinhtang@gmail.com or our regional coordinator Victoria Wimalarathna at victoria.wimalarathna@teachforamerica.org.