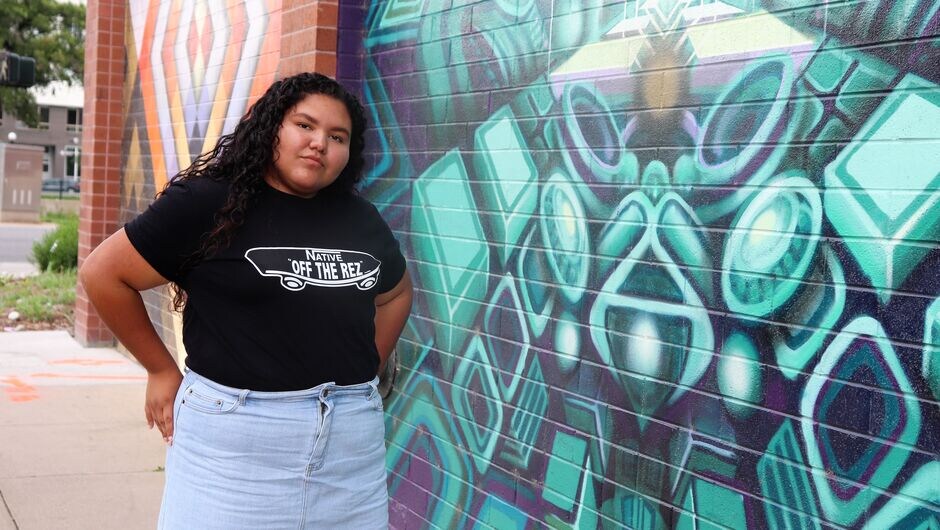 The second school year affected by the pandemic is coming to a close, marked by more education via screens, more disrupted plans, more socially distanced graduations.

Early in the pandemic, in our Community Voices series, we checked in with students (as well as parents and teachers) for a glimpse at their changing plans, lives, and learning. We reconnected with three of those students.

When we originally chatted in spring 2020, these three teens were on the verge of major transitional years: Rosie Molina was heading into her final year of high school, while Xavier Ada and Emma Logan were seniors on the cusp of graduation, looking ahead to their first year in college.

These are big moments that can be challenging to navigate even in more ordinary times. Now, imagine making friends when in-person gatherings are risky or off limits entirely, filling out college applications without as much support as usual, and adjusting to dorm life with frequent quarantine periods required.

“This year has been extremely, extremely tough—mentally, physically, emotionally,” Ada says, describing his freshman year at the University of Denver.

Here, Molina, Ada, and Logan describe the milestone moments of their second pandemic year—and what they anticipate from the year ahead.

“I'm excited for next year, but I also don't feel ready, like I still feel like I have another year of high school left.” 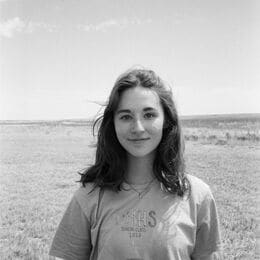 High school seniors in 2020 and 2021 missed out on time with peers and in the classroom, and on senior year’s big events, such as prom, pep rallies, and homecoming.

“At the time there definitely was this immense feeling of loss,” says Logan, who is now a freshman at Colorado College, about her socially distanced high school graduation. “I definitely went through the cycles of grief or whatever and got to a place where it's OK.”

For Molina, a senior at John F. Kennedy High School in Denver, Colorado, the feelings are fresher. She sums up her time as a senior in 2021 bluntly: “It was just a bad year."

That’s compounded by a feeling that adults are no longer making the same efforts to compensate for the limitations forced on students by the pandemic. Molina says she's not seeing the same support from the community that was present for the graduating class of 2020.

“It's like, how come we're not getting the same energy?” she asks.

Molina has mixed feelings as she thinks about graduating from high school and moving on to college. “I'm excited for next year, but I also don't feel ready, like I still feel like I have another year of high school left."

On Colorado Free Application Day—when Colorado residents can apply to any Colorado college for free—Molina did just that: She put in an application for just about every school in the state. 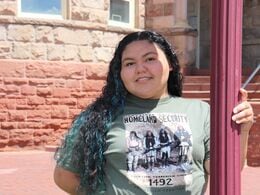 Then came rejections, which left Molina disappointed and angry—at herself and at the people who’d supported her so strongly but who hadn’t prepared her for the possibility of rejection. Because of the pandemic, she had less support from her school’s counselors, who help students figure out their post-secondary options.

“I was an assistant for them [the school counselors] my junior year because I was really anxious about my future, and I just wanted to learn more about it,” Molina recalls. She saw how the counselors helped pre-pandemic seniors fill out forms and read through application essays.

She had bi-monthly meetings with a counselor, “but it was nothing compared to what the seniors last year got and it wasn’t really helpful,” Molina says. “Applying to college sucks.”

Days would pass while Molina waited for clarification on confusing tasks and forms. But she persevered. Molina applied for the Native American Community Scholarship, which is geared toward students who are committed to improving their community.

“It felt really perfect for me because that was something I've done all through high school—volunteer work and trying to uplift indigenous voices,” Molina says.

And it worked. Molina plans to attend the University of Denver next year with a full scholarship.

“It's a little bit harder to make friends, but you find your way OK.”

Ada spent much of his freshman year at the University of Denver in quarantine. He quarantined before coming to campus, for two weeks after his suitemate contracted COVID-19, and for two more weeks around winter break.

Earlier this year, Ada contracted COVID-19. “I spent three weeks in isolation straight and that was mentally hard,” Ada says. Physically, too: “I had a really bad cough, obviously fatigue, and shortness of breath.”

Plus, he still had to manage schoolwork even as he was recovering.

Logan’s freshman year was also punctuated by quarantine. She had two somewhat normal weeks on campus because her college allowed freshman and international students to live in dorms for the fall 2020 semester.

But after two weeks, Logan spent a week in quarantine after an outbreak on campus.

“People in hazmat suits would bring to-go meals to my dorm door,” Logan says. She had a roommate, and the two of them could only leave the room to go to their shared bathroom. “If we had mail or we needed something, we had to get a campus safety officer to bring it to our door."

After a week, her college sent students home. Logan returned to her childhood home in Denver to take classes online.

“It was really hard to have that small two-week taste of college. Granted, it was drastically different than what college should have been,” Logan says. As she unpacked at home, she cried.

Both Logan and Ada were able to make friends their freshman year, but the task was complicated by the changes required by the pandemic, such as virtual classes and parties being off-limits. 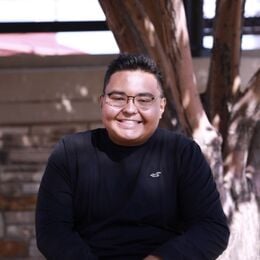 On top of anxieties related to COVID-19, Ada felt like an outsider at his school.

“I faced a hard part in college coming from a pretty diverse, mainly Latinx community, to an all-white institute,” Ada says. During his first weeks on campus, Ada says he felt pressure to be presentable whenever he left his room. “I would never leave in sweats,” he says. As time passed, he realized his clothing choices didn’t matter.

He doesn’t attribute his unease to anything the university did or didn’t do.

“This is something you can't help,” he says.

But while he hasn’t been able to go to parties or casually hang out in groups, Ada's formed a community. That’s partly thanks to his university’s Pioneer Leadership Program, which is designed to help students meet people with similar ambitions. Ada applied in high school, and he interacts with others in the program in his dorm and classes.

“It's a little bit harder to make friends, but you find your way OK,” Ada says. And even small things such as ordering in food, watching a movie with friends, or going on a late-night drive became fun, he says.

Logan had a similar experience. She clicked with her roommate and in the two semi-normal weeks of her first semester on campus, made some initial connections. She was able to return to campus in January for the spring semester and is making friends through everyday events, like running into someone on the way to grab food.

There are some bragging rights to being a “COVID freshman,” Logan says.

With social activities largely off-limits, both Logan and Ada focused on academics. Ada took 18 credit hours although the university recommends 15.

“Quite honestly, I feel like this year was the year to go hard,” he says. Logan and Ada will begin their sophomore years without having been to any parties. And in a way, that’s less overwhelming: They’ve mastered the academic aspect, and can now explore the socializing that typically accompanies being an on-campus student.

At the start of the next school year, Molina, Ada, and Logan all anticipate they’ll attend college classes in person.

It’s a slow return to some kind of normalcy. Logan's first response when she landed a summer job at an advocacy group in Denver was panic, since it meant more time living in her childhood home. But after reflecting, her attitude has shifted. 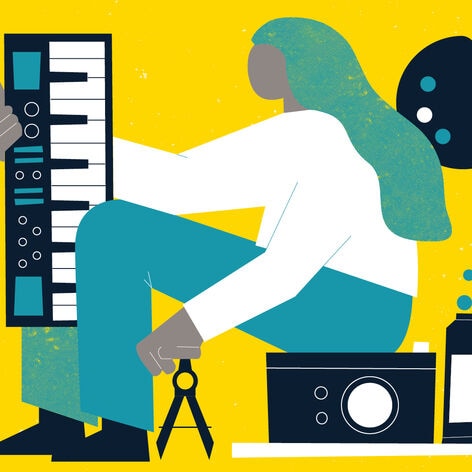 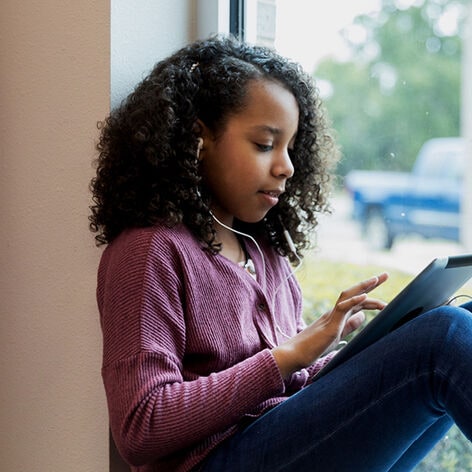 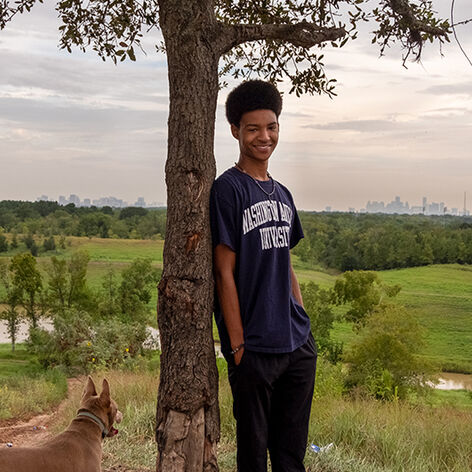 One Student's Perspective on the Pandemic 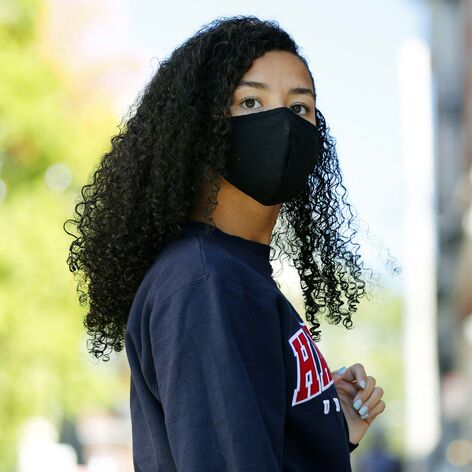