What Is The Racial Identity Development Gap, And How Can It Affect Your Teaching?

A dispatch from Fin Hardy, a presenter at the 19th national White Privilege Conference. 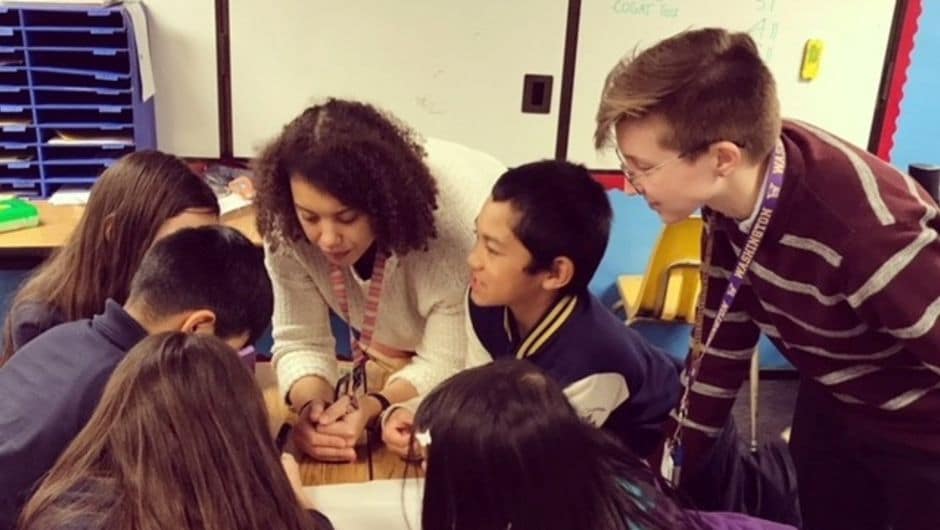 When classmates taunted Nasir Andrews with the names “Nutella” and “servant,” she told her teacher that she was hurt by the racist bullying. The teacher’s response? That’s not racist—and she assigned Nasir to copy down the definition of racism.

This situation played out last year in Bellevue, Washington, just 30 miles from where many TFA-Washington corps members live and teach. The anti-bullying video Nasir made to fight back has attracted 20 million views and national media coverage.

Nasir’s experience was showcased during a workshop presented by second-year corps member Fin Hardy and social justice educator Suzie Hodges. The session entitled “Exploring the Racial Identity Development Gap” was part of the 19th national White Privilege Conference hosted this spring by The Privilege Institute. It was open to all, and attracted many K-12 and higher education teachers from across the country.

Fin was tapped as a substitute for Raedell Cannie, a TFA Washington teacher coach who had previously presented to corps members alongside Suzie as part of corps members’ professional development, but Raedell was sidelined from traveling to Grand Rapids, Mich., for the conference by an injury. (Heal up Raedell!)

We checked in with Fin to get a glimpse of the presentation, which is available to educators along with other resources at Suzie’s nonprofit, CRREW Collective. Read on to see if this training should come to your school or workplace.

Let’s start with the definition of Racial Identity Development Gap. What does this mean?

What we tried to get at in the session is the gap—that white people, because of their privilege and that advantages given by our society, can stay in a racial identity stage that is nascent or emergent, while kids of color are forced to move through the stages quickly because of situations they are put in by administrators, teachers and the culture around them.

What are some of the stages?

Whites begin at a “contact” stage, which is characterized by limited interaction with people of color and limited awareness of racial issues. What’s interesting and came up in our session is that the next stage Tatum articulates is “disintegration,” which features increased interactions with people of color that may lead to a new understanding of racial or cultural issues.

But we got to something different with one article about a boy who is in a robotics club, makes a clock, and brings it to school to show some teachers. He gets arrested because they think it is a bomb. We were talking about how between the “contact” and “disintegration” stages there could be a “dismissive” stage, where people think, “I don’t need to know, I don’t want to know, my prior knowledge is what I can go off of, and I don’t need to dismantle any biases.”

What’s a question that came up for you?

People of color, because of their different experiences around micro-aggressions or straight-up racist aggressions, are forced to move through their racial identity very quickly because they are hyper-aware of how their race is affecting the way other people are treating them. But it doesn’t necessarily mean that they are experiencing positive racial identity development. So how can teachers help to provide a pathway to positive racial identity development both for white students and for students of color?

Probably not. To talk about positive racial identity development, you cannot talk about it in a one-sided way. It cannot be, “I will foster curiosity in you to learn about your own heritage.” It has to be, “Let’s learn about how systems of privilege and oppression have worked to keep certain groups of people from accessing certain rights.” I think that takes a level of racial identity development that is beyond that emergent stage.

How does this play out at your school in Federal Way?

Most of the teachers who I teach with are white, and probably are not far along in their racial identity development, but some of them have really good relationships with kids. They can still be good teachers at the emergent stage, but just like with teaching, you can never be perfect. It’s still important even if a teacher has really good relationships with kids to continue to ask the question, “What can we do to support the positive racial identity development of our students?” That’s still really critical, especially now.