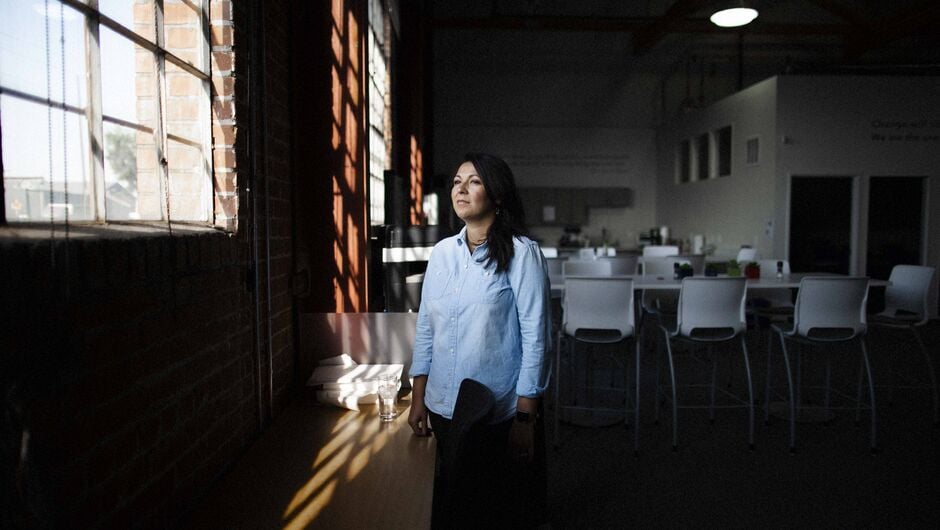 MacKenzie Scott, the wealthiest woman in the United States, stunned the philanthropy world in late July when she announced gifts amounting to $1.7 billion to 116 organizations focused on issues including racial equity, educational justice, and democracy-building. Moreover, she explicitly chose organizations led by people, many of whom are non-white (and four of whom are Teach For America alums), with first-hand experience of the problems their organization seeks to solve. And she offered the money without rules or restrictions on their use.

The dollar amount of Scott’s gifts put her in a rare league, but she’s not alone. In the wake of a summer of protest leading into a fall of ongoing discontent, other big-money philanthropists like Susan Sandler and George Soros have made similar gifts to promote racial justice. Many more philanthropic organizations have invested in efforts to diversify their boards and include more stakeholder voices in their funding decisions.

Together, these shifts represent a welcome departure from traditional philanthropy, often infected with the same racist ideas and inequitable outcomes that donors often seek to upend. For example, organizations led by Black and Latinx individuals receive only 4% of philanthropic grants and contributions, and are more likely to receive small-dollar, short-term, and restricted funds that place them in a cycle of perpetual disadvantage, according to a report from New Profit, a venture philanthropy organization. Scott’s and others’ recent gifts are beginning to change that.

I am a Black entrepreneur from a family of entrepreneurs, and I support the development of social entrepreneurs in my professional life. Amid the news of philanthropic windfalls, I’m most inspired by the conversations and ideas these gifts are finally bringing to the fore. They affirm what Black, Indigenous, and people of color (BIPOC) leaders have always known: Only when we shift trust and power to those proximate to injustice will we find the most innovative, most sustainable pathways to the future we all seek.

Several leaders in my professional network were among the beneficiaries of Scott’s gifts, and others I know are equally deserving. I asked several of them to reflect on the leadership required to get to this moment, and how money and the trust that comes with it can transform the thinking about what’s possible.

In June, Aaron Walker (Greater Philadelphia ’03), writing for The Grio, published an open letter to a white philanthropist. He spoke about the massive amount of work that goes into fundraising—collecting the data, presenting the data, reframing the data, building the relationship with the funder, defending the work, defending his worth as a leader who is Black, followed by the waiting, and more waiting, for a decision that might never come. “Do I need to be more like the white people you fund?” he wrote.

A month later, he learned of Scott’s gift—money he neither applied for nor expected, and the largest single donation in Camelback’s history. (Walker, like some other beneficiaries, has not publicly disclosed the dollar amount.)

“A man can only see as far as he can afford,” Walker says. Now that he feels financially supported in thinking bigger, he is reflecting on his own role as a funder. Camelback provides $40,000 to early-stage entrepreneurs from underrepresented backgrounds and then supports them through an intensive yearlong fellowship.

“When you receive money in a way that comes with a lot of strings attached, and with restrictions, you pass that on to people you give money to. We have been transferring some of the things done to us to our fellows,” he says. The money from Scott, he says, provides “an opportunity for me as an intermediary to change how I support individuals.”

Those are lessons he’s taking to white funders, too, through an arm of Camelback’s work called the Capital Collaborative. The group, piloted in the first half of 2020, brings together mid- to senior-level white leaders at grantmaking organizations across the United States to examine and deepen their commitment to equitable funding.

“The Scott philanthropy dropped the mic on other philanthropists who need an example for how to invest in leaders of color and racial equity. She showed some of the smartest people in the world how simple it is,” Walker says. “Those who are courageous enough will pick that mic up.”

Even when organizations like Camelback exist, BIPOC entrepreneurs sometimes need a vote of confidence before showing up for them, says Daniel Velasco (Bay Area ‘07), the chief growth and impact officer at Latinos for Education. His organization, founded in 2016 to create leadership pathways for Latinx educators, stepped in to provide social entrepreneurs that initial boost. In October 2019, Latinos for Education held its first-ever Latinx Edupreneurs Pitch Competition, offering winners a share of $75,000 to boost their big ideas, along with networking opportunities.

“Not having to meet a fundraising goal nine months from now means we can be more thoughtful about cultivating and inspiring our donors and investors.”

Why would Latinos for Education get into this already crowded space, potentially sowing competitors who could compete with their own organization for funding? In part, Velasco says, it’s because he and his colleagues know the fundraising obstacles that Latinx entrepreneurs face. “We have to show up in the philanthropic space in a way that’s 10 times more polished than white leaders,” he says.

On a personal level, Velasco feels a need to support entrepreneurs who can’t code-switch as easily as he can. “I’m a tall, straight-passing, light-skinned Latino man with an Ivy League degree, and all of that has given me a ton of access that I’ve exploited to do my work. If I don’t do something to stop perpetuating what ‘good’ or ‘worthy’ means, what am I doing? We’re trying to decenter white-dominant culture’s message that says pedigree is everything, or only quantitative results matter.”

Elissa Salas (L.A. ’05) is the CEO of College Track, an organization that supports students on a 10-year path to college and economic sustainability by offering mentorship and resources beginning in ninth grade. About a month before receiving money from Scott, Salas, a first-generation college graduate like the students she serves, led her organization to the completion of a strategic planning process that included a four year, $150 million fundraising goal. Scott’s surprise gift catapulted them toward their finish line.

“The return philanthropists typically want to see is not over a decade. So at a high level it’s really validating, and different, that [Scott] gave preference to organizations that take a long-term view,” Salas says. Beyond validation, the gift means Salas and her team finally have some breathing room.

“The pressure of not having to meet a fundraising goal nine months from now means we can be more thoughtful about cultivating and inspiring our donors and investors,” she says. Consider universities with large endowments. “When they go to alumni, they’re not always asking for money because they don’t have to. So when they do ask for money, it’s from a different place in terms of the relationship.”

Now, Salas says, College Track has space to think strategically about building those relationships, which will set them up for sustainability moving forward. “It’s like Maslow’s hierarchy. We’ve been able to get a basic need met.”

When I talk with my fellow social entrepreneurs, I am reminded again that our communities are fighting for dignity, justice, and our children’s legacy. I am also reminded that, armed with deep understanding of the struggles and the passion to end them, we know what to do and how to do it. We come to this fight with the same urgency as our funders. But only with expanded trust and respect for our proximity and power can the fight for equity accelerate, deepen, and last.

Morgan Russell Williams is an entrepreneurial leader and innovator who has supported the reimagination of K-12 education for more than 10 years, currently as senior managing director of Reinvention at Teach For America. She is a Houston ’10 alumna and proud graduate of Spelman College.