What Happened Next: The Flamboyan Foundation is Strengthening the Arts in Puerto Rico

The schools-focused Flamboyan Foundation widened its reach to support Puerto Rican arts and culture, with the help of Hamilton creator Lin-Manuel Miranda. 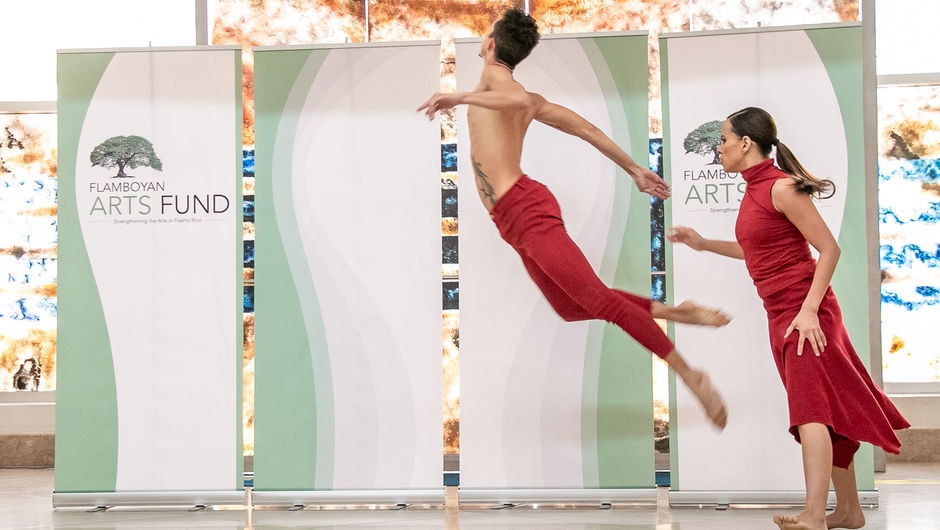 This is a follow-up to an article that ran in the Winter 2018 issue of One Day. The original article appears in full below.

In January, the blockbuster musical Hamilton made its way to Puerto Rico, where it raised $14.7 million for the Flamboyan Arts Fund, a partnership between Flamboyan Foundation, co-founded by Kristin Ehrgood (New Jersey ’92), and Hamilton creator Lin-Manuel Miranda, his family, and the show’s producers. The fund is dedicated to strengthening and preserving Puerto Rican arts and culture by supporting artists and arts institutions impacted by Hurricane Maria.

In February 2018, One Day spoke with Ehrgood about Flamboyan’s work to improve education in its two bases: Puerto Rico and Washington, D.C. At the time, Flamboyan was adding capacity to its operations in Puerto Rico to provide hurricane relief through grants and partnerships, while continuing work like promoting K-3 reading proficiency on the island and supporting a culture of family engagement at schools in Washington, D.C.

Following the hurricane, Flamboyan raised $1.3 million for schools and communities in the ongoing effort to rebuild. Grant recipients have included a school that used the money to replace its computers and a fund to provide cash assistance to impacted farmers. Ehrgood shared that the creation of the Flamboyan Arts Fund is “part of our commitment to ensuring Puerto Rico is a thriving island economically, educationally, and culturally.”

Read on for the original article that appeared in the Winter 2018 issue of One Day.

What will it take to get students back to school in Puerto Rico?

Hurricane Maria slammed into Puerto Rico on September 20, but residents of the island still reckon with its awful impacts daily. Vast swaths of the island remain without power. Communities are in disrepair, unable to secure supplies to clean and rebuild. While most schools have reopened, many suffer extensive mold damage and the loss not only of materials, but also of students. Enrollment is down by more than 22,000 since before the storm.

Kristin Ehrgood (New Jersey ’92) is co-founder of the Flamboyan Foundation, which works to improve education in Washington, D.C., and Puerto Rico, where Ehrgood lived from 2001 to 2008. In the storm’s immediate aftermath, Flamboyan operated like an emergency relief agency. But as schools return to operation, the team is refocusing on the work they started in 2008, largely related to supporting literacy in elementary schools.

“We can’t let this deteriorated state become the new normal,” Ehrgood says. “We’ve got to figure out how to deliver on people’s needs. They immediately need electricity. They also need a high-quality education.”

You visited Puerto Rico soon after Maria hit. What sticks with you from that visit?

I saw teachers coming into school, scrubbing classrooms with Clorox they found somewhere. I hang on to that image, and to school directors trying to get schools open for children and their families. I continue to be struck by the need for people in Puerto Rico to solve their own problems because systemic solutions are not being implemented. Still, there’s a constant recognition of shared humanity and pride in the island. That pride is deep—and it is inspiring.

How has your work there changed since the storm?

We’ve worked with more than 60 schools on the island in various ways. Historically, we’ve worked on ensuring that kids are able to read in Spanish effectively by third grade. We’ve also built Colaborativo PR, a collaboration with other funders, nonprofits, government agencies, and universities to support the college and career pathways for high school students from the community of Loiza.

Through this work, we knew that many of our schools didn’t have the learning materials they needed. Following the storm, our team is even clearer that we need to help teachers get back to the task of teaching reading, and that students need even more support to get to and through college.

“I can’t stop seeing children who have no electricity and nothing to do all day. They’ve already lost 40 days of school.”

The storm threw off many students’ college plans. Has that been a challenge in Loiza?

In November, The Colaborativo staff had a meeting for students from the graduating class to talk about how to cope following the hurricane and how to plan for college and career. We hosted a College Board review class to help them prepare for the SAT. Communication networks on the island were down, but our team went out door to door to make sure students could attend, and they arranged transportation. Of 118 students, 104 attended the review, despite the extreme conditions. And on testing day, we had 92 percent attendance. Yet, students still need to figure out how to pay for college. The hurricane has destroyed homes and left people without jobs. That makes college even more challenging.

In places like New Orleans, disaster has been used as an opportunity to re-set the school system. Does that feel relevant in Puerto Rico?

We don’t have a choice but to use this as a way to improve the system. But I don’t see this as a blessing by any stretch. It is a catastrophe. People need electricity and reliable drinking water. They need a federal government that recognizes their U.S. citizenship through immediate action. And they need a local education system that is effective. As a nation, it is our responsibility to ensure the children of Puerto Rico have access to high-quality schools. This responsibility is urgent and I hope that the hurricane illuminates to those in the mainland the dire state of schools.

The fractures that were already there in Puerto Rico’s educational system have been made into gaping holes following Maria. The challenge is to repair those holes, and that requires a different level of attention and commitment. There are a lot of conversations right now around how to evolve the system of education in Puerto Rico. The people best positioned to be in those conversations are educators from the island. Certainly, there’s room for expertise from others, but the vision, direction, and decision-making need to come from people on the island.

After the Floods Receded, Houston Educators and Students Rose Up

Arts as Activism for Black Students

How the Biden Team Is Planning Its Pivot on Education

Teaching in the Aftermath of Capitol Riots

Corps member Evie Elson shares what it's like to lead a classroom in the wake of January 6.