Last Chance to Apply for the 2020 Corps!

The final deadline to be part of this year's Teach For America corps is Friday. Apply today.

Two Teach For America alumni discovered their true calling was waiting for them where they least expected it.

Though Sara Crowston and Brandon Hersey have very different stories, living a life with purpose was always part of their plans. When the opportunity came up to teach in unexpected places, they were initially unsure about what their future paths would look like. After meeting their students and immersing themselves in their communities, they can’t imagine doing anything else. 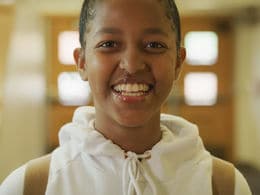 The Power of an Excellent Education

Two Teach For America alumni share how their educational experiences led them to become fierce advocates for students in their communities.
Watch the video.

Redefine paths—your students’ and your own—by applying to teach as part of the 2020 Teach For America corps.

This Was Not My Original Plan

How to Create Lasting Change

Sara Crowston (Washington ’13) always believed in living a life with purpose. But it wasn’t until she took an education class that she found opportunities to apply herself to the urgent, real-world issues that education entails. Growing up in a small Montana town, Sara looked forward to teaching in a city. When she found out she would be teaching in a rural community in Eastern Washington state, she was initially disappointed.

Brandon Hersey (Washington ’16) came from a family of teachers, but he saw politics and policy as the best way to have an impact on the world. When his wife moved to Seattle for graduate school, he left his job at the Obama Administration and decided to teach. Brandon hoped to bring his love of government to a high school classroom. When he was assigned to teach second grade, he had to reevaluate his plans.

Although Brandon and Sara’s entry into the classroom didn’t go exactly as planned, they quickly learned the value of relationships. Everything changed once they met their students and immersed themselves in their communities.

Brandon formed a deep relationship with Abdi, a shy second-grader who was several grade levels behind in reading. The two connected over Pokemon and other shared interests, and Brandon soon gained Abdi’s trust. As a result of their close relationship, Abdi became more engaged and left Brandon’s class reading at a third-grade level.

Sara remembers feeling incredibly homesick at the start of her third year in the classroom when a family emergency left her feeling isolated from those she loved on the other side of the country. Realizing how important it is to build strong relationships, Sara recommitted herself to her new community. She married a Yakima Valley local and immersed herself in the community by working in the orchards last summer. The experience that gave her a window into the lived experiences of her students’ families and cemented her connection to the community.

Sara now calls the Yakima valley home and continues to find ways to deepen her impact through the classroom. This year she’s starting a master’s program in educational leadership and administration.

Brandon has fallen in love with teaching grades K-2 because he sees the impact he has as a role model who looks like his students. His heart is so full when he walks into his classroom. He’s the only black male teacher in his building and this gives his day-to-day life so much purpose.

Brandon and Sara have chosen to embrace their unexpected paths because of their love for their students and their communities. Their teaching experience has redefined their path and renewed their sense of purpose.

Teaching in the City That Raised Me

Kicking Off the School Year With a Surprise Celebration

The Power of First Impressions