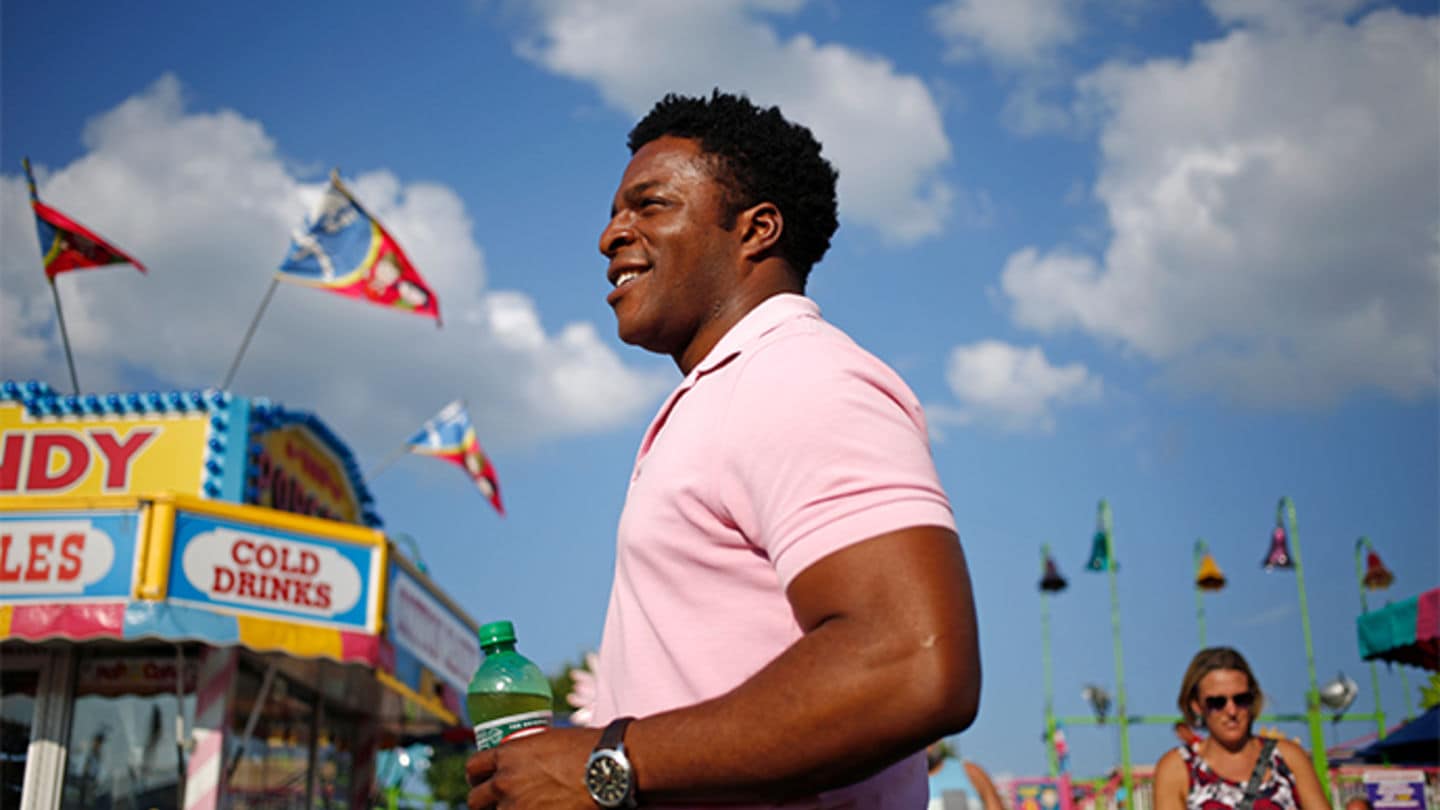 Two Opposite Ways to Go After Your Next Career

Still in the early stages of their careers, Emily Berglund in San Diego and OJ Oleka in Kentucky have developed full-blown philosophies on how to make the next mission-driven move. Which one speaks to you?

Odds are that your career path will not be a straight line. On the way to meeting your head and heart goals, you may spend years not only moving from job to job, but also toggling among professions, side hustles and volunteer labors. So: is there a single best approach to charting career and job changes?

One Day spoke to two alumni who take near-opposite approaches. Which feels right to you?

OJ Oleka: Stick to Your Statement of Purpose

OJ Oleka (St. Louis ’10) is the deputy treasurer of the Commonwealth of Kentucky and a self-proclaimed card-carrying Republican. At age 30, he manages a staff of 27 and the day-to-day operations of the office of the state treasurer as both deputy and chief of staff. He started doing that job before he had the job.

Near the end of 2016, when Oleka was leading communications for State Treasurer Allison Ball, Ball’s chief of staff left. Oleka appointed himself to “effectively stand in the gap and do all the things the old chief would have done.” That included working to launch the STABLE Kentucky program to enable people with disabilities to accumulate wealth without losing benefits.

Assigning himself the duties of the office number two—and telling Ball he was auditioning for the job while she did her search—was audacious and risky. But he didn’t hesitate, Oleka said, because he measured the risk against the same overriding criterion he applies to every career decision: does it match with his statement of purpose?

He knows what you’re thinking. Having a statement of purpose “is kind of hokey,” Oleka

says, especially when you decide during your second year in the corps that your purpose is to end generational poverty in the United States. But in truth, keeping that objective front and center has emboldened Oleka to take big job risks, even once taking a pay cut so deep, he sold his blood plasma to pay bills.

Oleka’s purpose-driven career path took him from being student body president at University of Louisville, to joining the corps in St. Louis, to becoming a Teach For America recruiter back home in Kentucky. “You have such a stratification of wealth here, and a real fraying of institutions. You get to see those things when you’re in the guts of the country,” he says. “So I got involved politically.”

In 2014 he volunteered for the re-election campaign of Mitch McConnell, which made McConnell the U.S. Senate Majority Leader. Then Oleka left his recruiting job to work for the campaign of a Republican candidate for governor, Hal Heiner, whom he felt had a solid approach to attacking generational poverty. (That was the no-benefits, cut-in-pay job that made him a weekend Lyft driver). In that moment Oleka was calculating, “if we could win this thing, we could make big changes.” Then came the election. “We did not win this thing.”

Oleka took a job at a marketing firm while assuming a significant volunteer workload for Allison Ball as she was running her first race for state treasurer—attending public events on her behalf and helping with debate prep. “In Kentucky, where there’s no elected superintendent of education, the treasurer is uniquely positioned to have a big role in education,” Oleka says.

After Ball won the election and hired Oleka to run Treasury communications he become an envoy to the state legislature. In his current job he's worked to pass legislation that mandates every Kentucky high school student learn financial literacy as a graduation requirement, starting with 2020 freshmen. 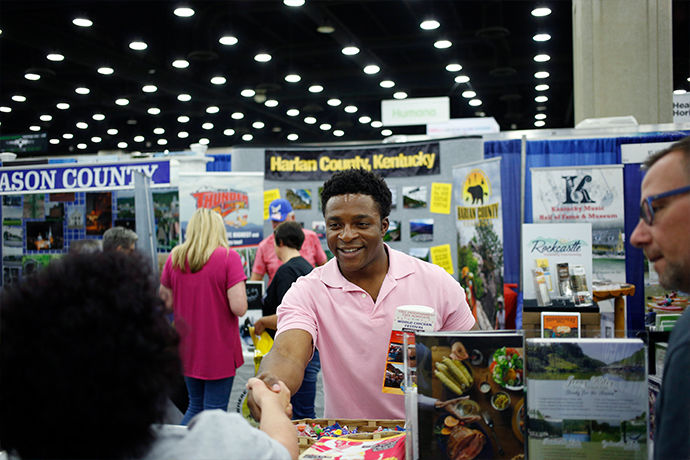 Oleka is also pursuing a doctoral degree in higher education. “Higher education is that sweet spot between a quality education and a good job, and if you can get a person a good credential in the most affordable way possible,” he says, “then you’re on the pathway.”

If he knows his next career move, Oleka isn’t saying. But his goal is to lead an enterprise that will move families out of poverty. “Everything has to be aligned with that statement of purpose, or it has to give me skills to reach my goal,” he says. “That’s what you have to think about when you make a job decision. Otherwise, you’ll find yourself careening from one good job or financial promotion to another, but you won’t get where you want to go.”

Emily Berglund: Say Yes to Everything

Six years ago, Emily Berglund (Kansas City ’16) found herself graduating from the University of Wisconsin a semester earlier than expected. She’d hoped to work in wildlife rehabilitation, having spent a college internship rescuing orphaned manatees in Belize, but now she was scrambling to get any job she could find in the field of zoology.

She took her first offer and moved to a tiny private island in the Florida Keys. There she joined the four-person staff of the Pigeon Key Foundation and Marine Science Center, which hosts school and youth groups who come to the island to study the fish and coral reefs and ecosystem of the Keys.

Berglund became what she calls a jack of all trades, learning how to develop curriculum and lead lessons and also how to market to schools, do billing, coordinate schedules, and manage other members of the staff. It was during that expansive first job on Pigeon Key that Berglund began to formulate her philosophy: that the best kind of career planning is un-planning.

She explains her approach: “Say yes to everything,” then “give 110 percent” to develop every possible competency your job offers. That positions you to be a well-rounded candidate for a wide variety of mission-driven jobs. 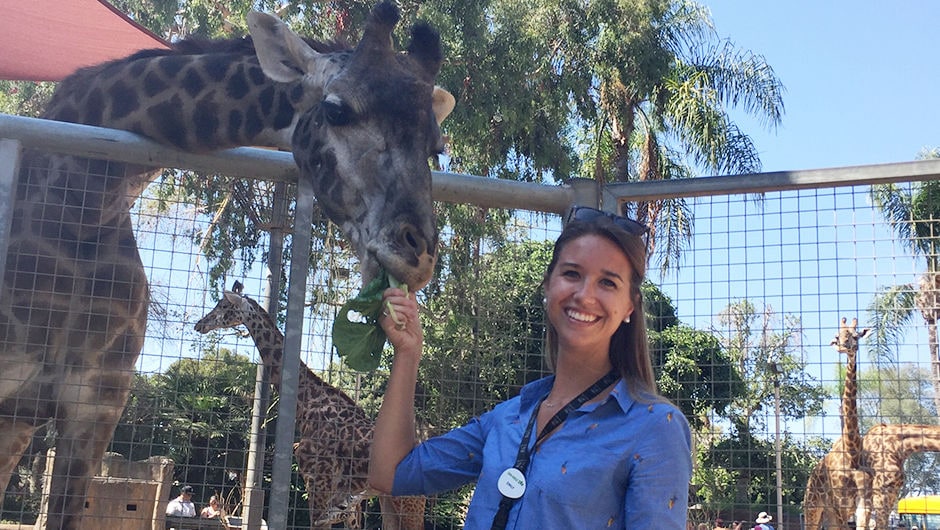 Emily Berglund is now an education manager for the San Diego Zoo.

Berglund first developed a keen interest in educational equity while working at the marine science center on Pigeon Key. “I started noticing the huge disparity in the schools who would visit and the students we’d observe,” Berglund says. “We’d host a school from a wealthy suburb and every kid had snorkel equipment, every fifth grade class could rattle off the name of every fish they saw, and I would see the advanced math homework they’d be doing after dinner.

“Then we’d get a group of students from a school who had fundraised for two years so they could afford to get there. The kindest, most respectful group of students I’d work with all summer would be eighth graders who had math skills below the fifth grade level.”

Berglund moved off the island to a bigger aquarium and, in that job, acquired a whole set of new skills. But she missed direct interaction with students, and she felt compelled to go to work on inequality.

Teach For America placed her in a seventh grade science classroom about as far from an ocean in America as you can get. Still, she fell hard for Kansas City and her students. As her corps experience was winding down, she applied to be an education manager for the San Diego Zoo. “I never expected to get a call back” from the world-renowned zoo, she said. But the call came.

In her current job, she works with student groups from many Title I schools, teaching lessons at the zoo and bringing students on field trips to coastal habitats. She expects to continue moving between careers that weave together care for wildlife with fairness for kids. “Maybe through working with students at the zoo, I’ll find a school that I love, and I’ll retain my license and go back to teaching.