When these three team up on stage, the results are perfectly organized, goal-oriented, and hilarious. 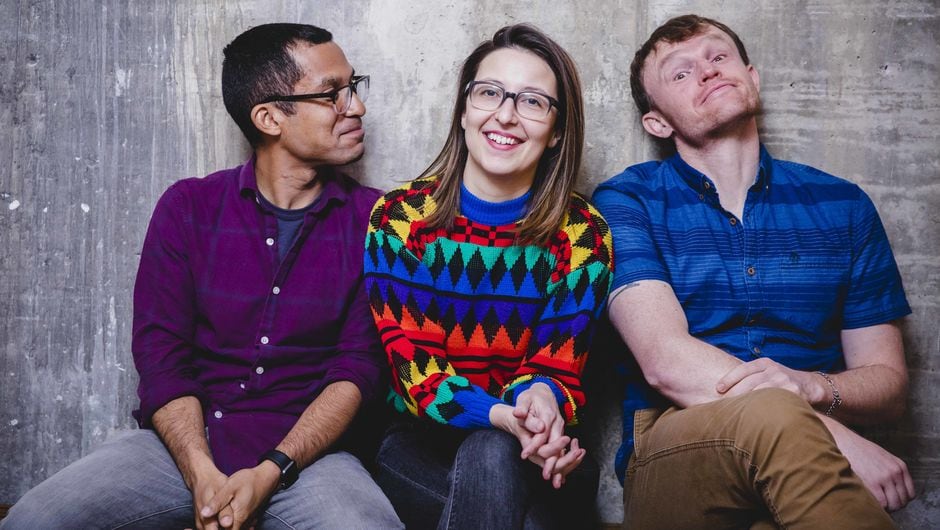 Three Teach For America alums walk into a bar. (Actually, it’s a Brooklyn restaurant called Gertie that serves whole rotisserie duck, something called “schmaltzy potatoes,” and the Dirty Gertie: aquavit, white vermouth, and pickle brine.) Every Wednesday, this trio hosts the Good Delivery Comedy Show in the restaurant’s basement, free of charge. Let’s give it up, folks.

Natasha Vaynblat (N.Y. ’09) Natasha works for Comedy Central Digital, where she writes, performs, produces, and directs videos for YouTube, Facebook, and Twitter. (A recent clip from her Your Worst Fears Confirmed series: “Can I Get Herpes from a Towel?” Spoiler alert: “100%.”) She also performs with the Upright Citizens Brigade improv group and regularly hits the stand-up stage. “I just did a comedic gallery show where I put up self-portraits and did monologues, in character, for each image,” Natasha says.

James Hamilton (G.N.O. ’07) In addition to doing stand-up, James hosts America’s Next Top Cult, a Manhattan variety show that bills itself as “the only comedy show that might ruin your life.” In 2018, he won The Moth’s New York City GrandSLAM Championship. James is also head storyteller for Dear World, a nonprofit that helps organizations tell their stories. “I’ve led narrative facilitation with Fortune 100 companies and essentially just done what was a fifth-grade writing lesson with these high-powered businesspeople. It blew their minds—like, that was amazing!” James says. “And I’m like, yeah, there are thousands of us. We’re teachers.”

CJ Hunt (G.N.O. ’07) As a field producer on The Daily Show with Trevor Noah, CJ pitches and directs correspondent segments like “How Racist Is Boston?” and “That’s Fracked!” about the development of a fracking site behind a school in Colorado. CJ is also a fellow at New America, where he directed a feature-length documentary, The Neutral Ground, about the removal of Confederate monuments in New Orleans and “America’s struggle to finally break up with the Confederacy,” which will air on PBS in 2020. He also occasionally hosts The Moth live storytelling events.

Apparently Teach For America is a natural springboard to a career in comedy. Is TFA the new SNL?

CJ: The feedback culture of TFA has brought me far in comedy! We’re constantly sending each other work. There hasn’t been a job I’ve applied for or a joke or submission to a late-night show where I didn’t send it to these two for feedback.

Natasha: A few weekends ago we organized a writer’s retreat that felt very TFA.

CJ: [in teacher voice] “We’re going to share for 90 seconds and then have two minutes of feedback.”

Natasha: We had this other friend there who isn’t TFA, and she was definitely like, “You people are crazy.”

So tell us about your show at Gertie.

Natasha: It’s a free weekly show that we host up top and do sets during the show. We book the rest of the lineup ourselves—it’s four or five comics. It started because we’re good friends who love comedy, and we also wanted a way to promote really diverse, wonderful New York comedians we love.

CJ: Some are folks I work with on The Daily Show, some are writers from Comedy Central. We have access to comics with great credits but whom the audience might not know. There’s joy in seeing an audience discover people who for a long time have been our comedy crushes. 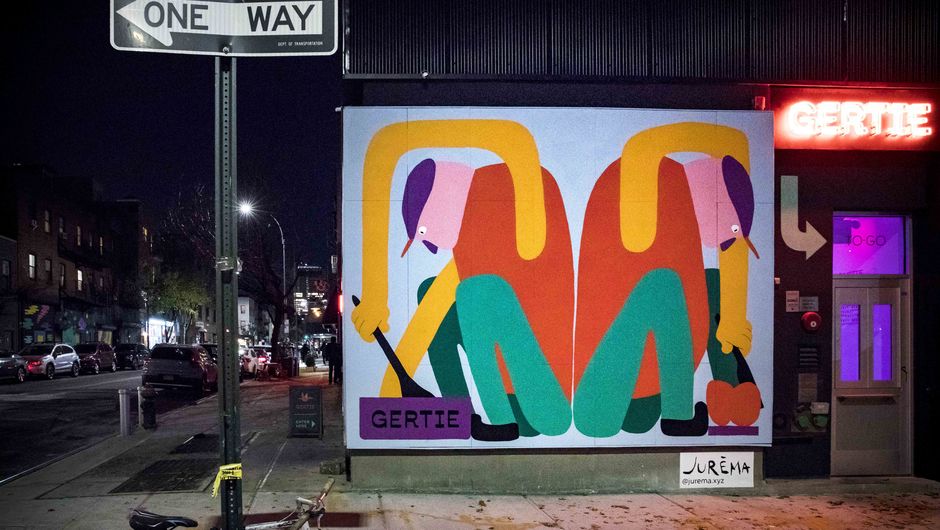 Were you funny as teachers? Intentionally or not.

Natasha: The first year, absolutely not. It took a while for me to feel like I was myself with the students. By year four they saw a little more of the me you see on stage, when I started teaching a comedy/improv elective.

Unintentionally, my second year—I was incredibly confident delivering the closing of a lesson. I sat down, the chair was gone, fell right on my butt. It was the hardest they ever laughed.

Which brings me to my next question: in the classroom, slapstick or sarcasm?

James: Slapstick for sure. I taught fourth grade.

What was the funniest lesson you ever taught?

James: Actually, this is the story that won the Moth. As a happy Friday reward, I took my kids several blocks away to a park. I was chasing one kid under the jungle gym, which is the perfect height for a 10-year-old. But I’m 6 feet tall, and I stood up too soon and hit my head on the bars. It kind of knocked me out, and I fell to the ground. This kid was just laughing and laughing. But then I stood up and looked at him, and blood started pouring down my face. It was like a horror movie. Eventually I had to get nine staples in my head.

CJ: Really that’s a lesson on the limits of slapstick.

Comics and teachers both need to get the room back sometimes. What’s your best trick for doing that?

“Improv is an exercise in listening and generating on other people’s ideas. That’s powerful when you think about working with kids and not just positioning yourself at the front of the room as the one with all the answers.”

What’s the kindest, gentlest way to bring up the deodorant conversation?

James: Wow. Such an important question. So, I might start by talking to a group of kids first, not singling out an individual—this is honestly how I handle hecklers in standup. Or maybe I’d just go ahead and blame myself: “Hey! I’ve noticed I have terrible body odor. If anyone else thinks they might, too, feel free to join me. I will be doing this!”

You’re in charge of teacher professional development for a day. What would you teach?

James: Improv is pretty revolutionary for a teacher. Not just for the typical reasons like, “Oh, you can think on your feet!” For me, the deeper reason is that improv is an exercise in listening and generating on other people’s ideas. That’s powerful when you think about working with kids and not just positioning yourself at the front of the room as the one with all the answers. It’s actually listening to what kids say and building on their ideas as opposed to correcting them or telling them what the answer is supposed to be.

What’s a good resource for that?

Natasha: Literati is a favorite of mine. I’ve been on it a few times, so I’m biased. But it’s great if you’re an English teacher and want to laugh at literary culture.

Finding Love in the Corps