He was a corps member who thought he didn’t stand a chance. She was an alum who agreed. That is, until he danced his way into her heart. They’ve since traveled the globe, learning what merging lives, cultures, and families is all about. 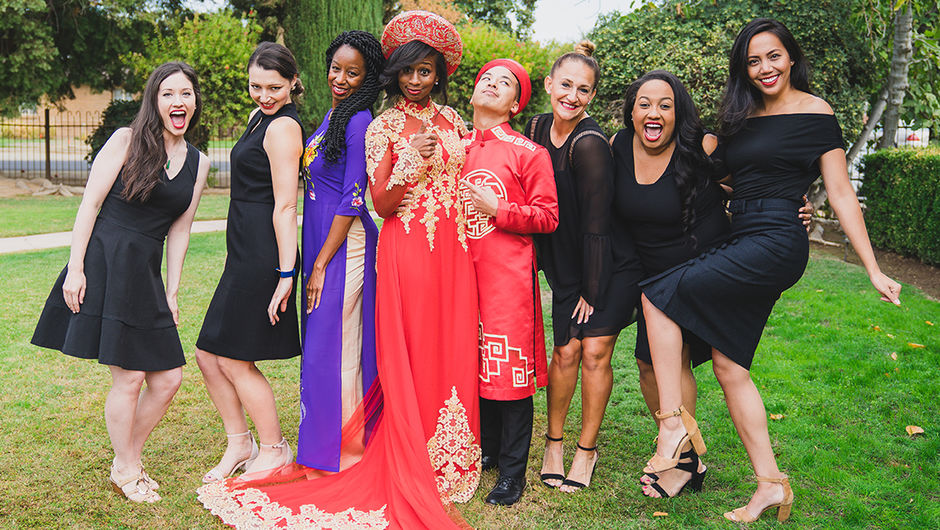 Meet married TFA alumni Hoang and Brooklynn, who fell for each other after Hoang showed off his breakdancing skills during a night out.

About Brooklynn and Hoang 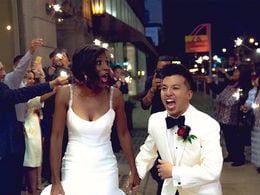 Careers: Hoang is a first-year law student at the University of California, Davis. Brooklynn is an outreach specialist at Cosumnes River College.

Hoang: Brooklynn was greeting corps members at a TFA L.A. holiday party. I was immediately struck by how beautiful she was but never thought she would go for me. I was a short first-year corps member. Like, who did I think I was trying to date someone like her?

Brooklynn: Hoang came into the holiday party with some other corps members, laughing and talking loudly. Everyone else came wearing ugly Christmas sweaters, but Hoang had on a snapback hat, baggy jeans, and a Crenshaw crewneck. After taking down each of their names, Hoang walked by me and mumbled “Mmmm, Brooklynn.” I thought to myself, “No he didn’t just say that!”

Hoang: To this day, I don’t remember saying that!

How did you get past that awkward beginning and start dating?

Hoang: It took about two years. It wasn’t until the evening of my alumni induction that something sparked between us. I still didn’t think she was interested in me, although I’d had a crush on her all along. That evening a group of friends got together to celebrate induction, and Brooklynn came along. We went to the 901 Bar, and I remember her wearing this beautiful yellow dress. We danced at Echo Park’s Funky Soul and ended the night eating phở in Koreatown.

Brooklynn: When I got back home, I began to text Hoang, but I stopped myself, thinking, “It’s way too late.” 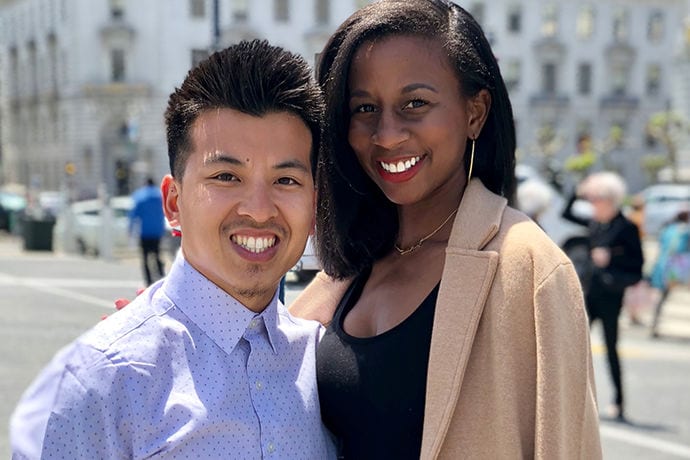 Hoang: The moment I sat across from her at the phở restaurant.

Brooklynn: When we were dancing at Funky Soul and Hoang showed the crowd his breakdancing skills, I pulled my friend Veronica Palmer (L.A. ’06) aside and said, “Girl, I’m about to marry this man!” And later, when we sat across from each other eating phở, he made me laugh nonstop. I knew that from that night on, Hoang was the only person in the world who could make me laugh like that.

Hoang: My style. I got to a place in my life where I realized if I’m going to be with someone like Brooklynn, I have to think about the way I look. I learned how to buy a cheap suit and get it tailored to look expensive. Being with Brooklynn made me step up my game.

Brooklynn: Hoang still wears a backwards hat sometimes, and I find his confidence so refreshing.

Brooklynn: I’m African American, and Hoang is Vietnamese. We both bring incredibly rich histories to our marriage, but also some painful baggage. We took a trip to Vietnam to visit Hoang’s family in 2015. As an African American woman growing up in the United States, I’m used to discrimination, so I wasn’t surprised to get the constant stares in Vietnam, but it was difficult to know that in addition to my lack of knowledge of Vietnamese language and culture, my skin created another layer of distrust for some members of my new family. Being an interracial couple has challenged us to talk about race with our families more often. We know that people will continue to stare at us and come up to us asking questions like, “How does this work?” (Yes, this actually happens.) For the sake of our future children, we will continue to embrace every opportunity to show this world that our love is stronger than fear or hate. 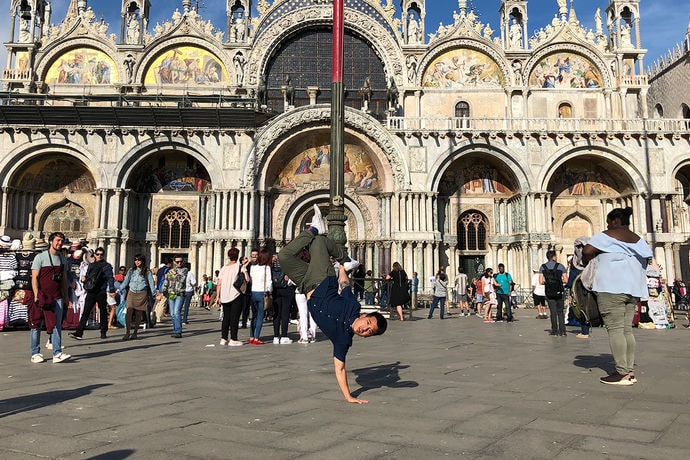 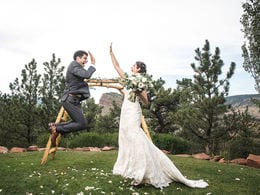 And what keeps your love strong?

Brooklynn: We’ve just taken an entire year off work to develop our relationship, travel the world, and learn more about our family and ancestral history. It has been incredibly fun. Everybody needs to do this, either alone or with a partner. We’ve been to Japan, Italy, Spain, and we’ve spent a lot of time with family and friends. That was the really hard part of the trip. Almost as hard as creating a budget with zero income. We needed this time to consider what we want out of our marriage, and to build strong relationships with those who support us the most.

Hoang: This year off was special because we learned things about each other’s families, as well as our own, that we might not have otherwise. My parents rarely talked about their emigration story before, and I finally got to ask those questions. Both Brooklynn and I learned more about my parents’ journey to the United States and their experiences living here early on. During our time in Fresno, California, we learned about Brooklynn’s grandparents who started the first black newspaper in the region. We’re compiling our stories and connecting our families to hopefully carry on those stories to our children.

Any advice for other TFA couples?

Hoang: The work will always be there. It’s easy to check our app notifications, emails, LinkedIn profiles, Facebook, and Instagram posts and feel the need to compare ourselves to others, and feel like we should somehow be doing something more. It’s easy to lose sight of the most important thing in your life: your partner.

5 Essential Tools for Leading as a Person of Color

Five Ways to Fit Self-Care Into a Busy Workday