These Student Storytellers Are Getting Seen

In the Rio Grande Valley, a group of film students are creating prize-winning work that reflects the better world they want to live in. 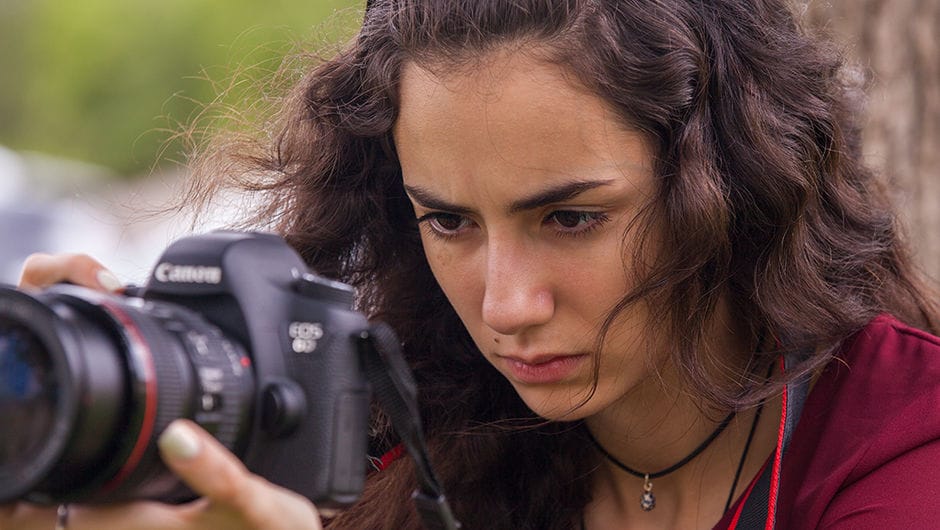 When someone watches a video that May Ramirez, 17, helped produce, they see the world according to May. That means everything to this aspiring filmmaker. Her team of four students from McAllen High School’s audio-visual program (KMAC) won first place at this year’s International Student Television Network Conference for a public service announcement that urges teens to end gun violence in schools. More than 3,500 international student filmmakers attend this conference, and the Rio Grande Valley team competed against more than 20 teams in the short film category.

This wasn’t KMAC’s first time at the top. Last year, the McAllen students won in the same category for a film about the rights of individuals. Students in earlier years gravitated toward comedic film projects, team coach Rob Garza (R.G.V. ’02) says. He saw students take up more socially conscious topics after he began to ask them to analyze how media outlets represent their religion, their culture, and their personal conflicts.

May wants to tell stories that show what immigrants sacrifice when they leave everything behind for a chance at a better life. Her parents emigrated from Mexico. For a long time, she struggled with feeling misunderstood by her peers. She acted last year in a video, #RefugeesWelcome, about Syrian refugees in the U.S. It gained accolades at the All-American High School Film Festival in New York, the International Crime and Punishment Festival in Istanbul, and South by Southwest in Austin, Texas.

May is comfortable acting in front of the camera, but lately she’s interested in being the filmmaker who controls the narrative. For people who aren’t always understood, “I get to be their voice.”

Our Leaders Must Reflect the Communities They Serve