The Role of the Teacher in the Work of Liberation

There is no such thing as a ‘neutral’ teacher--they must always be on the side of dismantling oppression. Carter G. Woodson, author of The Mis-Education of the Negro, and the “Father of Black History,” posed the question in 1933: “But can you expect teachers to revolutionize the social order for the good of the community? Indeed we must expect this very thing.” He writes, “The educational system of a country is worthless unless it accomplishes this task.”

Teachers are among the most notable and essential professionals within any society. A teacher, James Baldwin writes, “deals with the hearts and minds of young people, and must, therefore, ‘be prepared to go for broke.’”

With our country at a time of high division, when brutality against Black bodies persists and wars continue to rage around the role of education in this country, where then should teachers sit? How might educators be called to operate in ways that will help to drive this country forward?

There is great debate around the role of the teacher within any society, and particularly in America. Some believe that teachers must take an apolitical stance, that their teaching should not sway students to believe in one way or another, but should stick, instead, to the facts, to developing students’ skills--that a teacher’s focus should be to prepare children academically for their future. Others believe the very opposite, that teachers must be truthtellers, advocates, and teach children in ways that allow them to understand and take action with an understanding of the truth, the whole truth.

As an educator, I have long held the words of Nelson Mandela as truth: “Education is the most powerful weapon which you can use to change the world.” My experiences in education over the past decade have allowed me to work in schools throughout the world, predominately in schools that serve the communities and children that have been relegated to the margins of our society. As a result, I think that educational systems, and therefore, teachers, are integral to the work of liberation.

In 1963, in his address, “A Talk to Teachers,” James Baldwin cautioned that we are living through a dangerous time, and while we are 57 years out from the time in which Baldwin delivered this line, we face awfully similar parallels. We, too, are living through dangerous times. We are living through two pandemics--a global health pandemic and a racism pandemic, both of which continue to disproportionately claim Black lives. What, then, should teachers consider with respect to their roles right now?

Teachers have to be willing to move away from dangerous notions of what it means to be a teacher.

This is a time when teachers, and all educators alike, must be willing to both confront and reorient their stance on what it means to be a teacher. This means teachers must be willing to reject the dangerous notions of what it means to be a teacher. Dangerous notions are the (often unchecked) ideas that teachers have about what their role ought to be. Examples of dangerous notions include: the belief that neutrality is a harmless stance, that teaching is apolitical, that it is okay to be colorblind, and that teachers should not engage in the work of anti-racism or social justice and should not touch upon controversial issues.

For teachers who believe they “do not see color,” or that their teaching is not impacted by it, there must be a realization that this is both false and impossible, and that in doing so, teachers who teach BIPOC students are essentially saying that they do not see their students.

Additionally, teachers have to acknowledge, understand, and act on the truth that neutrality is a profoundly harmful stance. The great Desmond Tutu reminds us that to be “neutral is to be on the side of the oppressor.” Teachers, particularly those of us who have the privilege to shape the hearts and minds of Black children, must understand that we either play a role in perpetuating oppression or we use our teaching as a means to interrupt, disrupt, and dismantle oppression. There is no such thing as being a neutral teacher, and we have to be viciously and vigorously vigilant on the stance that we take with regard to oppression.

Teachers, too, must also grapple with the belief that teaching ought to be apolitical. I often encourage educators who believe this to dive more deeply into the history of education, specifically schooling, in America. Schools in America were political in their founding. The first schools in our country were established to promote and sustain the political ideals, aims, and goals of this democracy. And schools then, as they do now, were mirrors of the societies in which they operated. This meant that schools in this country were political in the sense that they were to perpetuate the dominance of white males, and were exclusionary.

“As educators we must be ruthless in pursuing the whole truth regarding the political aims of this society, and particularly those aims regarding Black lives.”

Furthermore, Baldwin cautions us in that 1963 address that “the crucial paradox which confronts us here is that the whole process of education occurs within a social framework and is designed to perpetuate the aims of society. Thus, for example, the boys and girls who were born during the era of the Third Reich, when educated to the purposes of the Third Reich, became barbarians.” And so we must consider the aims of this society, particularly through the lens of the children and communities whose lives and futures are the most vulnerable. Baldwin then reminds us in that same year, this time in a letter penned to his nephew, that “this innocent country set you down in a ghetto in which, in fact, it intended that you should perish.”

As educators we must be ruthless in pursuing the whole truth regarding the political aims of this society, and particularly those aims regarding Black lives.

This means that we have to truly unpack what it means to be “apolitical” in a society and country where the initial aims were, in fact, to enslave, ridicule, mock, destroy, and erase the very individuals who are deemed inferior within this society--BIPOC people, Black women, the poor, queer people, immigrants, and other groups who are relegated to the pits of this society. This means that we have to commit to unpacking our own ideas, beliefs, mindsets and philosophies as it pertains to the purpose of education and teaching, and also what we believe about our students, their families and about people who are different from us. This means that we must think differently about our curriculum, and begin to consider how it can be a tool that further perpetuates oppression or as a weapon that is used to dismantle it. Educators have to continue to study, to read and to engage in forms of critical discourse that will expand our minds and hearts because we hold powerful positions. We must be vigilant. And we must be intentional in the ways that we teach our students to understand society, this country, their communities, and the role that they play in humanity.

Teachers should grapple with what it truly means to love their students.

Teachers ultimately believe that they mean well, and I believe that. Teachers also believe that we are acting from a place of deep love in choosing to engage in this powerful position. And, this is true. Teachers, however, who are seeking to truly make change in society and in the world ought to be willing to grapple with what it means to “act” on loving their students, particularly teachers who teach Black children. Dr. Cornel West writes that, “justice is what love looks like in public.” How then, as teachers, might we begin to understand what this means for all of our students and our families? Can we begin to embrace and teach with the understanding that love and justice must go hand in hand, and that as a great act of love we choose each day to teach for justice?

We continue to live and operate in times that are profoundly dangerous, and quite violent. The beauty, however, is that there is great hope within our field. Teachers get the opportunity, daily, to influence what and how young people think, what they read, what they will see and how much they will get to use their voice. Teaching is a great privilege, and it is a profession, a call, a path of great hope. Might we all move to a place of embracing the power of teaching to eradicate the ills of the world that we live in. 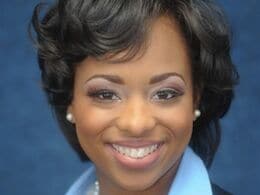 Jamilah Pitts is an educational consultant, writer, and yoga teacher whose work sits at the intersection of anti-racism, social justice, womanism, and wellness. More of her work can be found at: www.jamilahpitts.com.

Teach For America is a 501(c)(3) nonpartisan, nonprofit organization and does not endorse any campaigns or candidates for public office. Recipients of AmeriCorps funding, including most TFA corps members, are prohibited from engaging in political, voter registration, and census activities while charging time to their AmeriCorps grant.

Examining Learning Through an Anti-Racist Lens