The Census Counts as an Educational Equity Issue

Why everyone who cares about education should care about the census, according to an executive director of the Census 2020 Count Committee. 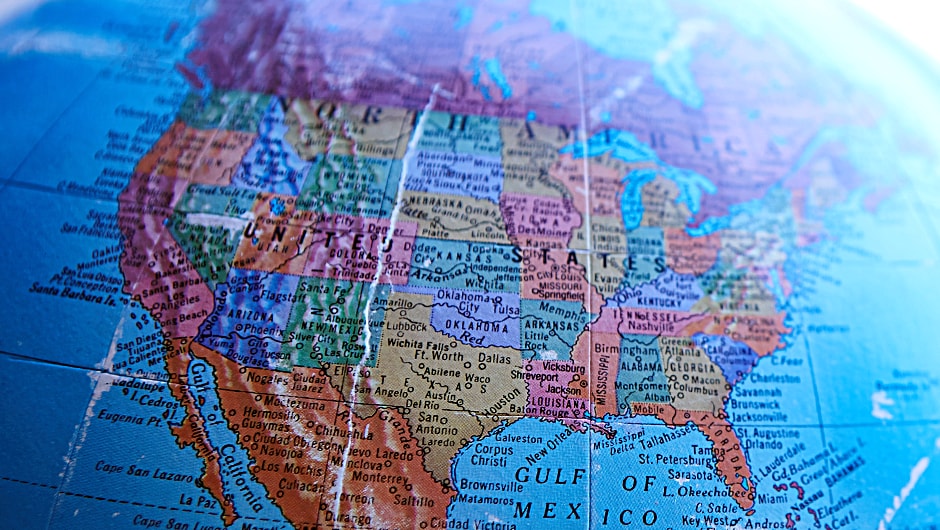 The 2020 U.S. Census, a once-in-a-decade count of every person living in the United States, is in progress. But this census has been unlike any other in its 230 year history: in light of the coronavirus pandemic, the deadline for collecting census data was pushed back from July 31st to September 30th.

This extension has given people like Casey Farmer (Bay Area ‘07)—the executive director of the Census 2020 Count Committee for Alameda County in California—more time to get the word out about the census. Casey and her team work in partnership with nonprofit organizations, schools, and community leaders to do outreach to historically undercounted communities about the importance of the census.

For Casey, her work on the census is deeply rooted in her commitment to public education. She continues to advocate for her students by fighting for the programs and the resources that our public schools—and the students that attend them—deserve.

I spoke with Casey to learn more about the census. Often citing her home county of Alameda as an example, Casey answered our questions about what census outreach looks like in her community during the pandemic, and why everyone who cares about education equity should care about the census. 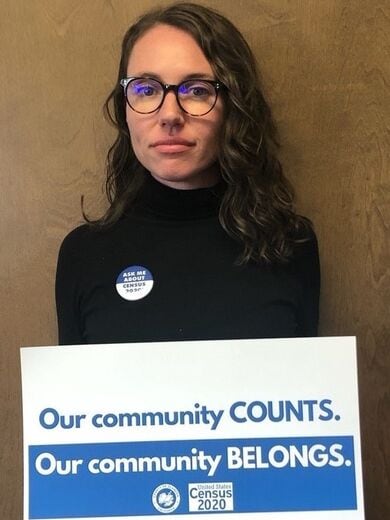 Casey Farmer, a Bay Area '07 alumna and the executive director of the Census 2020 Count Committee for Alameda County in California.

Can you explain, in a nutshell, what the census is and what it aims to do?

To use an education analogy, I would say that this census is how America takes its attendance. It's like a roll call to determine how many people live in each state and in each city. This decennial census has just nine basic questions, but there are follow up surveys that help identify income levels, disability, education levels, et cetera, in particular communities.

It's first and foremost for the numerical assessment of who lives in our country for the distribution of resources that are coming in Congress. We need determination of how many congressional seats each state gets. As the most populous state, California, we have 53 representatives, and if we're undercounted, we are at risk of losing seats. The data is also really, really vital because it's used for things like redistricting, as we ensure our school board, our legislative, and our other special districts have equal representation.

In California specifically, each person counted ensures that there is $1,000 that comes back to their community per year over the next decade. For our state, it’s really a $10,000 return on the 10-minute investment of your time.

Can you tell me about what census outreach looks like during a pandemic?

We were scheduled for family meetings at schools, parties, and a plethora of really beautiful community engagement opportunities for people to learn about why the census is about claiming our power and our place in the community, especially with our young people.

We are quite disappointed not to have those physical spaces to be able to gather large groups of people, but we have adjusted in order to ensure that we're making the census accessible to folks. Our philosophy at this point is to go where people are safely convening, where we can do this type of outdoor enumeration and urge people to participate in answering any questions.

The schools have served as a really fundamental access point to the community because of the vast food insecurity and economic shifts caused by COVID-19. The schools have really been pillars of support and providing those food resources, diapers, and even pet food. We are really grateful to have the partnerships with the school districts and the libraries and other places that are doing those distributions. We can continue to touch the members of the community who have not yet responded.

Speaking of schools, what does the census mean for education and school resources? What do schools stand to gain or lose based on the census count?

Every Californian counted ensures that $10,000 comes back to their community for a variety of resources and services. Title I education is one of those categories. School lunch programs are funded based upon the number of people counted per state and per community. So are Head Start slots, which are so important to ensure our children are ready for kindergarten and have access to high-quality early education.

The census also determines funding for foster care services that serve a number of our community members, as well as food stamps and WIC programs that nourish our children. Disadvantaged communities are further disadvantaged if they're undercounted, because their fair share of these resources, and the representation that they deserve, are determined by the population count.

“Disadvantaged communities get further disadvantaged if they're not represented and they're not given their fair share of resources. Inequality is exacerbated due to an undercount.”

How is the census an educational equity issue?

The census is our tool to make change and to accurately reflect the total number of people that live in a community, in all of its diversity. Those important responses are then utilized to make lots of important decisions that affect every child in their classroom. It affects the dollars that come into their school, the dollars that provide the resources in their community, and the total number of people that represent them in various levels of government.

If we're fighting for educational equity, it's really vital that we have access to the funding. The census is our way to ensure that those dollars are distributed more equitably. I just think disadvantaged communities get further disadvantaged if they're not represented and they're not given their fair share of resources. Inequality is exacerbated due to an undercount.

What communities are considered historically undercounted?

Why are these communities so frequently undercounted in the census?

I think it's distrust. I think it's a concern that government programs still might not be satisfactory to their needs, even if they complete the form. It’s not feeling that this is a worthwhile investment of their time. Or they’re not aware that this is really a constitutional requirement that everyone gets counted. It's not voluntary, everyone is supposed to be counted.

I also think that the current administration caused significant fear in immigrant communities. The administration proposed a citizenship question in 2018, and the inclusion of that question would have deterred the thousands of immigrants in our community from participating. The attempts to even include that question definitely spiked a lot of fear. Even this week, they put out a statement saying that undocumented individuals should not be included in congressional allocation, even though that's completely unconstitutional. All census responses are protected by some of the strongest confidentiality laws in all the federal government.

How do you try to counter this distrust or lack of awareness of the importance of the census with information?

In a place like Alameda County that is 25 percent immigrants, we really need our cumulative numbers to reflect everyone that lives here. We've been very intentional by creating some videos on our YouTube page that are immigrant testimonials of why they're committed to getting counted.

There are some really beautiful statements there that speak to feelings like, “I don't want to be erased in my community,” and “I don't have the right to vote in this country as an immigrant, but I do have the right to be counted.” Or, “This impacts my child's future and I'm a tax-paying, hard-working member of this community, and I deserve the same resources.”

We also knew that we needed hard-to-count community members to be able to speak with their own peers, that the message couldn't come from just advertising or governmental offices encouraging them to participate. It needed to be messaged from their own communities. We trained over 800 people. We gave $1.7 million in grant funding to organizations who are what we call "trusted messengers."

Yasi Safina-Davies gives a testimony on the census as a child of immigrants. The Alameda County Complete Count Committee is collecting the testimonies of immigrants throughout the community to highlight the importance of the census.

For our AANHPI and Latinx communities, the census can be a really powerful tool for data disaggregation—or breaking down information about broad racial groups into smaller subpopulations. Can you explain how the census can help?

Generally, the census does inquire about some specifics such as our age, our race, and ethnicity. There's two separate questions for that. It is America's roll call, so it's supposed to be a true representation of all the unique diversity that we have.

It could be a powerful way to get detailed data so that the AANHPI communities, for example, are not clumped together into “Asian American,” but are really reflected as their unique identities. However, that depends on the people's responses on the specific form, and for your box to be reflected there. On the census, Japanese, Chinese, Korean are listed, but not all of the AANHPI communities are reflected. The respondent needs to go to the next step and type in their identification.

For Native communities, if you just mark the American Indian or Alaska Native box, but you don't specify which tribe or community you identify as part of, then we don't have a full, accurate count. The data and the statistics are off. For the Latinx community, it's even more confusing because there's no “Latino” race box on the census, so people can get confused. They may skip the question, and then that gives us inaccurate data.

I think the census is a powerful tool for data disaggregation, but the form itself has some flaws.

Do you have anything to add about why the census is so important?

I often tell people that the census is so much more than a questionnaire. It really will impact our future for the next decade and beyond. It's a pillar of democracy to distribute power and resources equitably.

This interview has been edited and condensed. We want your feedback. Share your thoughts on this story or suggest other stories for us to pursue.