Teaching in the Aftermath of Capitol Riots

Corps member Evie Elson shares what it's like to lead a classroom in the wake of January 6. 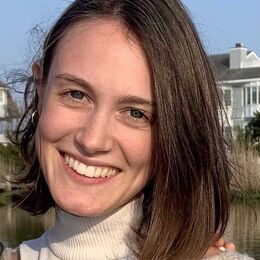 When second-year corps member Evie Elson (Charlotte-Piedmont Triad ‘19) heard the news that insurrectionists had besieged the United States Capitol on Tuesday, January 6, it was after 9 p.m. She had just wrapped up a long day of teaching remotely from her mother’s house in London that week. With back-to-back classes, she had not seen the news alerts or texts that had been accumulating on her phone throughout the day.

Evie, who teaches eighth grade science at Whitewater Middle School in Charlotte, said she went to bed feeling numb after watching the news coverage with her family.

“I didn’t know how to process it,” Evie says. “I dreaded having to explain this to my students the next morning. I knew I would have to find the words that I hadn’t been able to come up with for myself.”

But being five time zones ahead worked in her favor.

“I had several hours to process this in the morning before anyone had woken up in the U.S.,” Evie says.

So she got to work planning out a processing space for the students in her social-emotional learning group. It was a collaborative effort. She texted her eighth grade team and together, across an ocean, they began creating a slide deck to guide the conversation. Evie’s colleague and fellow corps member Taylor Woods (Charlotte-Piedmont Triad ‘19) contributed some additional resources as well.

As with previous classwide processing spaces, they wanted to ensure that their students were driving the conversation. And they did not shy away from wrestling with deeper discussions about race, privilege, and the emotional toll of witnessing blatant inequity.

“One thing my team agreed upon was the necessity in discussing the ways that anger is validated depending on your race in the U.S,” Evie says. “This enabled our students to have a conversation about how this runs much deeper than a partisan divide.”

In response to the pictures comparing police treatment of Black Lives Matters protestors to the Capitol rioters, “One of my students said, ‘I don’t know what justice means any more because the people who need it the most aren’t served it,’” Evie shares. “That stuck out to me a lot.”

“I knew if I wanted to disrupt systems of inequity, I needed to understand how they worked. Education was where I wanted to start.”

Evie’s desire to engage students in critical thinking exercises and discussions about real-world issues largely stems from her own lack of exposure to justice issues and current events in her own K-12 schooling experience. The daughter of two American expats, Evie grew up in London and ended up studying American politics in college. Her college coursework exposed her to societal inequities of which she had previously lacked awareness.

And it was that heightened awareness that ultimately drove Evie to pursue classroom leadership. “I knew if I wanted to disrupt systems of inequity, I needed to understand how they worked. Education was where I wanted to start.”

For Evie, teaching this school year and last has been both mentally and emotionally draining.

“The role of a teacher is so much more than simply teaching,” she says. “We are having to process everything that is going on in the world for ourselves, and then also having to take the extra step of creating spaces that allow students to do that too. To have to be so self-assured and emotionally clued in all the time is mentally exhausting.”

And on top of supporting students through difficult personal, national, and global disruptions and traumas, teaching virtually has layered on additional challenges.

But even in the face of these obstacles, Evie is finding hope from her students.

“I’m so grateful to be part of their lives during this hard time,” she says. “My students are the most sincere, creative, earnest people I’ve ever met. They have such a vision for how they want to show up in the world. It is awesome to see that coming from 13- and 14 year-olds.”