Liz Bush clocks miles and hours as she brings health care talent to rural communities and other places that are feeling the need. 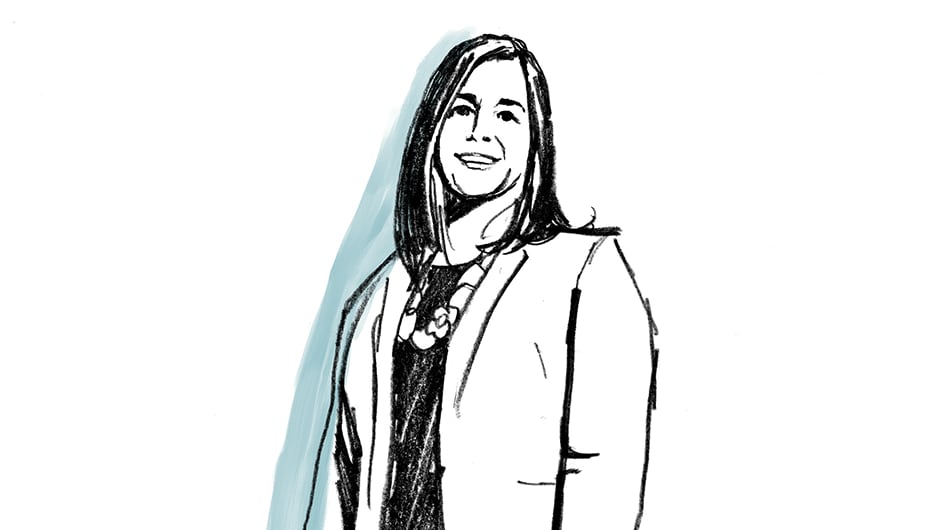 Elizabeth “Liz” Bush (New Mexico ’04) is the director of Wisconsin’s Area Health Education Center (AHEC) Program, an arm of the School of Medicine and Public Health at the University of Wisconsin-Madison. The job of AHECs, a federal initiative since 1971, is to recruit, train, and retain health care workers to practice in rural and other underserved places. Those include doctors and nurses but also pharmacists, physician assistants, nurse practitioners, and public health workers. Centers are active in 44 states plus the District of Columbia, Guam, and the Northern Mariana Islands.

In Wisconsin, Bush oversees the state’s seven AHEC Regional Centers, which stretch from Beloit (down on the Illinois border) to Marengo (up near Lake Superior).. Each center is an independent 501(c)(3) organization with a community-based board of directors. The centers’ work varies somewhat by region, but all are building pipelines to bring outside talent to areas with medical shortages and to help community members become their own health care professionals. Efforts run the gamut from organizing field trips for medicine-curious high school students, to supporting third-year medical students through clinical rotations in rural settings, to helping in-community health care professionals avoid burnout.

As director of Wisconsin’s overall program, Bush has to find the balance between supporting and guiding the work of regional centers while satisfying the requirements of AHEC’s state and federal funders—not to mention being a mother of two and PTO president. What does that look like on a typical day? We followed her to find out.

Bush wakes up, but she’s not the first to rise at her household in Brooklyn, Wisconsin (an exurb of Madison). Jonah, an uncommonly self-sufficient 10-year-old, has been up since 5:30 a.m. and is already showered and almost ready for his bus. Which is good because 7-year-old Norah requires 35 minutes of cajoling to get from her bed to her elementary school, visible from the Bushes’ backyard.

After a 45-minute drive, Bush arrives at the South Central AHEC Regional Center in the small city of Beloit, where she has a two-hour meeting scheduled with the center’s executive director, Traci Lindsey. It’s the Monday after Thanksgiving, and this downtown office building hasn’t finished defrosting from the holiday break. A small black space heater in the conference room corner whirs against the Wisconsin chill, to limited effect.

Bush and Lindsey review the South Central AHEC’s varied programming work in 2019. Some of the state’s AHEC initiatives are homegrown and state-specific, like Wisconsin Express, a weeklong immersion program that takes university students into medically underserved areas of the state, each with a different focus (Beloit’s is health disparities, especially between racial groups). Other offerings are driven by the National AHEC Organization, like AHEC Scholars, a new two-year program that sends cohorts of students studying health professions into communities for “experiential learning” (including internships, research, and job shadowing for non-MD students, and clinical rotations for med students).

Wisconsin AHEC is also the on-the-ground provider for the national nonprofit HOSA-Future Health Professionals (like Future Farmers of America but for health careers). AHECs also fund already-operating local programs. This past year, after winning a grant from the Health Resources and Services Administration, the Beloit AHEC used the money to support organizations training peer specialists, mainly former opioid users who successfully transitioned out of addiction. Part of Bush’s job is keeping this complex machinery running smoothly to achieve big impacts across the state.

It takes Bush a bit more than an hour to drive to Madison via an Interstate 90 under heavy construction. Bush spends a lot of road time traveling to and from the state’s centers and listening to podcasts. On today’s drive, it’s an episode of Stuff You Should Know, “How Conversion Therapy Doesn’t Work.”

Across the street from her office, Bush grabs a to-go cup of potato leek soup and a Coke Zero from her regular place: the cafeteria of the UW Health University. From there she heads to UW’s Health Sciences Building.

Professor Bush (though her master’s in public health students call her Liz) convenes her once-weekly seminar class, Communicating Public Health Effectively, in a conference room-style classroom. In her AHEC position, Bush is also a UW faculty member, but she’s not required to teach a course. As a former university lecturer in New Mexico, she chooses
to teach.

Today her nine students are discussing the second half of the nonfiction book The Poison Squad by Deborah Blum. It’s about a crusading scientist investigating food safety for the Department of Agriculture around the turn of the 20th century, before the FDA was established—the era of snake oil salesmen and Upton Sinclair’s The Jungle. “Have you talked about this book with anyone else?” Bush asks near the end of class. One student responds, “My wife is vegan, so I shared certain tidbits to affirm her decision.” 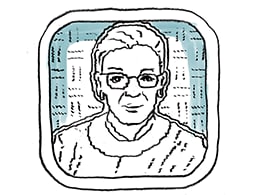 In her fourth-floor office Bush has her weekly check-in with Thalia Williams, who leads evaluation for Wisconsin AHEC. Bush has good news: A postmortem report on that grant used to train peer specialists in opioid addiction treatment was approved. Bush and Williams had worked from their homes on the Friday after Thanksgiving to submit it. “It never comes back this quickly,” Bush says, before giving Williams a two-handed high five. On her office whiteboard she crosses off “Nov 30 – Opioid Report,” then contemplates the three December report deadlines looming below.

On a normal Monday, Bush would be stuck working late to review applications to the UW medical school; she sits on the admissions committee (another requirement of her AHEC director role), which convenes on Tuesday nights, so her application review scores are due by 11:59 p.m. on Mondays. (Reviewing those apps is tricky, Bush says, because it’s a holistic process with no clear rubric to follow. “I created my own because I can’t be stopped,” she says, laughing.) But she’s excused this week—dentist appointment—so today she gets to leave work early, before the low winter sun sets.

“This is a very Wisconsin meal; everything’s kind of yellow,” Bush says of the spread of leftovers—mac and cheese, breaded chicken, corn casserole, mashed potatoes—she’s just reheated for Jonah, Norah, and her husband, Caleb, a professor at the Rock County branch of UW-Whitewater. Caleb gets home from work early enough to watch the kids after school and usually handles dinner. Tonight the family is in a rush to get to a group music lesson. Norah forgoes the leftovers and makes her own peanut butter sandwich.

In the sanctuary of First Presbyterian Church in the neighboring town of Oregon (pronounced O-re-GAHN), Norah, on violin, and Jonah, on cello, join seven other string students under the guidance of a cheery, patient young music teacher. In the audience, Caleb grades student papers on his laptop. Liz slips out to get to her last appointment of the day. In the near-empty lot outside, the cars are mostly parked Wisconsin-nice, with spaces in between.

Bush is president of the PTO at Norah’s elementary school, and this year she helped lead a district task force to redraw school attendance boundaries. She feels compelled to attend tonight’s “info session” at Oregon Middle School although she knows it will likely be dramatic. The district has proposed changing school start and end times in 2020, partly in response to research suggesting high schools should start no earlier than 8:30 a.m. But as a result, elementary schools would start earlier and extend their school day by about 20 minutes. Some parents are not happy, and tonight’s meeting is their chance to show it: “Unacceptable.” “I know for a fact my kids will not do well that early in the morning.”

After the night’s superintendent Q&A session, Bush hovers on the edge of a breakout group for parents to discuss school schedule changes. She doesn’t chime in but listens carefully to the upset parents’ perspectives.

More than once today, she’s mentioned how her work depends on building and maintaining relationships. Tonight it’s time to do that as a parent.

The Road to a Healthy Education May Run Through Medical School