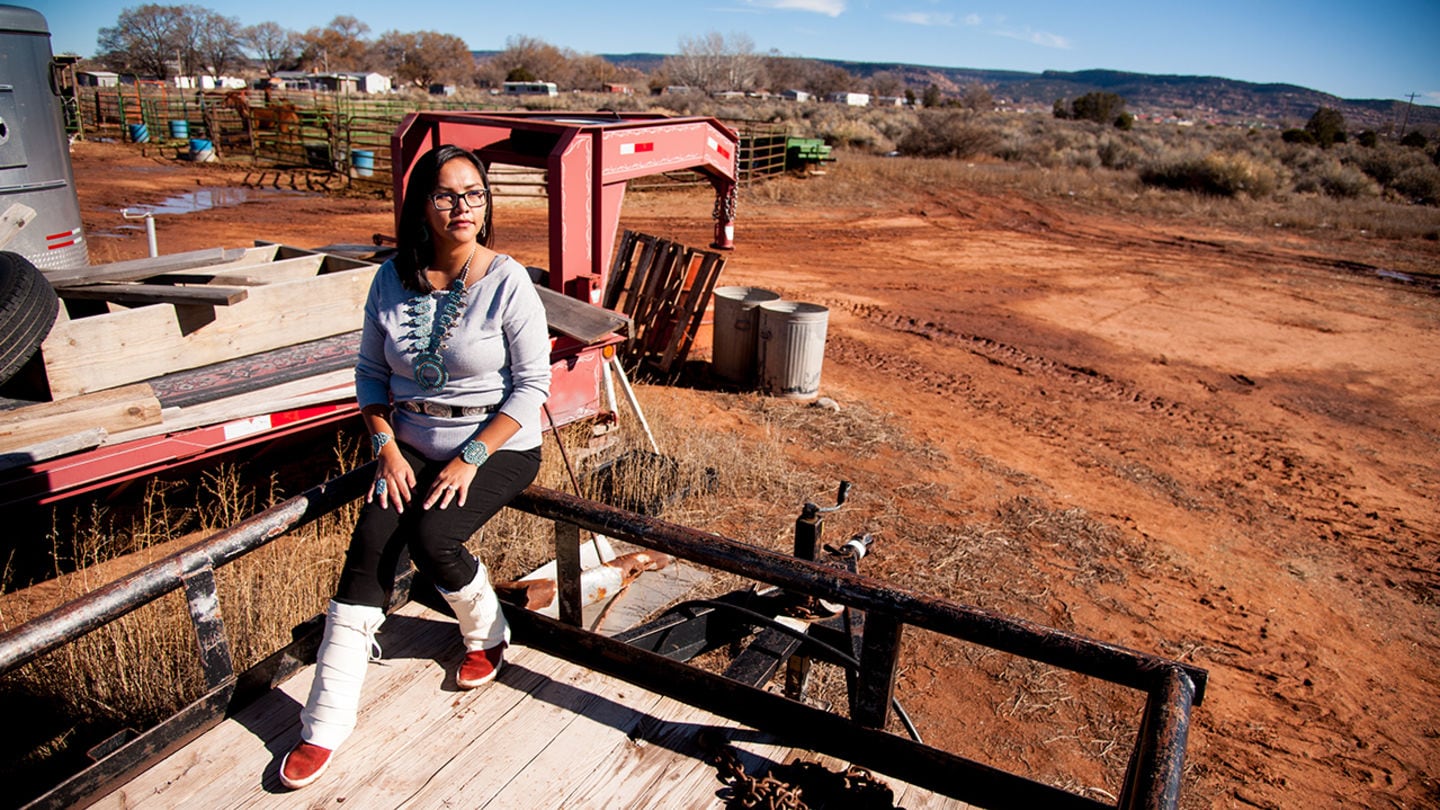 Two alumni on the Arizona-New Mexico border—one who's returned home, one who's made a new home—share why they've stayed. 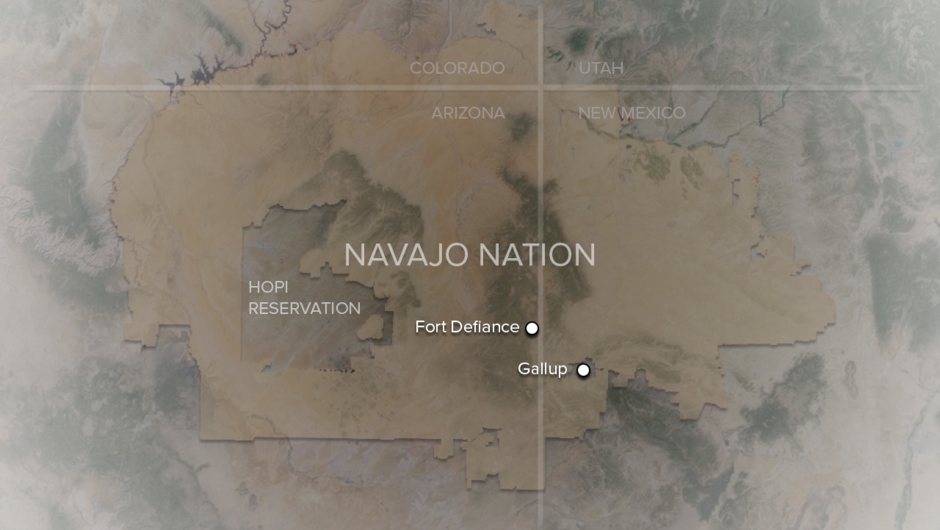 Fort Defiance, Arizona, a town on the Navajo Nation, and Gallup, New Mexico, at the reservation's border, are about 30 miles apart. For Shayla Yellowhair and Patricia Largo, the area's red, rocky landscapes are home. 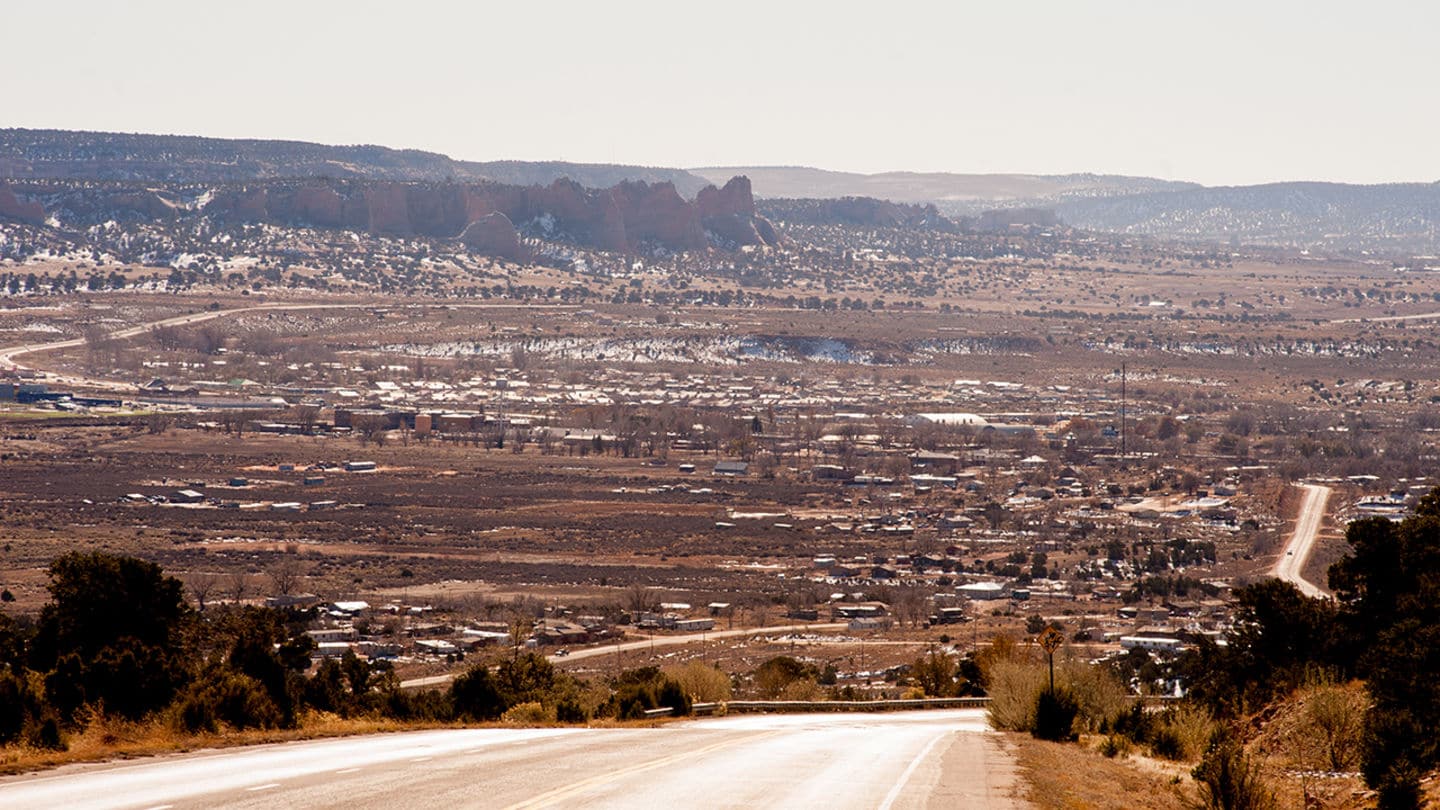 In Fort Defiance, Arizona (Pop. 3,624), Shayla Yellowhair (New Mexico ’07) is the manager of community investment and tribal relations for Teach For America - New Mexico. Yellowhair, her husband, and their three children live in the same house where she was raised, on land that has belonged to her family since before her grandfather was born. They keep six horses and two dogs, Wishbone and Ya Bear (shown here), named for her young daughter’s pronunciation of “strawberry.” In Fort Defiance, she says, “My kids get to be unapologetically Native.” 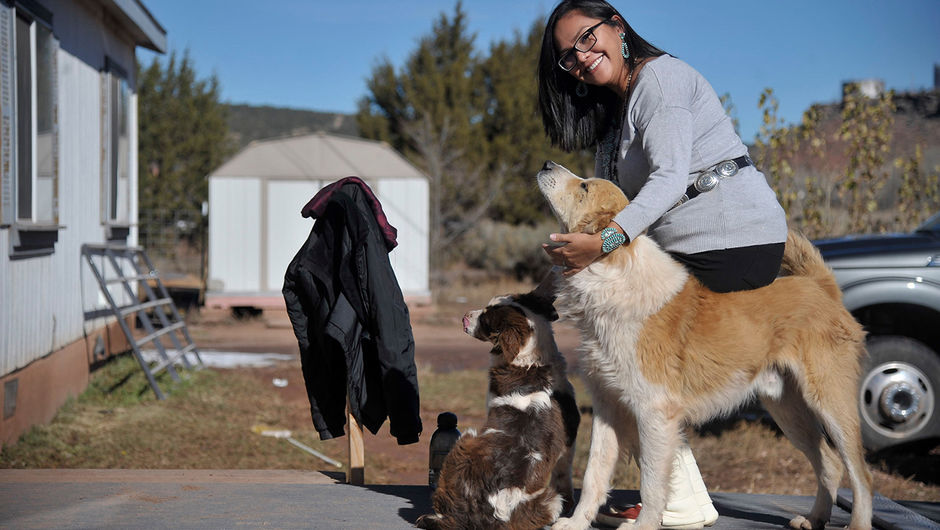 At work, Yellowhair’s charge is to support what she calls the Coalition of Native Teachers: a group of seven educators of American Indian heritage—including five teachers not affiliated with Teach For America—practicing culturally responsive teaching. Generally, Navajo language and culture are taught as electives in public schools, she says—when they’re taught at all. The teachers Yellowhair works with lead courses such as Indigenous Science and Native Literature. Some hold Feast Days, celebrations at which students and staff can dress in traditional Diné (Navajo) clothes. “We’re really trying to reinforce that it’s OK to look this way,” she says. “It’s OK to be Diné.” 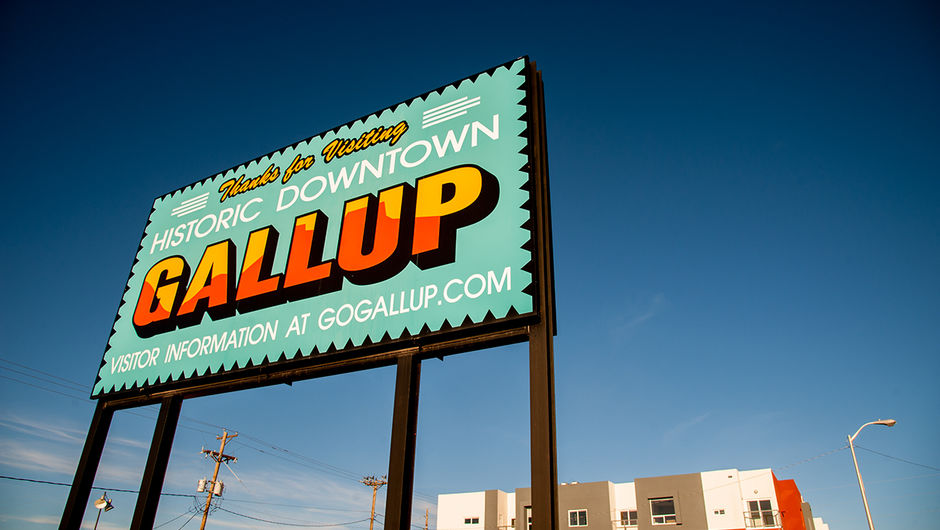 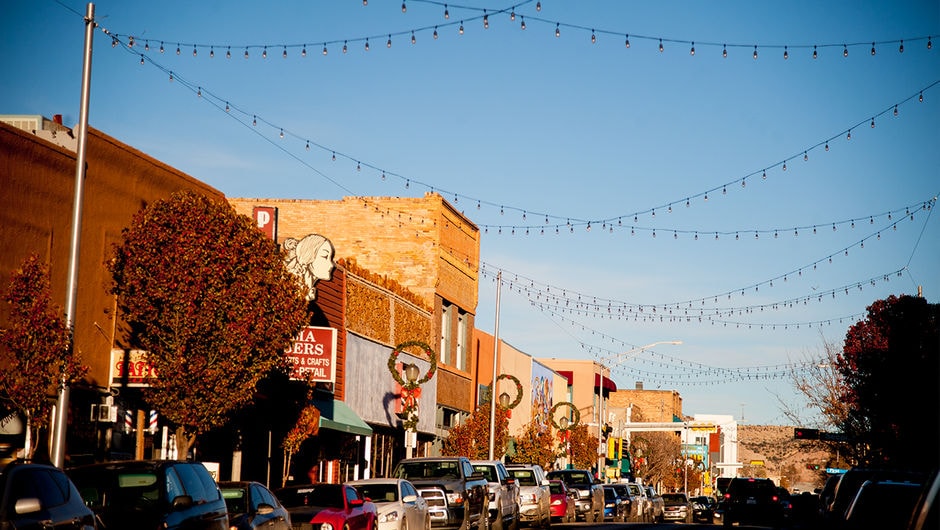 In Gallup, New Mexico (pop. 22,469), Patricia Largo (New Mexico '02) is the instructional coach at Juan De Onate Elementary School. Largo moved to Gallup as a corps member 13 years ago. In that time the city, situated in the rocky expanse of northwestern New Mexico, the town has undergone a small renaissance. There’s now a monthly arts crawl on the main drag (shown here), a dog park, downtown murals, and historical walking tours, which she hosts over the summer. Her community has deep challenges, too, like the prevalence of alcoholism and joblessness. But one of the pleasures of building a life in Gallup, she says, has been participating in its improvement. 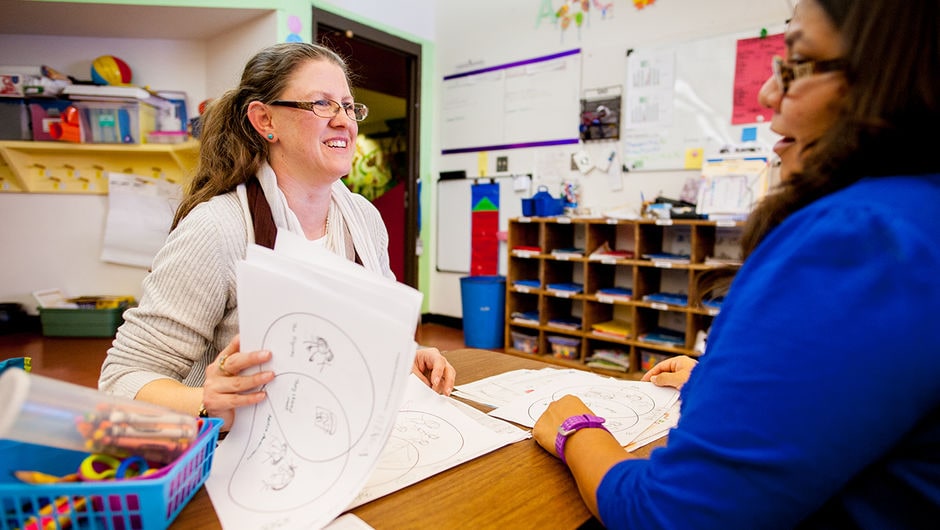 At school, where she is in her first year as an instructional coach, she relies on longtime colleagues to support her as she provides coaching in grades she’s never taught. “I’ve been in Gallup long enough that I have those connections,” she says.

Largo’s husband is Navajo. He grew up in the area and had a mixed experience in school. His perspective has deepened her empathy for indigenous families, she says. “I want to make sure I’m not like the teachers he remembers. I’d like to offer students and families hope for a future they want.”

Teach For America’s focus on rural communities goes back to its 1990 inception, when Eastern North Carolina and Rural Georgia were two of the six charter regions. Since then, thousands of corps members have taught in small towns and outposts from Appalachia to the Navajo Nation.

Turnover is “a huge challenge,” says Lisa Nuyens (St. Louis ’05), director of Teach For America’s Rural School Leadership Academy, which aims to stem the outflow of talented educators. “You’re often geographically isolated, not only from other corps members or alumni, but from other young people,” she says. “There’s also this perceived, and real, lack of professional development and career opportunities.”

In this photo series, we visit five alumni, across four states, who are living in rural communities and working to make their towns places where all kinds of people can thrive.

Also in this series: Idaho and Arkansas.