For Native Heritage Month, our community partners share how they are creating educational opportunities that place Native students at the center. 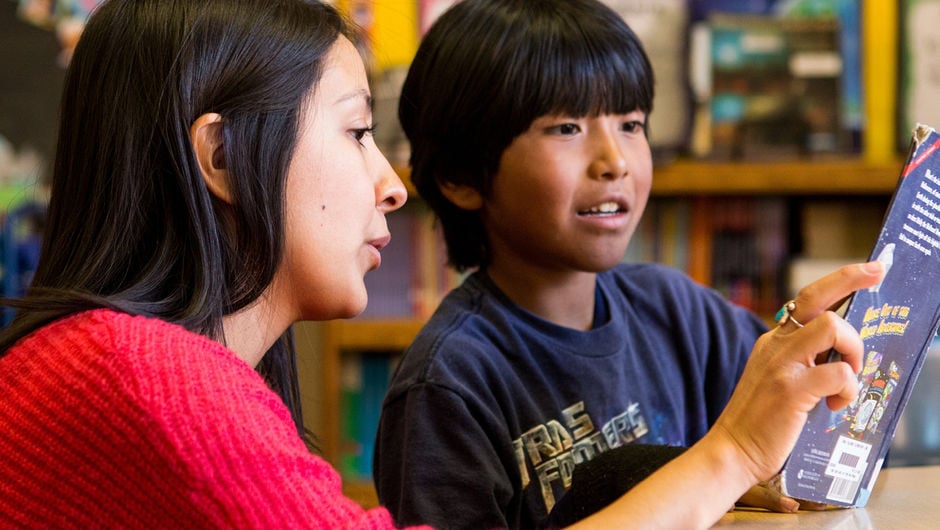 Education is a path to self-reliance, economic stability, and sovereignty within Native American communities. Yet for centuries, education has played a complicated role in American Indian history, often used as a coercive tool for eradicating Indigenous cultures. As Indigenous communities continue to process and heal from this history, their resiliency and resolve to reclaim their own way of educating their people remains stronger than ever.

As we celebrate Native Heritage month this November, we spoke to three Teach For America partners who are among those leading the movement toward educational sovereignty within Native communities. They shared their thoughts on how they are working to provide more Native students with access to a quality education—one that affirms their identities and leads to opportunities for college, career, and a chance to invest back into their community. 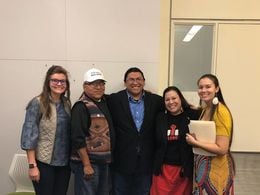 Ninety percent of Native students attend public schools, and many of them live and attend school in urban centers located away from tribal lands, according to the National Congress of American Indians. Yet Native students make up only 1 percent of the overall student population in public schools, and their representation in classrooms and on campuses remains marginal. Many Native students report feeling invisible and don’t see their identities, cultures, and languages reflected in their teachers, textbooks, and school activities.

Phil Gover (Pawnee/Comanche/Paiute) remembers how it felt to not be “seen” from his own experience attending school in Reno, Nevada. Early on in his career as a college recruiter, he visited the Native American Community Academy, a school entirely devoted to the needs of Navajo students living in Albuquerque, New Mexico. It completely transformed his worldview about what is possible.

“I had never been to a place where kids who looked like me had a learning environment designed specifically for them,” Phil says.

In the decade that followed, Phil worked in close partnership with tribal and education leaders as well as several members of Teach For America’s Native alumni community to develop a plan for launching a similar school in Oklahoma. In 2018 he launched Sovereign Community School, Oklahoma’s first public charter school centered on serving the needs of Native students living in Oklahoma City.

The school offers a rigorous, culturally relevant curriculum that challenges students to understand and affirm their roles as citizens of the many Native nations that make up Oklahoma’s diverse Indigenous population. Science classes are rooted in Indigenous worldviews and values, such as students’ relationships to land and environmental stewardship.  Literature courses expose students to works by Native authors. Students also participate in regular wellness classes that encompass all aspects of their health—physical, spiritual, social-emotional, and academic.

“Our wellness class is perhaps our most important class for thinking about how we achieve the school culture that we're really going after,” Phil says.

While students from all backgrounds can attend Sovereign Community School, the majority of the student body is Native, representing at least 18 different tribes. Phil says he and his team are re-imagining what educational sovereignty could look like when an urban public school is designed by and for the Indigenous community.

“We will not persist if we let other people who aren't us tell us what the most valuable knowledge is to carry forward to the next generation,” he says.

Phil is already planning to launch two more schools in Oklahoma next year, Comanche Academy and the Pawnee Community School, which will be the state’s first tribally authorized charter schools. Phil says the schools will be more culturally directed at the kids and the community that they were designed to serve.

“If we can develop within our tribes the capacity that we've developed over the last 50 years—to administer our own government, and our own tribal housing programs and our own health care systems, and apply that to education—then we're really reclaiming a part of who we were as societies—but that was taken from us generations ago,” Phil says. 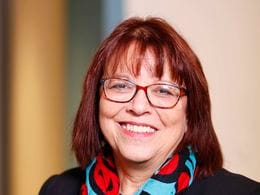 Only 14.5 percent of American Indian and Alaska Natives age 25 and older have a bachelor’s degree today, compared to 31.3 percent of the overall U.S. population, according to a 2016 U.S. Census Bureau survey.

While these statistics are deeply troubling, Cheryl Crazy Bull, president and CEO of the American Indian College Fund, says there’s a nuance to these numbers that is important to understand: “For Native students who do graduate, especially those who graduate on time, many are doing so having overcome significant barriers.”

Among these barriers, many Native students lack access to college preparatory courses and counseling on the college admissions process while they are in high school. There are also big financial barriers around paying for college tuition. And when Native students attend colleges where they represent the minority of the student population, many struggle with feeling invisible, especially when issues of racism and stereotyping persist.

Cheryl, who is a Sicangu Lakota citizen, leads the College Fund’s efforts to eliminate these barriers to college access and graduation among Native students. Led by a board of tribal college and university presidents, The College Fund has spent the past 30 years increasing Native students’ access to tribal colleges and universities by providing scholarships, programs, and support.

There are 35 tribal colleges and universities situated on or near American Indian reservations. These institutions offer an affordable higher education steeped in Native culture and traditions, with a focus on developing tribal leaders who invest back in their community.

To date, the College Fund has provided more than 131,000 scholarships to American Indian students, investing $201 million into programs that support education within Native communities.

Through the College Fund’s Native Pathways program, students receive coaching and support as they navigate the college admissions process and transition into college life.

“It's been a remarkably successful initiative to give students that boost of confidence they need and help them realize that they really are post-secondary material,” Cheryl says.

After graduation, scholarship recipients can apply for the College Fund’s Ambassadors program and receive ongoing career development, public speaking, and networking opportunities. The College Fund also supports Teach For America’s efforts to recruit graduates of tribal colleges and universities into the classroom as K-12 teachers.

“These programs are not only critical for building our students’ confidence in their identity, but they are also helping students see themselves on a path to college to become future scientists, researchers, lawyers, or doctors,” Cheryl says. 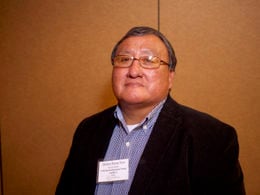 Education sovereignty is the inherent right of Indigenous tribes to define and reach their own educational goals for their students, families, and communities.

As Quinton Roman Nose puts it, “Tribes were not waiting on the shores of the Atlantic for Columbus to bring us education. We have always had our own means to provide instruction and education to our tribes.”

Quinton is an enrolled member of the Cheyenne and Arapaho tribes and executive director of the Tribal Education Departments National Assembly (TEDNA). The organization was founded in 2003 with a mission to support American Indian and Alaska Native tribes in their pursuit of education sovereignty while also honoring each tribe’s unique spiritual and cultural traditions.

Tribes that formalize their own tribal education department can join TEDNA. As members, they receive support around the practical and legal aspects of managing their tribe’s education initiatives. TEDNA also helps tribes build the capacity to move forward with their education goals by connecting them with a national network of tribal education departments where they can seek advice, learn from each other’s models, and share best practices.

“Many tribal education directors—no matter how much experience they’ve had in education—still need to acquire a steep learning curve,” Quinton says. “The value of the TEDNA network is that it includes leaders who have deep knowledge to share.”

Since TEDNA was established, Quinton says he’s seen an increase in the number of tribes making progress toward education sovereignty. Even smaller tribes such as the Jemez Pueblo tribe of New Mexico are transforming student outcomes as a result of developing and implementing a comprehensive tribal education plan. The tribe’s K-12 charter school has a graduation rate of 89 percent, dramatically higher than the statewide average of 49 percent for Native American students. Quinton says that dedicated tribal education leaders such as Kevin Shendo of the Jemez Pueblo tribe show what can be accomplished within a progressive tribal education department.

“It’s a slow movement. But many tribes have put their hearts into this work and have done some great things,” Quinton says. “A new generation of Native students are graduating knowing their history, their culture, and will have the opportunity to make important contributions as tribal citizens.”

TEDNA also partners with Teach For America to support tribal education departments in bringing more Native teachers into the classroom.

“Teachers have a huge influence on helping Native students develop their path to opportunities for college and career,” Quinton says. “Unfortunately, we don't have enough Native teachers to do this work. I'm proud to be partnering with Teach For America and supporting them in this effort.