In honor of Native Heritage Month this November, Teach For America’s Native alumni and staff members share what it means to serve as leaders and role models within their communities. 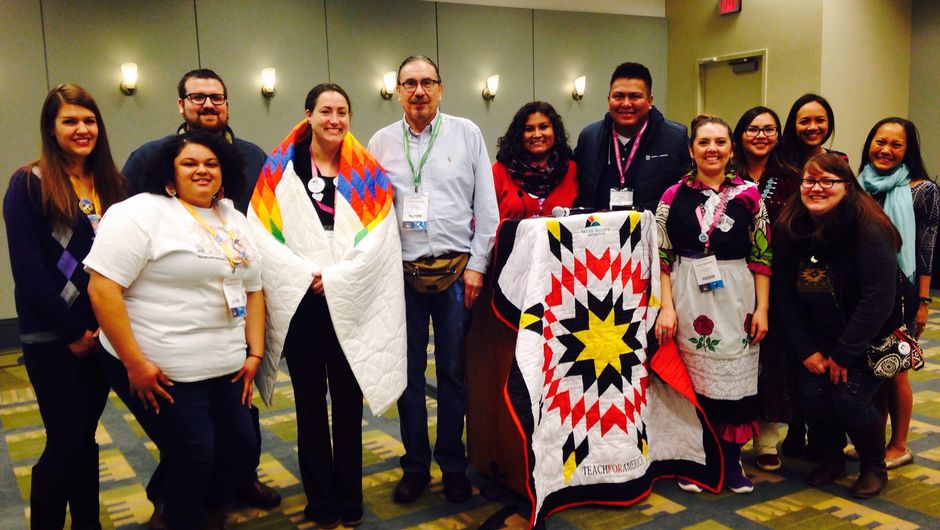 Teach For America’s Native alumni, corps members, and staff are part of a growing movement of more than 250 leaders who are opening up new opportunities for Native youth while also celebrating and preserving their culture. They are in the classroom, helping schools develop a culturally responsive curriculum that embraces the languages, traditions, and identities of Native students. They launch nonprofits that fight for equality for same-sex couples and create opportunity for women within the Native community. They serve as social workers, financial advisors, and school board members, who understand the complex needs of Native children and their families.

The narrative surrounding Native children is often dominated by themes of poverty and hardship. Many of their stories are missing or marginalized in history books. Yet having access to leaders who share and affirm their culture, languages, and traditions offers Native youth the opportunity to rewrite their story in their own voice—as rebuilders and leaders of their communities.

This November we celebrate Native Heritage Month, honoring the rich history, contributions and sacrifices made by our nation’s indigenous people. We asked Teach For America’s Native alumni and staff to share what it means to serve as leaders and role models within their communities. They are helping the next generation of Native youth reshape the narrative about their future by showing them what is possible. 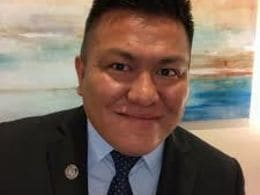 As the founder and lead organizer for The Coalition for Diné Equality—one of the largest LGBTQ+ political advocacy organizations in the country—Alray mentors youth leaders across Sovereign Nations, while organizing Navajo communities to combat social problems like suicide and violence toward transgender relatives. “We hold leaders accountable, provide LGBTQ+ inclusive programming for schools, and advocate for anti-discriminatory laws for tribal nations across the United States,” Alray said.

This past June, The Coalition for Diné Equality hosted its first ever Diné Pride Festival in Window Rock, Arizona—a historic moment for the Navajo Nation. For the first time in Navajo history, the rainbow flag and the pink and purple transgender flag flew proudly in the capital of the largest Sovereign Nation in the United States.

“We made that a reality,” Alray said. “It was as beautiful as the Navajo grandma who embraced her gay grandson while a Native trans woman said proudly on our stage, ‘We Are Sacred!’”

Alray’s organization has received national media coverage and was featured in the 2018 documentary, Moroni for President, about a Navajo man who campaigns to be the first openly gay president of the Navajo Nation. The organization is also working with Navajo lawmakers to pass a comprehensive hate crimes prevention law this year that will add LGBTQ+ protections under tribal law.

“Our oral tradition and the power of story-sharing is a cornerstone to the passage of knowledge from generation to generation,” Alray said. “Because of our community work, we are reclaiming our sacred roles as LGBTQ+ family members in our Sovereign Nations and continue to challenge the notion that we do not belong.” 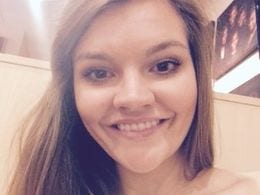 As a lifelong resident of Oklahoma City, and an active member of the Chickasaw Nation, Kyla has supported her community as an educator, mentor, and counselor from the time she was in high school. She currently works as a program therapist, providing mental health counseling and case management services to indigenous members of her community in Oklahoma City. Kyla works with families to confront tough issues like substance abuse, that impact multiple generations.

“Within our community we see a high risk of historical trauma,” Kyla said, referring to the cumulative psychological wounds that Native members of her community have experienced over many generations, following the loss of lives, land, and culture. “I believe that through self-reflection and providing a safe environment my work is dramatically impacting the Oklahoma community.”

Kyla has seen firsthand how culturally-responsive therapy can help families make incredible progress in their healing. In her practice, Kyla focuses on a trauma-sensitive approach and integrates Chickasaw culture into every session. She recently assisted two families in regaining custody of their children. Both families completed substance abuse treatment through her program and within a year have been reunited with their children and continue to maintain sobriety.

Kyla also serves as a founding member on the school board of the Sovereign Community School, a recently approved public charter school focused on serving indigenous children in Oklahoma City. The school will be the first of its kind, with a focus on culturally responsive teaching for indigenous kids and improving student and family wellness outcomes.

“The school will use a community-based indigenous curriculum to provide Native children with a safe and welcoming environment to thrive in,” Kyla said. 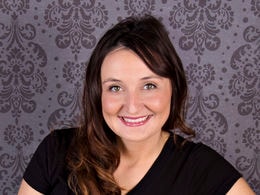 Lakota serves as the executive director of the Four Bands Community Fund, a Native community development financial institution built upon the Lakota phrase, Icahya Woecun, which means “The Place to Grow.”

Since 2000, the organization has helped Native residents on the Cheyenne River Sioux Reservation and those throughout the state of South Dakota to develop new business ventures and build financial sustainability. The Four Bands Community Fund offers small business loans, practical financial literacy courses, and programs for young entrepreneurs.

“Self-sufficiency, wise resource management, and a spirit of entrepreneurship have always been traditional Lakota values,” Lakota said. “Our programs and services are designed to empower our clients to achieve prosperity, whether it is through developing a new business or increasing personal financial skills.”

Since joining the Four Bands Community Fund in 2015, Lakota has helped raise over $7.5 million in capital, enabling the organization to lend $4.5 million to low-income, Native communities to start businesses and work toward financial stability. USDA Rural Development recently partnered with Four Bands for a pilot on Section 502 loans—federal aid for low-income home buyers in rural areas. During the pilot, a total of $1 million will be disbursed to eligible Native American home buyers located in tribal communities in South Dakota and North Dakota.

“This work is important and significant because Native borrowers have historically been overlooked and denied access to capital,” Lakota said. “The work I do contributes to closing the wealth gap for Native families which lays a strong foundation for our future generations.”

Lakota was a recipient of the 2018 “Native American 40 Under 40” award, recognized by The National Center for American Indian Enterprise Development for her economic development work. 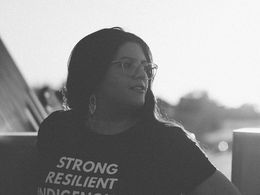 In addition to leading special education classes for Oklahoma City’s youngest students, Kate also serves on the advisory council for Teach for America’s Native Alliance Initiative and as a founding board member for the Sovereign Community School, the first indigenous charter school to be authorized in Oklahoma City, founded by former TFA staff member, Phil Gover.

The graduation rate for Native youth in Oklahoma City is 59 percent, lower than any ethnic or socioeconomic demographic in the city and well below the national average of 80 percent.

“This is an urgent epidemic,” Kate said. “For generations Native youth have been placed into schools where their histories and identities are silenced and ignored.”

To combat this, Kate has helped to advise the school on developing a curriculum that infuses indigenous perspectives, ideologies, and knowledge into every single course provided. In addition to a curriculum that affirms Native identities, the school will also focus on the holistic wellbeing of students and their families.

Kate has played an integral role in bringing local Native communities to the table to inform the design of the new school. She helped organize focus groups, community gatherings, and surveys to find out what the Native community in Oklahoma City wants for their children. Every aspect of the school—the name, the core values, mission and vision—is based on the voice of the community.

“What moved me the most, was a parent telling me that our events were the first time they have seen the inter-tribal Native community of Oklahoma City be activated, unified, and empowered for a cause,” Kate said. 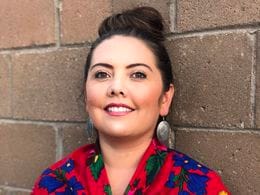 Nationwide, only 1 percent of businesses are owned by Native Americans. This percentage significantly decreases for businesses owned by Native women—one of the most marginalized groups in America today. As the founder and CEO of Native Ascension Community Development, LLC and My Native Sisters’ Fire, Inc., Ashley is one of these successful Native women business owners. She was recently awarded the 2018 “Native American 40 Under 40” award by the The National Center for American Indian Enterprise Development for her work with Native women and youth.

“As a Native woman who grew up on the Pueblo of Laguna reservation, I am witness to the ways in which the settler colonialism—founded in individualism and negligence for the environment—has and still is attempting to replace my indigenous community with their invasive settler society,” Ashley said. “The reason I started my hybrid company, Native Ascension and My Native Sisters’ Fire, Inc. is to combat settler colonialism and restore the dignity of Native women and Mother Earth.”

Ashley draws on her lived-experience as a member of the Pueblo of Laguna tribe in New Mexico to advocate on behalf of indigenous families, educators, and communities. She was appointed by her tribal council in 2015 to lead the Pueblo of Laguna Department of Education, a tribally-controlled education system in New Mexico. She fiercely advocated for culturally responsive education, Native teacher recruitment, and helped procure $26 million in funding from the federal government to replace her old elementary school on her reservation, built in the 1950s.

Ashley recently contracted with New Mexico’s Indian Education Department to help create the agency’s first-ever online cultural competency training, which more than ten-thousand teachers will use across the state. She also serves on the Governance Council for Coral Community Charter School, which was ranked the #1 Public Elementary School in New Mexico in 2018 by Niche, a national education research firm.

“The culturally relevant teaching I received from my teachers in school was transformational,” Ashley said. “My teachers affirmed my identity as a Native woman and brought my culture into the classroom. Culturally relevant instruction was the catalyst in my love for education and it afforded me the opportunity to attend the world-renowned Stanford University, where I received a BA and MA. Being blessed with phenomenal education experiences, I believe in giving back to children who live in Native and rural communities.”

Called to Speak: The Struggle to Ensure an Indigenous Language Lives On