The continued use of Native mascots in educational and professional sports settings has a long and harmful history. These mascots perpetuate racial stereotypes and cultural misappropriation, negatively impact the identity and psychological development of Indigenous children, and create a negative learning environment for all children. For these reasons, Teach For America publicly opposes the use of Native mascots and supports their removal from K-12 schools, colleges, universities, and professional sports teams.

For so many of us, this issue is personal. Teach For America’s policy calling for the discontinuation and elimination of Native mascots in schools and sports comes from many of us who have been deeply and personally involved for decades in fighting to eliminate racist mascots in schools and sports—mascots that dehumanize, characterize and stereotype Indigenous Nations and people.

This summer I celebrated 62 winters on Mother Earth. As I look back, over 57 of those years—dating back to when I first started school—have been negatively impacted by how I saw myself portrayed at school, especially during pep rallies and sporting events.

Both of my parents were enrolled members and citizens of the Oglala Lakota Nation on the Pine Ridge Reservation in South Dakota. During World War II over 150 families that historically called Pine Ridge home were forced to relocate off the reservation because the U.S. government took our home and land in order to convert it into a bombing range to train the military to fight against enemies abroad. This forced removal caused deep pain and suffering for many people, including my dad, who volunteered to fight in the war only to learn when he returned that his home, belongings, and family had been removed. At the time my mom, the oldest daughter of 15 children, with five brothers in the war, had to move to Rapid City, South Dakota, for work and survival.

When my mom and dad met, they made the decision to move their young family to a small town outside of Rapid City called New Underwood, home of the Tigers. As a young Indigenous boy growing up in a small town of 300 people and going to a public school where my siblings and I were often the only Indigenous students in attendance, it was hard. But I loved playing sports. Our team, the Tigers, would often play other small schools in the area, including teams from my home reservation.

It was during these games that I experienced the deep-rooted racism and hatred that many Indigenous students feel. “Go back to the Rez.” “Scalp Them.” “Another Trail of Tears.” These were the messages displayed on banners, homecoming floats, and at pep rallies, along with skits that portrayed my relatives and me as “savages,” “dirty Indians,” and “drunks.” The schools’ bands mocked our sacred drum. Students wore feathers, face paint, and wielded fake Tomahawk chops like Hollywood props, disrespecting our sacred eagle feathers that we only earned and wore during certain ceremonies and the sacred paint that honors our visions.

It was at these times when I felt sick in my heart, my mind, and my stomach. I felt embarrassed and I would do or say anything to my parents (except the truth) to avoid going to school and experiencing this trauma and bullying. Unfortunately, my experience was not unique.

“Now is the time to reclaim our history, identity, and stories.”

In 2001, the American Psychological Association issued a resolution statement affirming the harmful effects of American Indian mascots, symbols, images, and personalities by schools, colleges, universities, athletic teams, and organizations. The statement calls for the immediate retirement of Native mascots, stating that their continued use “undermines the educational experiences of members of all communities—especially those who have had little or no contact with Indigenous Peoples; establishes an unwelcome and often times hostile learning environment for American Indian students that affirms negative images/stereotypes that are promoted in mainstream society; and appears to have a negative impact on the self-esteem of American Indian children.”

The research clearly shows the harmful effects on all students when Native symbols, images, and personalities are used as mascots. Yet, according to a recent study by the National Congress of American Indians, there are still 1,940 total schools and 1,042 school districts across the U.S. that continue to have Native “themed” mascots such as Braves, R*DSK*NS, Chiefs, Indians, and Warriors. (So far in 2020, 41 schools have voted to eliminate these mascots.)

So why do schools and sports teams continue to promote these mascots and why has it taken so long to change?

It’s about education or the lack of education that makes it so hard to adapt or change. Many schools and sports teams opting to keep these mascots claim that they are “honoring” Native people. Some will quote a non-credible poll claiming Native people support the mascot or even claim that an “Indian Chief” gave them permission through some ancient oral history. All may be well-intended but whose honor are these mascots really promoting?

Today there is a new narrative, a reclaiming of our own history and stories, a movement of social justice, a dismantling of an education system, and an effort to decolonize and Indigenize our history, culture, and education. We have seen for the first time Black, Indigenous, and people of color (BIPOC) and non-Native allies and relatives uniting together to say enough is enough. Now is the time to reclaim our history, identity, and stories. In 2020, we are seeing the Washington Football Team removing its mascots, something the team’s owner fought so hard against and stated would never happen. It happened because we are standing together and holding organizations, corporations, and people accountable. And as a result, other professional sports teams, colleges, and schools are taking steps to dismantle their racist mascots.

I’m grateful we are taking this step and aligning our advocacy for students with others. I know progress can be slow and difficult at some of the schools in which corps members and alumni may work, but we need allies in these spaces who will advocate for change. Our Native communities and allies are creating a new awareness and movement at TFA to understand why using Native mascots is harmful and what steps we can take to bring systemic change. This work will be ongoing and difficult. But every step matters to ensure that all students have access to an excellent education and positive learning environment that affirms their identities. It begins with our students and it starts with us together. 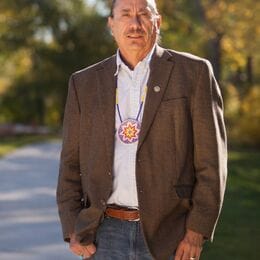 The Inherently Political Problem of Policing Political Speech in the Classroom

Historical Movement Building in Native California and Beyond