How can educators stop the brain drain that threatens the survival of a nation’s language and culture? By building a computer science education ecosystem.

Like a lot of teenagers, Amber Henderson, 16, wanted to go to New York City. Specifically, last spring, she wanted to attend a summer computer coding immersion program in New York for teen girls. But, also like a lot of teenagers, she couldn’t. Amber’s family was wary about sending her 2,000 miles away from her home in Shiprock, New Mexico, a small town named after a nearby rocky peak in the Navajo Nation’s northeastern corner.

For most students who are from rural areas and interested in computer science, that would be the end of the story. But Amber, a junior at Shiprock High School, got lucky. A few weeks after her New York dreams were dashed, Shiprock’s assistant principal, Jeff Sagor (New Mexico ’10), approached her with an opportunity: a summer web-development boot camp (the first of its kind targeted to American Indian kids that anyone here has heard about), to be hosted at her school. 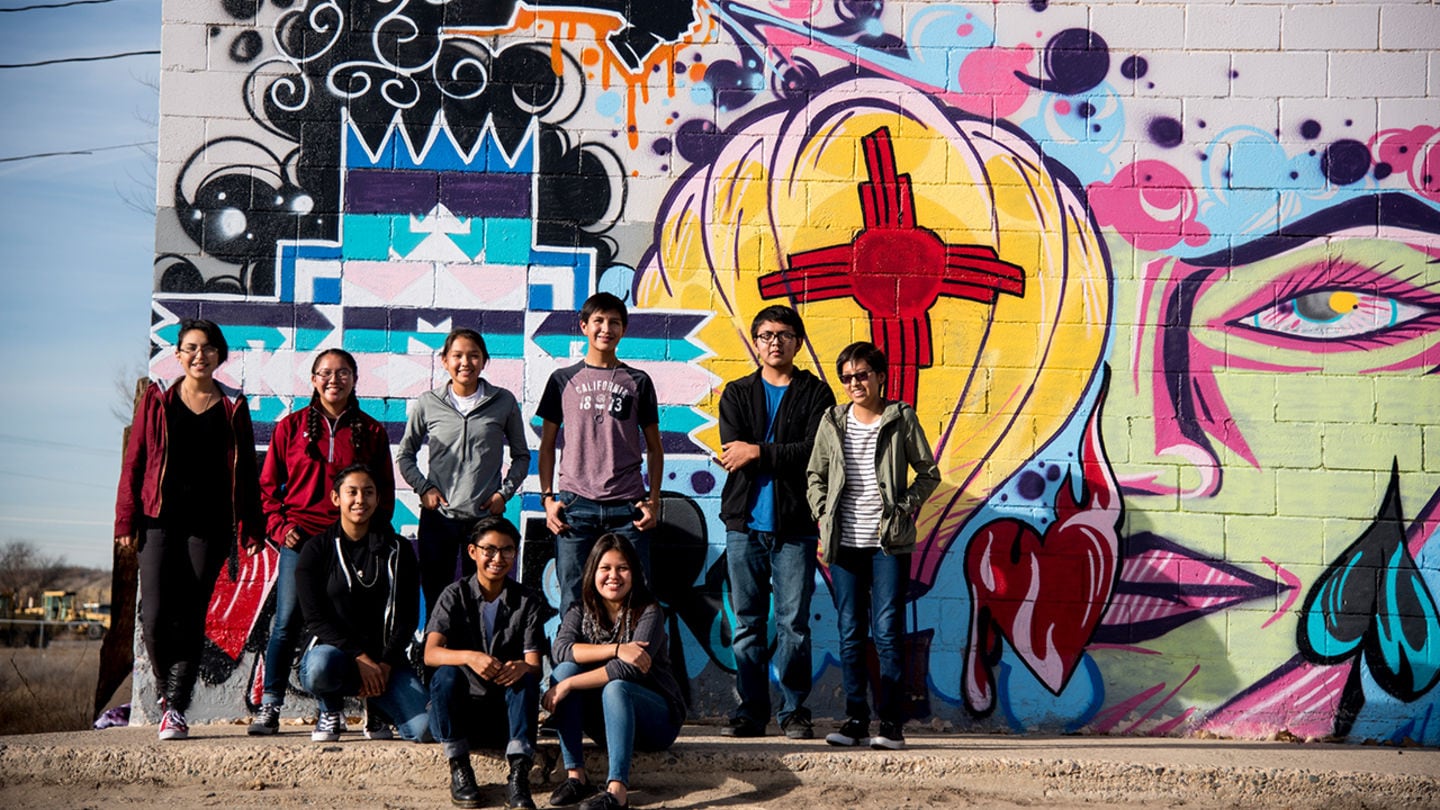 The summer program at Shiprock—for eight hours a day, five days a week, eight weeks straight—was the first major success of an all-hands-on-deck collaborative approach to bringing computer science to the region, says Nate Morrison (New Mexico ’08), the executive director of Teach For America New Mexico. About a year ago, while assessing which community needs weren’t being met, the TFA New Mexico staff landed on computer science education as a way to bring new opportunities to students in Navajo Nation without implicitly encouraging them to leave home.

“The challenge was described to us as, if top students have a great education, go off to college, and don’t have jobs to come back to, we’ll face the same ‘brain drain’ challenge any rural community faces.” But in Navajo Nation, “that brain drain will also threaten the survival of our language and culture,” Morrison says.

Web development and other computer science-related work are an ideal solution: people who can do the work are highly sought after, and well paid. And, perhaps most importantly, the work is not inherently tethered to urban hubs. While the high desert of Shiprock is unlikely to become the next Silicon Valley, there’s no practical reason why a Navajo student with the right skills and an internet connection can’t perform the same work as an entry-level developer in the Bay Area.

The Shiprock boot camp was run by an Albuquerque-based start-up, Cultivating Coders, which is focused on providing low-cost computer science instruction with an emphasis on reaching Native and female students (girls predominated at the Shiprock camp). This was only the second camp run by Cultivating Coders since its launch in late 2015, and the first specifically for high school students, says president and co-founder Charles Ashley III. Thanks to the efforts of the Shiprock school staff including assistant principal Sagor, science teacher Abigail Cooksey (New Mexico ’15), and guidance counselor Eric Cheever (New Mexico ’11), the school partnered with Teach For America to come up with the money to bring Cultivating Coders to town for the summer. 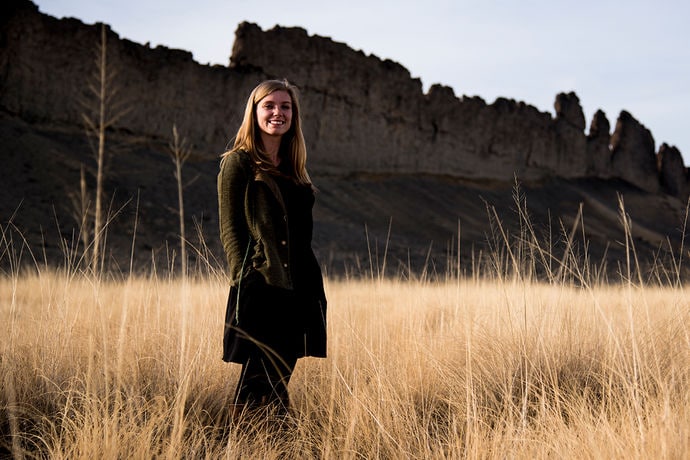 The work has continued this school year. The nine students who participated in the summer program, plus some enthusiastic newcomers, have continued to meet after school once a week as a coding club. And Cooksey now teaches an intro to computer science elective during the school day, as part of Teach For America’s Exploring Computer Science fellowship that supports a select group of corps members through three years in the classroom. Meanwhile, some adult graduates from Cultivating Coders’ other boot camps have begun to make $25-$30 per hour building sites for a Toronto-based digital marketing agency; with enough practice, Shiprock students may be able to secure similar work after graduation.

For Morrison and Teach For America New Mexico, growth is the plan: five coding summer camps in 2017, continuing the partnership with Cultivating Coders while also expanding work with other organizations and resources—scaling quickly at low cost, Morrison says. If good coders are nimble and resourceful, good coding education must be, too. The vision is for Teach For America, Cultivating Coders, students, teachers, and any other groups willing to chip in to be part of a diverse computer science education ecosystem in the region.

The value of that ecosystem is more than just economic. A December assignment in Cooksey’s intro to computer science class had students building websites that addressed “a worldwide or community problem.’’ About 20 percent of the finished projects focused on the Dakota Access Pipeline protests at Standing Rock. Other students tackled domestic abuse, public school quality, animal rights. Veronica Holiday, a junior whose participation in coding club was reflected in her noticeably more refined sense of web design, built a site explaining depression to family and friends of those afflicted: “That they’re different, that it’s not just like being sad.”

Later in the day, during a lunch meeting of the coding club, Veronica, Amber, and their peers talked about the competing pressures they’ve felt to stay close to home or follow their talents to bigger cities. “A lot of times they”—teachers, tribal members, family—“tell us, ‘We need you here, you could help improve a lot of things here and make it a better place.’ But at the same time, you’re just like, ‘I want to go do other stuff,’” Amber says. “It makes you feel guilty for not…” She hangs on the thought for a second, and then Alan Taliman, a tall, soft-spoken junior, jumps in: “…not staying here. For leaving.”

But leaving is hardly a foregone conclusion for any of the coding club members. They love their culture fiercely, and thinking about the benefits their computer skills could bring to Shiprock excites them. Nashota Jim, a junior with slick, short hair, says she wants to build a site that would help collect donations—“blankets, scarves, anything that would help”—for reservation residents struggling through the winter without heat.

Veronica says she’s fielded some offensive questions when she’s left the reservation before (“Do you guys live in tepees?”), and wants to harness the internet to share information about modern Navajo life. “We’re just like you; we’re just connected to traditional beliefs.”

Alan, who’s independently taking C++ classes at nearby San Juan Community College this semester, would like to one day learn more about medical technology to improve standards of care at the local medical center.

There’s a spirit of defiance to the students, but it’s optimistic, not embittered. They say they often feel underestimated, and are eager to prove themselves. Alan says he gets the sense that many people “think that we’re still in the primitive age” on the Navajo Nation, that they “don’t have a lot of this stuff, like computers.” The Shiprock students want the world to know better, and they’ll help spread the word, one website at a time.