How do you challenge the system without losing your job? Sam Rosaldo (L.A. '99) shares how he's resisted within the bureaucracy, one practical step at a time. 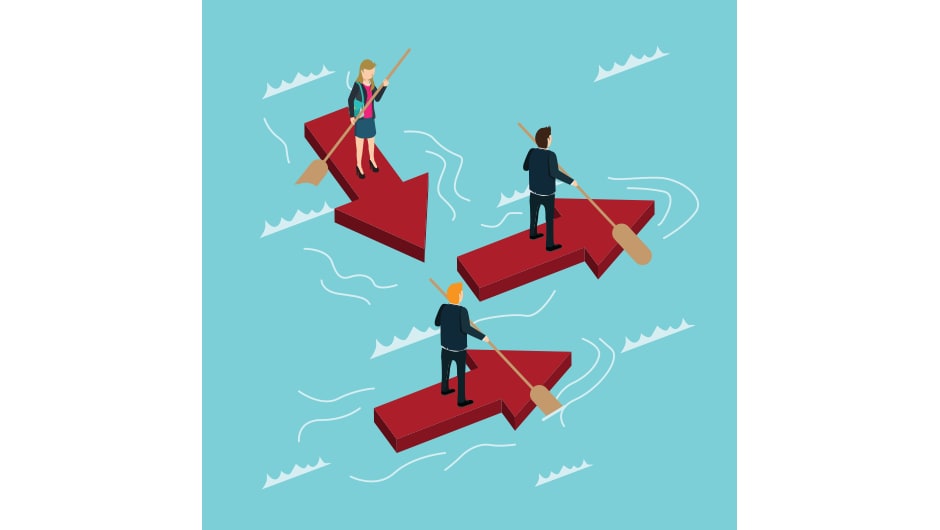 Sam Rosaldo (L.A. ’99) is a bureaucrat, technically speaking. He works for the New York City Department of Education’s alternative schools department, helping to transition students out of incarcerated settings. He wears nice slacks, attends a lot of meetings, and his department accomplishes vital work within an imperfect system. But Rosaldo also has an activist’s heart, keenly aware of the injustices perpetuated by giant, longstanding bureaucracies—even the one for which he works. Rosaldo and fellow DOE staffer Abram Guerra met through their outside-of-work involvement with NYC Alliance for School Integration and Desegregation. They bounced around some ideas and decided to produce a podcast, The Radical Bureaucrat. Their goal is to build a community of people like them, fighting for fundamental systems change one pragmatic step at a time.

Bureaucracies almost are defined by a resistance to change from within, so Rosaldo knew that even producing the podcast could rankle higher-ups. We asked him, What have you learned about how to challenge the system without losing your job?

Rosaldo: On a practical level, you have to know that you’re good at your job and that you’re doing your core responsibilities really well. That gives you confidence that, if there’s a problem with what you’re doing, there will be people who have your back and will talk to you before it escalates.

Also, we’re not out here badmouthing anyone on the podcast, especially not anyone who works for the DOE.

On a personal level, it’s less about not getting fired and more about knowing your principles and gaining clarity around what’s important to you. It took me a while to get to a place in my career where I realized I wasn’t talking about the issues that were most important to me—like racism and poverty—and most connected to transformational change. I realized I wasn’t in conversation with the activists who are closest to the issues I care about, because activists typically aren’t pragmatic enough for bureaucrats. One of the things we’re trying to do with the podcast is create a community where activists’ ideas begin to feel more natural, less crazy.

At this High School, Immigrant Students Are Out to Smash Your Expectations