In many conversations around culturally responsive teaching, the experiences of Asian Americans are neglected. Learn how Phoebe Shen is building community as a special education teacher in Chicago. 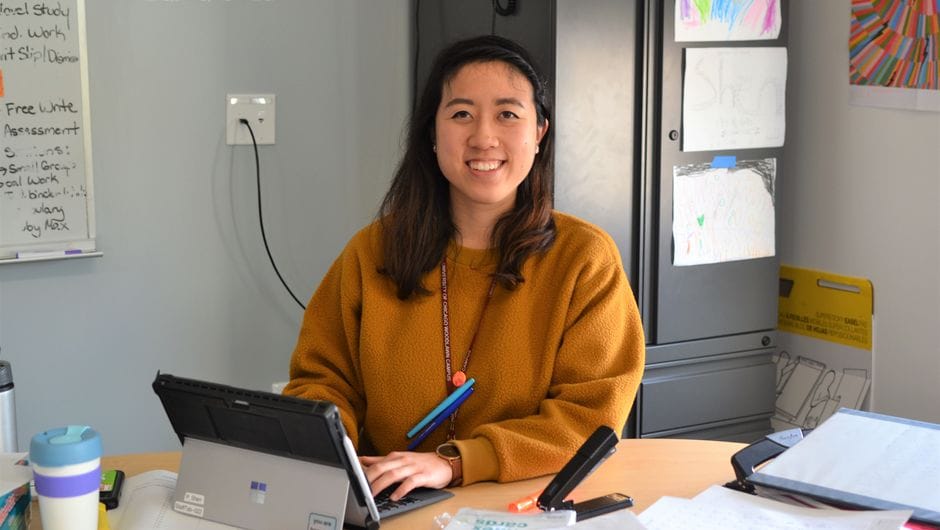 Corps member Phoebe Shen (Chicago-Northwest Indiana ’17) grew up in Arcadia, California, a city dappled with palm trees, no more than an hour’s drive from the Pacific. Chicago, with its flat roads and cold winters, feels very far from her hometown. But moving to the Midwest is not the biggest change she’s had to make. In California, Phoebe lived and went to school in a predominantly Asian American community. Now, she teaches in a school whose student body is 98 percent African American.

“Being an Asian American in urban education is a really interesting space to occupy,” she shares. “A lot of the material out there is how white teachers should navigate teaching students of color. It’s a different relationship between you and your students when you’re both people of color, but don’t share a specific identity.” 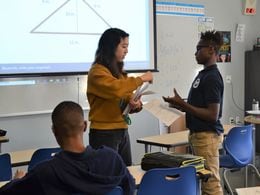 Phoebe thinks deeply about the unique needs of her students and has introduced more technology and kinesthetic learning into her lesson plans in her second year in the classroom.

As a new teacher, Phoebe turned to various mentors and role models. Even though fewer than 1 percent of principals in Chicago Public Schools identify as Asian American, she was fortunate enough to have a Korean American school leader.

Phoebe’s principal, as well as a fellow Asian American teacher at her school, UChicago Charter School: Woodlawn (UCW), provided examples of how to build relationships with her students and their families while navigating lines of difference. For Phoebe, this came down to being intentional in learning about the community, demonstrating mutual respect, and holding high expectations.

Understanding how fortunate she was to have these mentors, Phoebe has worked with her fellow corps members of color to create learning spaces. This fall, she co-hosted a workshop where she talked about her own culturally responsive teaching strategies.

“We have different cultures and different upbringings, but we’re here every day to support our students.”

Outside of her identity work, Phoebe is also a passionate advocate for special education. In her classroom, she thinks deeply about the unique needs of her students. This year, she has introduced more technology and kinesthetic learning into her lesson plans.

“The traditional classroom has always catered to visual and auditory learning strategies. Movement strategies are always slowly phased out once you reach the upper grades,” she says.

Recently, Phoebe helped her students grasp the idea of coordinate planes by taping a grid onto the floor and having students walk along the x- and y-axes. “The amount of creativity you can use to make school an amazing place for special education students really surprised me.”

As Phoebe looks ahead, she hopes to stay for a third year at UCW. She began the corps teaching a class of sixth graders, and wants to help them matriculate to high school. “For my students, I do want to see growth in terms of their test scores and content knowledge, but I also hope to see growth in them as people,” she says.

Though she originally imagined a career in law, Phoebe has fallen in love with teaching. She wants to continue her work as an Asian American educator, hoping to serve as a model for others in the same way her principal and fellow teachers have been models for her. Reflecting on her experiences, she shares, "Teach For America has provided a launch pad for a career in education that I hadn’t imagined for myself after college."

Looking Ahead to a New Corps

How Educators Can Reach Out to Families While Schools Are Closed

6 Amazing Ways Teachers Are Using Social Media During the Pandemic