Anil Singhal talks about how his experiences in the Teach For America corps inspired him to work at ed-tech company Albert.io and preside as the chair of our Alumni Leadership Council. 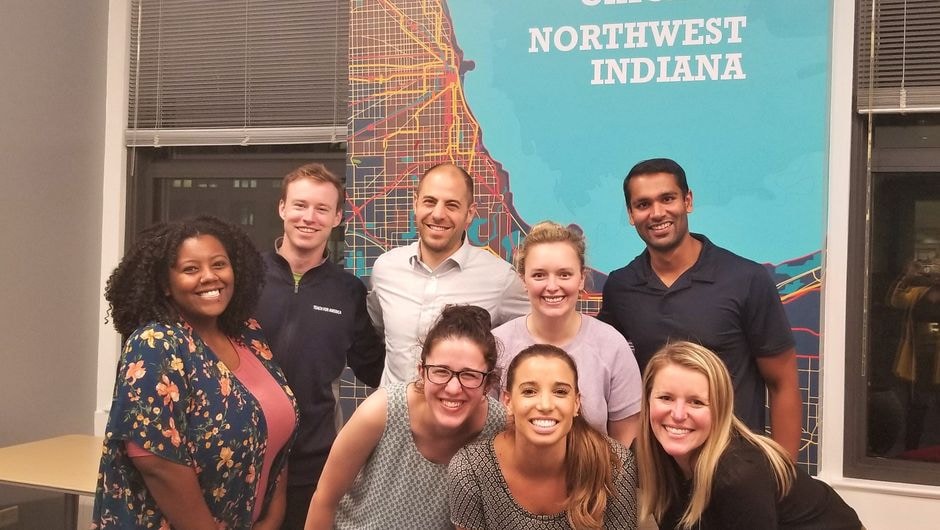 Anil Singhal realized during his junior year at Cornell that, though he originally thought he wanted to be a chemical engineer, he didn’t want to spend his life in a lab. Instead, he wanted to work with young people. During college, Anil participated in Big Brothers Big Sisters and Y.O.U.R.S., programs, where he worked one-on-one with students and helped them gain access to after-school activities. Inspired by these experiences, in 2013 he joined the Dallas-Fort Worth corps.

In his years in the classroom, Anil had both incredible and challenging experiences. He recalls helping a student pass two state-required, English exams by reading newspaper articles with her for an hour every day after school. This taught him that “if you just sit there and put effort in and show that you care,” the students will make progress. But after his two years, he decided he wanted to use his skills to support students in another way.

Three years ago, Anil moved to Chicago, where after a short stint outside of education he began his current job as a Success Manager at an educational technology company called Albert.io. Albert.io’s interactive product works to support 9-12thth graders. The company provides online courses in literature, science, and other subjects, as well as practice for national tests.

Despite this rigorous day job, Anil also presides as the chair of Teach For America’s Alumni Leadership Council. The council is a group dedicated to using the knowledge and passion of alumni leaders to help TFA staff make key regional decisions and engage more alumni.  Anil says he initially joined to re-connect with Teach For America and his fellow alumni, but now the work means much more. While he explains he originally saw the council as having “a social, even a professional aspect of it where you get to meet new people both professionally and personally,” he now sees it in the light of “how do we continue to push the alumni base to do good work for kids, for TFA as an organization, for the community?”

Even though Anil admits the council is in “the foundational phases where we’re really developing what our visions and priorities are going to be,” he looks forward to engaging alumni on a more personal level. He says the council wants “to reach out to alumni just to talk to them and get to know what they need.” The membership of the council is also expanding, and they’re working on a partnership with the Second Year Corps Member Executive Board, so they can better foster relationships between corps members and alumni.

As the chair, Anil understands that taking the time to listen is essential to his role. “[My role] is really ‘how can I guide our conversation and how can I make sure we’re achieving our goals?’, and so I get an opportunity to really listen and digest.” As he looks ahead, he’s excited to engage alumni in the work of Teach For America, and engage them in the most pressing educational issues the region faces. He hopes to encourage alumni “to be active in the pursuit for educational equity.”

I See Me: Representation of LGBTQ+ Teachers in the Classroom