How City Year Prepares You for Teach For America and Beyond

Two City Year alumni share how making the transition to TFA helped them deepen their impact on students. 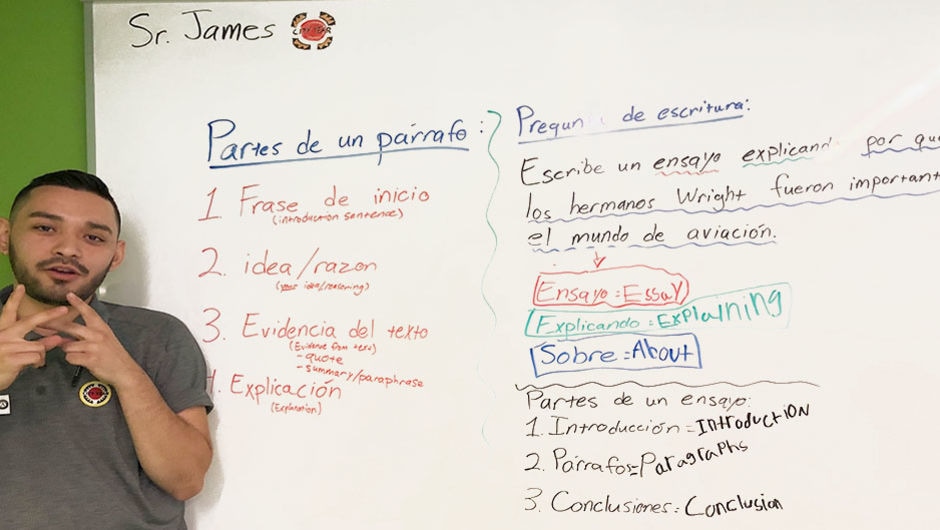 At Teach For America, we are on a mission to make educational equity a reality.

We find outstanding leaders who are passionate about education to teach for a minimum of two years at public schools in low-income communities—leaders who become fierce advocates for their students’ success. Similarly, City Year is committed to improving outcomes for students in under-resourced schools.

While both organizations are working toward the same outcome, there are important differences between approaches: TFA corps members are full-time classroom teachers, while City Year members support students as tutors and through mentorship. Both roles are critical to creating an equitable education system that gives all students an equal shot at opportunity.

If you are a City Year corps member or alumni, you are uniquely positioned to thrive as an educator with Teach For America. You know what it’s like to work in a school in a low-income community and what support is needed outside of the classroom for your students to succeed. Your on-the-ground experience is valuable.

Similar to City Year, TFA corps members are placed in communities around the country. Teach For America places teachers in 51 such regions, many of which where City Year corps members also serve. Depending on qualifications and regional need, some City Year alums have the opportunity to stay in their communities and even their schools when they begin TFA.

As you consider your next career step after City Year, Teach For America could be the natural next step. We spoke to two TFA corps members who joined after one year of service at City Year.

Rachel Reed moved from Connecticut to Dallas, Texas, to work at a middle school through City Year. She led small-group workshops with students and supported the school’s full-time teachers in their daily duties. In doing so, she learned one of the most important parts of being a teacher: building relationships.

These relationships made Rachael realize that TFA was the perfect next step when she finished her time with City Year because it would allow her to continue to connect with and learn from students. Now she teaches high school math in Dallas as a first-year TFA corps member.

“I still get to work with students and challenge their thinking on math problems,” Rachael says. “I still call parents when they are having amazing days and when they need a little encouragement. I still analyze data and find different ways for my students to improve, and I think most importantly, I still am able to care about their success and push them to do their best.”

One big difference between her City Year and TFA experience so far? As a City Year corps member, she created individualized session plans for one-on-one interventions. Now, she teaches more than 100 students and develops lesson plans for whole-group and small-group learning. This natural step has allowed her to expand her teaching skills to be better equipped to handle more students and responsibilities.

“The reason I applied [to TFA] was so that I could stay and see the students that I had worked so closely with do great things with their time in high school,” Rachael says.

If you're considering your next step after City Year, join Teach For America to continue deepening your skills and your impact.

Building Relationships and Making a Difference

James Caruso, another City Year alum who joined TFA, now leads his own dual-language (Spanish and English) kindergarten class in the same school where he served as a corps member for City Year.

James had mentors of his own during his time with City Year. They helped him hone his abilities as a teacher. “City Year allowed me to learn about the day-to-day operations of a school from a third-party perspective—not as a teacher or student, but rather a support,” James says. “Having this knowledge coming into Teach For America allows me to continue working on bettering my teaching and making sure that every day for my students is better than the last.”

James considered applying to Teach For America directly out of his undergraduate program, but he knew from friends and colleagues, that jumping into the classroom straight from college could be challenging. His time as a City Year corps member gave him the opportunity to understand the school system and how to best support students before leading his own class full time as a TFA corps member.

“I knew that I wanted to be a lead teacher in a classroom setting, something that I found out quickly over my first few months with City Year,” he said. “I knew through my time at City Year that, if I was to be a classroom leader, I would do my best to ensure that teaching would not be just a two-year job, but rather a career.”

Creating a Strong Foundation for a Career in Teaching

As both Rachel and James shared, serving as a City Year corps member has provided a valuable, unique perspective as they deepen their impact through Teach For America.

If you’re passionate about continuing your direct impact after City Year, we encourage you to learn more about what it means to join Teach For America.