Gaining traction on education policy change takes timing, consensus-building, and not giving in to cynicism. 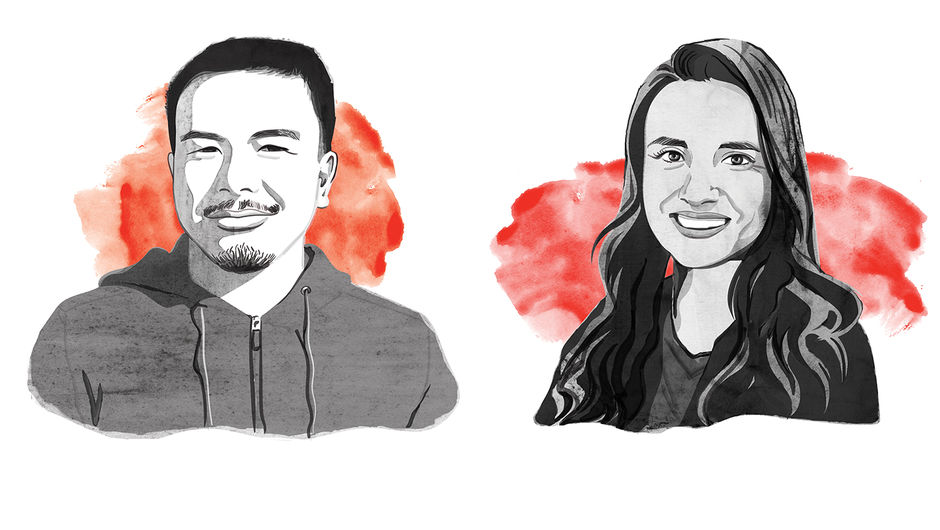 New Mexico has a new governor, new legislators, and a critical education deadline to meet. In response to a lawsuit filed by families and a set of school districts, a district court judge ruled that New Mexico violated its constitution by providing an insufficient public education to students including English language learners, Native students and those with disabilities. As the legislature convened in January, state leaders were facing an April 15 deadline to propose a new fair funding plan.

Sunny Liu (New Mexico ’13) is a senior fiscal analyst for the New Mexico Legislative Finance Committee. He was inspired to work in state policy after visiting Santa Fe on AmeriCorps Day while teaching in the Four Corners region. His non-partisan job requires him to make budget recommendations for the state’s public school system, which means he’s been preparing for multiple scenarios, given the court decision and the change in administrations. “I have about 30 versions I’m analyzing,” he said in January.

Denise Terrazas (New Mexico ’13) is a program evaluator with the Legislative Education Study Committee. She grew up in the small New Mexico town of Chamberino and taught in nearby Chaparral. In her non-partisan job, Terrazas reports on the impact of initiatives (she’s currently researching the effectiveness of New Mexico’s community schools) and provides real-time analysis on pending bills and laws.

In exchange for long hours and short project deadlines, Terrazas and Liu get to see from the inside who influences law and policy and how they do it. Here they share advice on how teachers and school leaders can influence state-level systems change (a message Terrazas also shared at the recent Teach For America School Leaders of Color conference).

If you had one piece of advice above all others, what would it be?

Denise: Make time to look on a legislative website, find out what bills are getting sponsored, and reach out to your legislators. If you can, show up to a hearing. While you might feel discouraged, at some point you have to push your cynicism aside, decide how important an issue is to you, and give it a shot. Legislators will always put some time on the agenda for public comment. When you have a large group of people show up in support or in opposition, you can feel a difference in the air in the way legislators talk about it.

Sunny: From what I’ve seen, gaining any sort of traction on policy or law is all about timing. Something significant happens, either a tragedy or an opportune event that gets significant publicity. When those events occur, legislators are asked to take a stand or make some changes. It’s in those moments, when they’re given political cover to make a policy change, that advocates and community members have an opportunity to influence the process.

“If you can, show up to a hearing. While you might feel discouraged, at some point you have to push your cynicism aside, decide how important an issue is to you, and give it a shot.”

Lobbyists might be ready when opportunity strikes, but how about educators who don’t do this for a living?

Sunny: It can be tough to keep abreast of what’s happening at the legislature, but even more important than keeping up with current events is getting people to come to consensus on proposed changes. What often happens is that there are many groups seeking similar overarching objectives, but on specific issues, they don’t agree. That’s the biggest challenge for stakeholders: coming to a general consensus or compromising on the smaller things so that everyone can achieve the bigger goals.

What’s the best part of your job?

Denise: Having access to information and people that help shape the state’s public education system. As I analyze bills on a variety of issues tied to public schools, people are generally willing to provide you with information, especially if they know a bill would affect them. As I did research on one of my bills recently, I spoke to a nurse who said, ‘By the way, do you know schools are not required to have nurses? Could you pass that on?’

Sunny: I don’t have to support or argue against a position. I can simply relay the facts and let legislators make the decisions, It builds credibility for the work of our office. Legislators can see that we’re sticking to the evidence and we’re making recommendations that are based on data.

Sunny: The best part is also the hardest part. Legislators are counting on you to be the individual who has to say if something is true or not. It can be hard sometimes, especially if they have strong beliefs that conflict with the information you’ve provided. It’s even worse if you make a mistake. Having to correct a mistake can be really embarassing and can lead to unintended changes to policies or budgets.

Denise: It’s not being able to see, at least in the near future, the impact of your work. We do research for legislators and hopefully it inspires them to sponsor a bill that is evidence-based and will improve learning outcomes. But you just never know.

Responses have been edited and condensed for clarity.