How a Neighborhood Becomes a Classroom

Nushrat Jahan leads a second-grade classroom in the Chicago neighborhood where she grew up. Learn how she’s building relationships with her students and celebrating the diversity of her classroom. 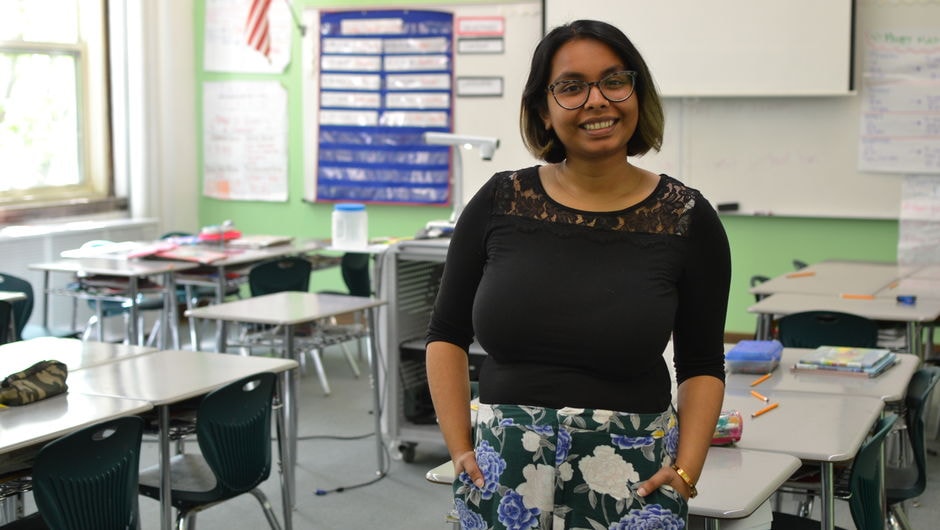 Corps member Nushrat Jahan (Chicago-Northwest Indiana, ’18) grew up within a few blocks of the school where she teaches. She lives and works in Rogers Park, a neighborhood on the far North side of Chicago, and sees her students not just in the classroom but at the bus stop, the grocery store, and the local McDonald’s. Nushrat believes this has helped her build relationships with her students. “They recognize that I’m not living a separate life from them—we are confronting what is happening in our community together,” she shares. “It turns the neighborhood into a classroom, and it teaches them that the values we hold in school matter outside of the school building.” 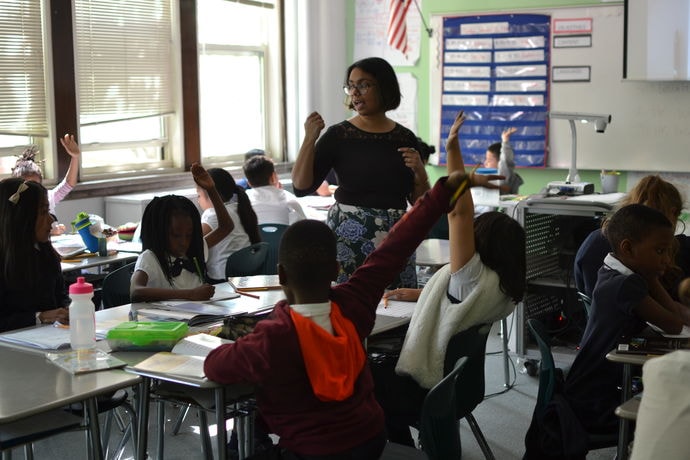 Nushrat is a participant in Teach For America’s Neighborhood Schools pilot, which places teachers in parts of the city where they have roots. “I think Rogers Park is Chicago in one neighborhood,” Nushrat says. “It’s incredibly diverse, and because we have such diversity in terms of socio-economics, race, ethnicity, religion, you have so many different types of families and people coexisting in the same place, which is not something you see in the rest of the city.”

“I think Rogers Park is Chicago in one neighborhood.”

You can see this diversity in Nushrat’s classroom of second-graders, a number of whose families have recently immigrated to the United States. “This has led to a lot of really cool project-based learning, allowing my kids to ask each other questions and explore their own identities in really safe ways, because they all have so much to bring to the table,” Nushrat says. This has included activities like a cookbook project they worked on over the holidays, where students were asked to share recipes for foods their families make during times of celebration. “There’s a variety of faiths and nationalities represented here, so we wanted to focus on the one connection that brings everyone together, which is food,” she says. Students not only brought in recipes, they also shared memories of making the dishes and what that meant to them. 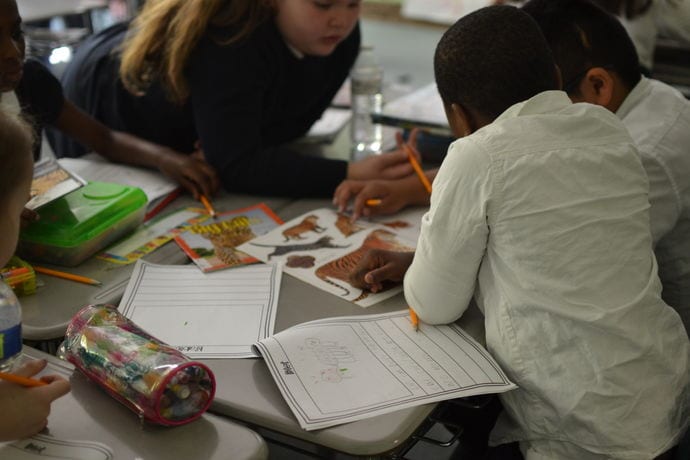 As someone of South-Asian heritage, Nushrat knows how important it is to make these lessons inclusive. She originally intended to pursue medicine at the University of Chicago, but became interested in education after working on The Thirty Million Words initiative. Talking to new and expectant mothers about their concerns for their children made her realize the deeply systemic nature of education issues, and she vowed to do something about them. Part of this work means making her lessons accessible to all children. “If we are just talking about white culture and building lessons around that, we lose a lot of students,” she says. “It’s hard to think about all the ways you can accommodate this when you have such a diverse classroom, but the stronger their connection to the content, the better they internalize it.” 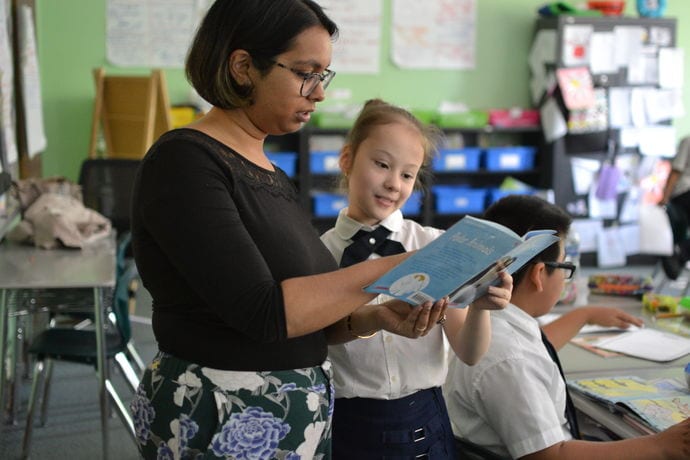 Though her students are just seven and eight years old, she’s always impressed by how respectful they are of one another’s differences. A lot of her identity-focused lessons means students have to share a lot about themselves, and early on she worried about how this would be received. “When things need to be taken seriously, and when things need to be respected and honored, they know how to do that,” she shares. “They always impress me.”

Looking Ahead to Her First Year as a Corps Member