Thanks to a generous donation from a TFA champion, Greater Cleveland corps members and alumni can apply for financial aid to attend a professional development experience of their choosing. 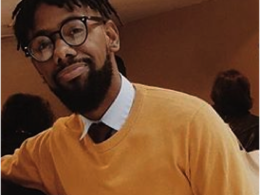 One particular session I had the pleasure of attending was called, “If it is not engaging, I quit.” Intellectually I understand what student engagement is, but I often grapple with what it looks like. I learned about behavioral and emotional engagement. Behavioral engagement looks like compliance. Emotional engagement describes how students find joy in instruction. The presenter demonstrated the impact of music in fostering emotional engagement and reiterated that we as educators have to be creative in ensuring that every aspect of learning is fun and engaging. He concluded his session with the following quote, “I am not finished until my students have fun.”

I could write personal essays about all of the keynote speakers, as they were each profound in their own unique way. But to summarize their impact, I left feeling galvanized to teach the kids who are in front of me, to engage my community and to get creative and ambitious about connecting with my students’ families. 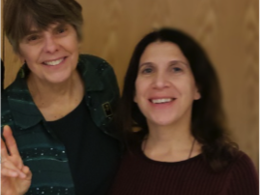 Thanks to a generous scholarship from TFA, I had the opportunity to attend the Education Law Association's national conference held in Cleveland at the beginning of November. ELA members tend to come from three groups—attorneys, academics, and practitioners. I am an attorney by training but am better classified as a practitioner—I recently headed up the charter school office at CMSD and now am in-house counsel at an education nonprofit. I attend a variety of conferences throughout the year and tend to find, aside from ELA, that I am either one of the only attorneys there or that it is all attorneys. ELA provides a nice and intentional balance, offering a needed interdisciplinary perspective on the most pressing issues facing schools today.

A great example of this interdisciplinary approach was the Friday keynote session. The featured guest was one of my personal heroes, Mary Beth Tinker. In the late 1960s, to express sympathy at the thousands of people dying on both sides of the Vietnam War, Mary Beth Tinker wore a black armband to her public school. The school suspended her, along with a handful of other students, who then challenged the constitutionality of the suspension. The result was the landmark free speech decision by the United States Supreme Court in Tinker v. Des Moines, in which the Court held that the school students do not “shed their constitutional rights to freedom of speech or expression at the schoolhouse gate.”

During the conference, Mary Beth provided a deeper historical context for the case. She was raised in a loving family and was the daughter of a Methodist minister. She was a “good student” who rarely got into trouble and who took off the armband as soon as a school official asked. She was one of those well-heaved women—and she still made history.

Following her presentation, Mary Beth joined a panel with a high school administrator from New Jersey and a school attorney in Texas. They discussed the evolution of student rights in schools. The majority of school free speech cases now involved social media and the extent to which a school can discipline a student for speech that is often made now far beyond the schoolhouse gate. The panel was a representation of ELA at its best, exploring how the law actually plays out in our classrooms today. The session was of particular interest to me because while in law school, I wrote my note (later published in the Ohio State Law Journal) on this topic. Nearly 10 years later, our courts and our schools are still wrestling with the boundaries established in Tinker. 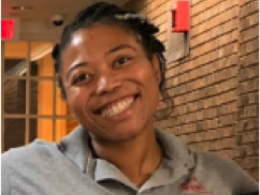 I attended a session titled, “Think like a lawyer; helping students to think more critically,” and it was one of the most insightful workshops I’ve ever attended. They provided participants with easy, quick, and engaging strategies to develop critical thinking skills for young men. 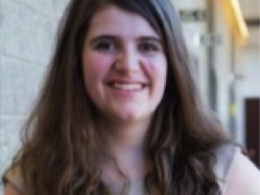 I attended the Education Law Association’s post-conference session, School Law 101. The session was invigorating. A mix of administrators, professors, law students, lawyers, and teachers (including two Teach For America alumni) grappled with the pressing legal issues that affect our students, from issues of discipline to student expression. The session allowed me to reflect on the practices of my school and how what we do daily interacts with the constitutional rights of our students. I left feeling energized to return to my classroom, as well as to continue my pursuit of a legal career. For, in achieving educational equity, students require the ability to advocate for their themselves and lead a movement for change. To do so, schools and the law must consistently recognize and respect the constitutional rights of students to freely express their ideas, and lawyers and judges must continually work to protect and expand those rights.

A few weeks ago, we had the amazing opportunity to attend one of the Brave Education Summits in Jacksonville, Florida. While our initial reasons for attending were focused on bringing resources back to our respective communities to impact LGBTQ+ inclusivity, we quickly realized that our purpose was much larger than that.

We aim to establish a sustainable Prism coalition leadership structure that advances efforts to ensuring that all classrooms in the Greater Cleveland region are brave and safe spaces for students, teachers, and families to be who they are and positively impact educational inequity.

During the summit heard from fellow educators, school leaders, students, and community members about the negative implications for all students, but particularly the too-often harsh and terrifying reality of identifying as a person of color and LGBTQ+, of being in environments that are not affirming, and we are committed to ensuring that our charter network and the broader educational context within Cleveland has the knowledge and resources necessary to support LBGTQ+ youth in the region.

How to Climb Toward Zero (Net Worth)