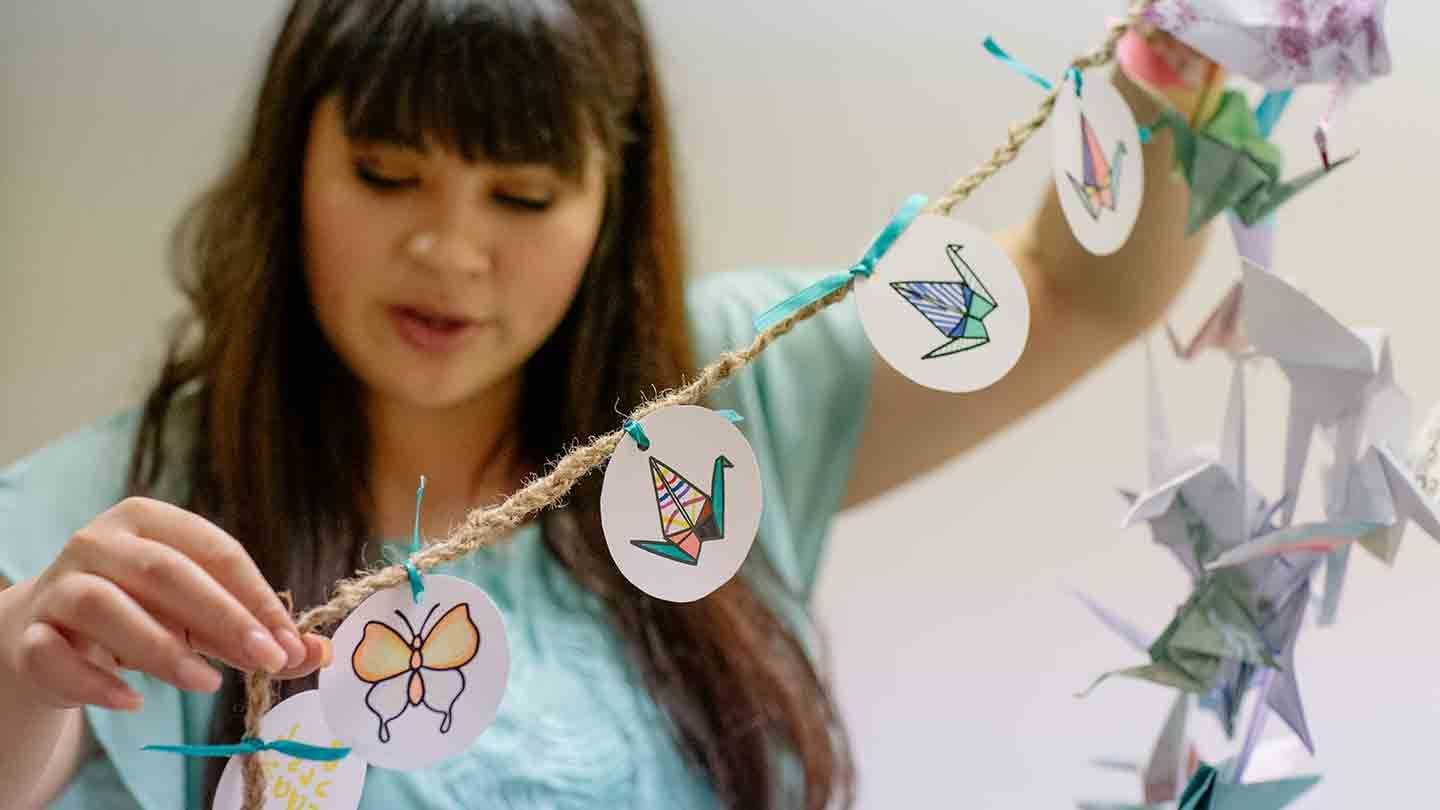 For many people, immigration status—whether their own or their families’—can be a source of intense fear and anxiety. In Arizona, a nonprofit seeks to harness and heal those painful lived experiences.

Angélica Cesar was born in California and, at age 10 in 2006, settled in Arizona with her family. Four years later, Arizona passed a law (no longer enforced) requiring all adults to carry with them documentation of their citizenship status. Cesar lived in fear that her sister and mother, who were undocumented, would be deported. It happened to her sister in 2011. Then, last year, her mother returned to Mexico, leaving Cesar alone in the U.S. as a student at Arizona State University (ASU).

By then, years of fear and tension had taken their toll. One day, Cesar read in an email newsletter about an ASU alum, Reyna Montoya (Phoenix ’14), who had started a nonprofit in Mesa, Arizona, called Aliento dedicated to helping immigrants heal from trauma (and redirect stress into positive actions) by making art. Cesar decided to give art a try.

She built clay sculptures. She painted and sang at open mic nights. The most powerful thing she did at Aliento was to create an origami bird out of a letter of forgiveness she wrote, after years of blaming herself for the way immigration policy affected her family. “Putting those words on paper lifts the weight off your shoulders,” she said, “and sometimes that weight is something you carry for years and years.”

The experience inspired Cesar to take all that she was learning about leadership from Montoya and start a chapter of Aliento on the campus of ASU. Now, as a college senior majoring in political science and Transborder studies, she’s doing an internship with the Congressional Hispanic Caucus Institute in Washington, D.C. “I know that I definitely want to go into government or advocacy” after graduation, she says. 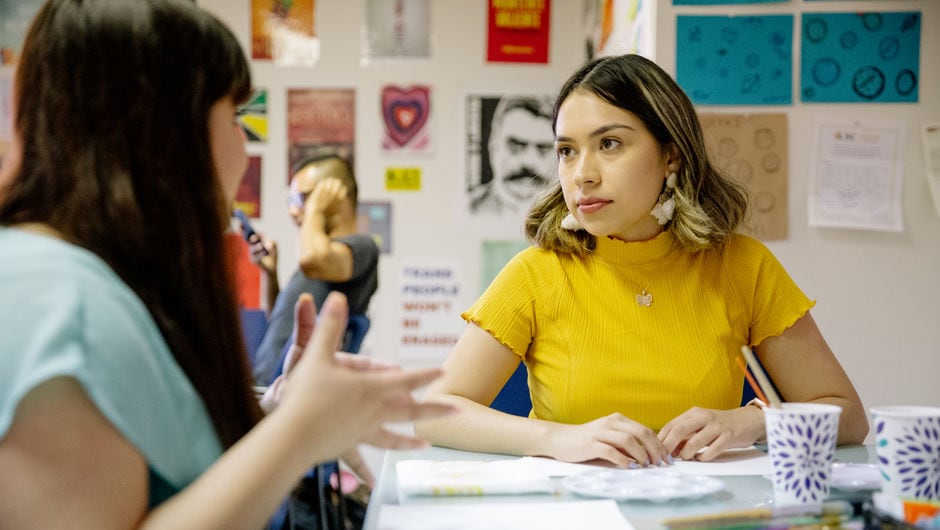 © Photo Caitlin O'Hara Angélica Cesar (above right) was so moved by her healing experience, she started a chapter of Aliento on the campus of Arizona State University.

“Aliento is a Spanish word that translates to breath,” Montoya says. “But when you give aliento to someone, it’s like giving words of encouragement.” A former college organizer who herself is DACAmented (a term for undocumented immigrants protected under the Deferred Action for Childhood Arrivals program), Montoya says she was moved to start Aliento because she saw a gap. “I started seeing more and more how sometimes, unintentionally, social-justice spaces or immigrant-rights spaces were very negligent to people’s experiences about the trauma, the fear, and the anxiety of lacking an immigration status or having someone so close who could be deported.” 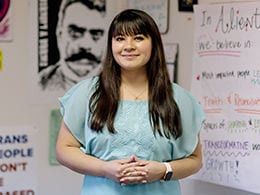 Montoya launched Aliento in 2016, alongside other young members of the undocumented and DACAmented community of Mesa. The organization now hosts monthly arts and healing workshops for immigrants and loved ones who are affected by their status. Artists organize into groups by age and reflect on thematic questions. Each month they work with different media, sharing their experiences with the aim of restoring their sense of agency.

“The biggest impact is having that space to dive into what is going on and how we're processing all the different policies,” Cesar says. “Oftentimes we don't take the time to reflect and take a step back on how all the work that we're doing really wears on our emotional well-being.”

Montoya and Aliento’s leaders selected Cesar last year to be one of the organization’s first five fellows, charged with developing high school and college-aged leaders. Montoya appreciated Cesar’s perspective, having grown up a citizen in a mixed status family.

The fellows worked closely with Montoya and José Patiño (Phoenix ’14), Aliento’s advocacy and policy director, to organize a statewide Arizona’s Future campaign to advocate for all Arizona high school graduates to qualify for in-state college tuition, regardless of their immigration status. As the co-founder of the Aliento at ASU student group, Cesar led students in an Arizona’s Future effort, that included a meeting with Republican state Sen. Heather Carter. (The Senate later passed a tuition-break bill that Carter introduced, but it failed in the House of Representatives).

Cesar was busy this summer helping Montoya organize Aliento’s third annual gallery show and preparing for her temporary move to Washington. She may be traveling far from Arizona, but through the connections she’s made, Cesar says, she knows she is never alone.