A student and a teacher started their high school careers together eight years ago. Now they’re on to another new beginning.

Fort Lewis College gave Indigenous students the option to wear not a cap and gown at graduation but rather clothing that signified (in Benally’s words), “I’m Indigenous and I’m proud.” She wore a traditional Diné (Navajo) shirt, skirt, sash belt, deer skin moccasins, and her sister’s turquoise jewelry for luck. Photo by Ben Brashear.

Jasmine Benally met Darah Tabrum (New Mexico ’11) eight years ago when Benally was a freshman at Kirtland Central High School and Tabrum was starting her first year as a teacher of college-success classes. Two years later, as a junior, Benally grew closer to Tabrum as she worked on ACT prep and drafted scholarship applications in Tabrum’s GEAR UP college-success class.

This spring, Benally graduated from Fort Lewis College in Durango, Colorado with a bachelor’s degree in psychology. For Tabrum, receiving graduation invitations from Benally and other students she has mentored since her first year of teaching (including Kenabe Hatathlie, graduating from Stanford University, and Morgan Farley from the University of Arizona) was special.

Tabrum was remembering how the funding for her GEAR UP teaching position was supposed to run out by the end of her rookie year. But now, due in large part to Tabrum’s grant-seeking efforts, not only does the high school in Kirtland still offer the college-success course, but so do two other high schools in the Central Consolidated School District in New Mexico. And Tabrum supports students in the health science and public health early col- lege academies as the district’s coordinator of college academies.

Last fall, Benally ran into her former teacher at the Northern Navajo Nation Fair. Tabrum, ever the mentor, got straight down to business. She wanted to know what Benally was planning for graduate school. Benally does have a goal: to earn her master’s degree in psychological sciences and bring her research in mental health back home to the Navajo Nation. 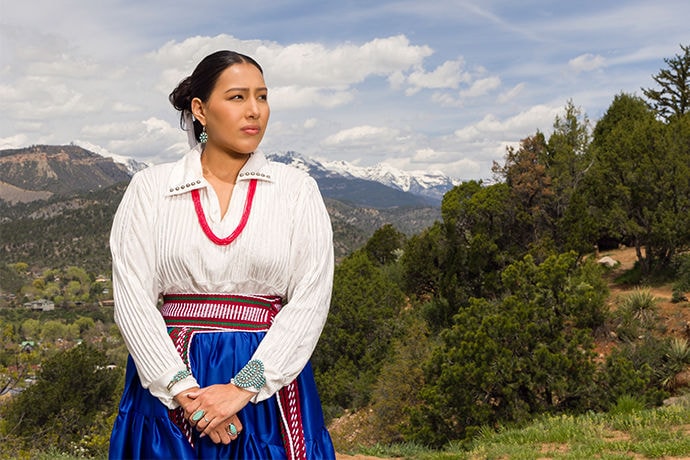 44 Stories of Teach For America Alumni Dedicated to Social Justice