A reflection on what this day means to educators. 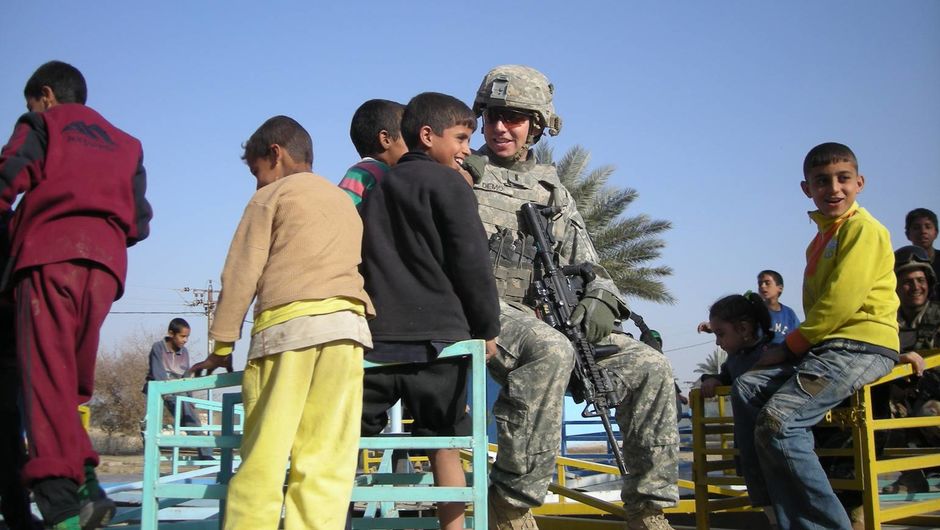 Today, Veterans Day, I’m thinking about Charles Stewart. Charles works at KIPP Lynn in Massachusetts, and his route to teaching there has been marked by service and dedication. I am inspired by his work, and I write today to honor his commitment to our country.

Charles joined the army at nineteen. He served as 2nd Lieutenant of Military Intelligence in Iraq, then used his military education award to attend the University of New Mexico. In 2010, he became a Teach For America corps member and taught 2nd grade in Dallas, Texas, using the leadership and grit he learned overseas here at home.

Today, at KIPP Lynn, Charles teaches over sixty 5th graders each day – he knows the great things they can do, and he holds them to it. His school has the highest proficiency scores, in every subject, of all public schools in Lynn, but it’s not the numbers Charles is concerned with—it’s the focus and progress, the academic and personal growth he sees his students achieve. It’s the relationships he’s built with kids who look at him and know that he, too, has been through tough times and made it out on the other side. “In the army, we always say ‘mission first, people always,’” Charles explains.  His mission, as a teacher, is clear – but leading children to be their best selves is what drives him.

It’s no surprise, then, that Charles goes above and beyond the call of duty at KIPP. Every week, along with fellow TFA ’10 alum and Iraq veteran, Chris Demo, Charles leads a program called Fit Boys, a fitness regimen for the most at-risk boys in the school. The boys love it – they get to release energy, build friendships, and learn some of the basic fitness drills Chris and Charles learned in the army. Boys that are often disengaged during the school day start investing in KIPP as they gain trust with Chris and Charles. They build discipline and focus, and see the power that practice and teamwork can bring.

Eventually, Chris and Charles hope to start their own school together, using the skills and leadership they learned serving abroad to serve even more children here at home.

So today, I’m thinking about Chris, and Charles, and their students.

I’m thinking about the over 100 veterans who have served with Teach For America in the past five years.

I’m thinking about the fact that by 2015, we project that 5% of our corps will be former servicemen and women.

I’m thinking about my own father, who is a veteran of the Vietnam War and who emerged with a sense that this country is worth fighting for.

This country is worth fighting for. And every day, our teachers fight for our students’ right to succeed and meet their potential. Each one of us must defend their right to an excellent education, and I’m honored to have so many dedicated veterans on board with that mission

The Strength of the TFA Network for Military Veteran Alumni

How To Up Your Teaching by Getting Comfortable With Conflict

From the North Arabian Gulf to the Classroom