From wildfires to royal weddings—she does it all without skipping a beat (or tweet). 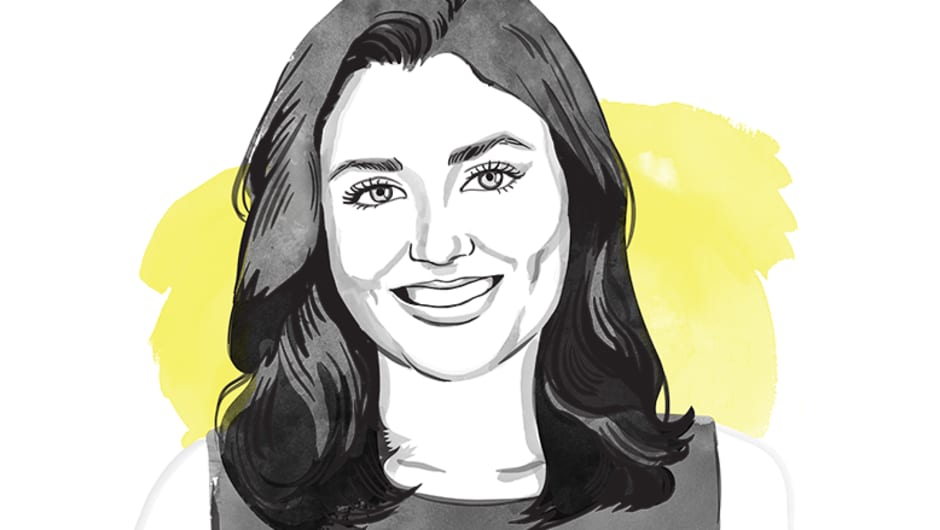 The big-budget education documentary Waiting For “Superman” came out as Kristen Holmes (Chi–NWI ’09) began teaching at a charter school on Chicago’s South Side. But her experience in the classroom proved more complicated than the film’s portrayal. So she produced a short documentary about her students’ experiences and used it as part of a successful application to Columbia University’s school of journalism. Today, as a CNN national correspondent, Holmes (@KristenhCNN) travels to wherever news is breaking. Holmes’s background is in political journalism. She was a producer for The Lead with Jake Tapper before becoming a CNN White House producer and then a producer who covered the Trump campaign in 2016. But she’s also covered natural disasters, human tragedies, and soon, a royal wedding (she was preparing for Prince Harry and Meghan Markle’s nuptials when we spoke).

Amid tweets, interviews, and a punishing travel schedule, Holmes took a call from One Day to talk about her media diet, including where she gets her cute-puppy fix and how she’s preparing for royal mania.

You’ve worked for shows like The Colbert Report and Piers Morgan Tonight. What’s the most interesting thing you’ve experienced on the job?

Covering the Trump campaign. Not for the faint of heart.

A lot of people are pretty bummed out about the news business. You?

I’m optimistic. Our work of holding the powerful accountable is more important than ever before, and there’s some incredible reporting coming out right now.

You seem to be tweeting or re-tweeting something at least a dozen times a day. What are some Twitter accounts you can’t live without?

I’m doing a series for our midterm coverage called RunningMate, so right now, I’m all politics. My go-to for that is Cook Report: @CookPolitical, @CharlieCookDC, @amyewalter, @jennifereduffy, and @Redistrict. Also, @CNNPolitics.

And when you’ve had enough of politics?

@CuteEmergency or @OhMyCorgi. You can’t get over a basket full of puppies!

What’s your best good-news story of late? (Because you know we all need it.)

I did a story where Democratic and Republican members of Congress participated in a take-your-child-to-work day for children who have lost a military parent. (Interested in watching a 7-year-old wearing seersucker sign fake bills into law? Yes, please.)

“For many women, we are constantly told how to act and how to behave when we are young, especially in terms of being polite and following rules. My mom said, "Forget all that. Be aggressive. Follow your instinct."”

I love what CNN and Netflix are doing with longer-form docuseries, like CNN’s The Kennedys, and Christiane Amanpour’s new series, Sex & Love Around the World. There’s a good Netflix series on Flint, Michigan. And I just watched the Netflix Adderall documentary that everyone is talking about, Take Your Pills. That one’s really good.

News consumption was about instant gratification for a while, but we’re coming full circle and there’s an appetite for these longer series. I love seeing that.

Your mom, Lois Romano, is a longtime Washington Post reporter and founder of its “Reliable Source” political gossip column. What did she teach you about journalism?

She is fearless. She would walk right up to a senator or congressman at an event and ask whatever she wanted to know. When I was an intern in Oklahoma covering tornadoes and the roads were closed, she told me to get on the back of someone's—anyone's—truck to bypass the closures. I didn't do that, but I did figure out my own way. For many women, we are constantly told how to act and how to behave when we are young, especially in terms of being polite and following rules. My mom said, "Forget all that. Be aggressive. Follow your instinct."

Favorite read that takes you away from the media frenzy?

The Giver by Lois Lowry. I read it every year.

Favorite book about the media?

Personal History, the autobiography of former Washington Post publisher Katharine Graham. Also, All the President’s Men and The Boys on the Bus. That’s so cliché, but whatever.

Podcasts: yes or no?

I love podcasts! I think they’re incredible, and most do something different than what we do on CNN. My favorite is The Daily by Michael Barbaro from The New York Times.

Also, My Favorite Murder. I used to want to be a true crime reporter.

When you’re not tuned into the news, what has your attention on TV?

Netflix’s The Crown. But that’s because I’m covering the royal wedding. I’m not a “royals person,” but now I find myself reading the Daily Mail.