Celebrating May Have to Wait

A recent high school graduate reflects on starting a new chapter of life when the future is full of unknowns. 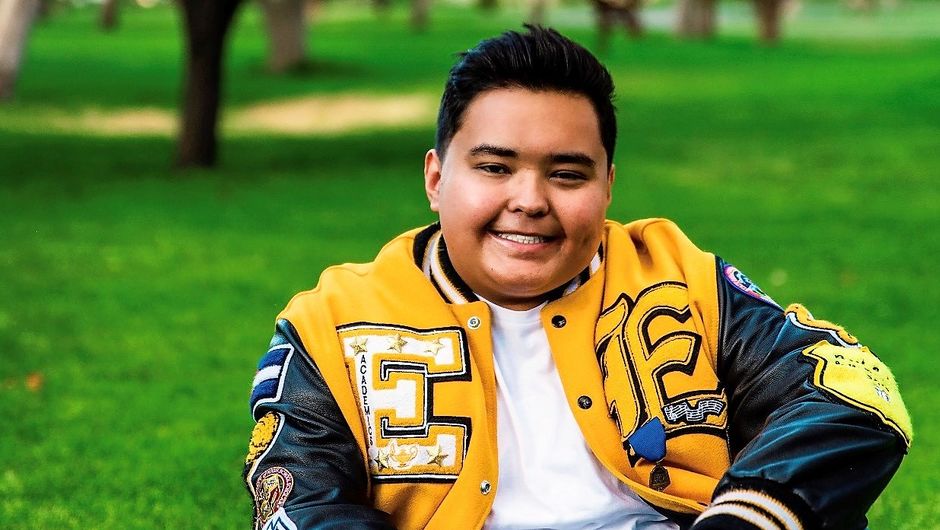 Ever since Xavier Ada stepped through the doors of East High School in Pueblo, Colorado, as a freshman, he dreamed of the big day when he would graduate. Now that the big day has come, he could have never imagined that he would be participating in a surreal, “socially distant” graduation ceremony because of a global pandemic. While it wasn’t the celebration he was envisioning, he is still proud of his hard work and accomplishments as an honors graduate and Future 10x Fellow.

For now, Xavier is figuring out how to restore some normalcy to his life by working part-time, playing guitar, and enjoying the outdoors. Meanwhile, he’s waiting to hear how the pandemic will impact the next chapter in his life in the fall—and if he will begin his freshman year at the University of Denver on a laptop in his bedroom, rather than on campus in a college dorm.

In the latest installment of “COVID-19: Community Voices, Xavier shares how he’s planning to spend his summer, and his mixed feelings about what lies ahead as he contemplates the possibility of attending his first semester of college online.

You recently graduated from high school, congrats! What did your ceremony look like?

So instead of postponing graduation, our district decided to a social distance graduation and broadcast it online. We still showed up to school in our caps and gowns, but only five of us could be in the auditorium at a time. We all stayed six feet apart as we walked across the stage, grabbed our diploma, took a picture, and then we went home after that. The school also live-streamed it so it was like a virtual graduation.

Usually, we don't have graduation at our school. We have it at a big stadium in town. So it was especially hard because we had to go back to school.

That’s a huge milestone. Are you doing anything to celebrate?

I don't know, maybe once restaurants start opening up, we’ll go to a nice restaurant or something.

How have you been keeping busy since graduation?

I’ve been doing a lot of outdoor adventures. Colorado is so dynamic, so really you could just go outside and be somewhere new within a two-hour drive.

I also just got a job at Wingstop, so that's really helping with the keeping busy part and I get to make some money on the side. So I'm doing good

How have you been coping with everything that's going on?

It was really hard at first, but I’ve accepted that this is the new normal and we’ve got to live our lives again and decided to get a job. The job has really helped me get back to a normal routine of getting outside the house again and I'm not just sitting at home anymore.

Are you worried about your health—just being outside and being around people?

Not really because we follow safety guidelines at work. We have to wear a mask all the time and there are glass protectors between us and customers. We all get our temperature checked every day just to make sure like we're okay. With all those safety precautions I'm not really too worried about it. But if I do start feeling a little bit sick, I will not hesitate to stay home and just take it easy.

What do you think your summer is going to look like?

I don't know. Hopefully, during the summer more restrictions are going to be lifted. I really want to go on more hikes with friends or more outdoor attractions here in Colorado that I've never been to. That's what we were planning on doing anyway. So hopefully that still works out.

What do you miss the most, that you haven't been able to do since you've been in lockdown?

Honestly, I think I just miss going to school. I was one of those kids who always wanted to go to school. It was hard because l would have to wake up at seven in the morning and be out the door by eight o'clock. Now that this happened I usually don’t get out of bed until nine, which is nice, but at the same time, it’s not what I was used to. It was a little bit of a weird adjustment.

I miss waking up in the morning and then going to see my teachers. It’s just crazy because I took sitting in class and listening to a boring lecture for granted. But that's definitely what I miss most is going to school. 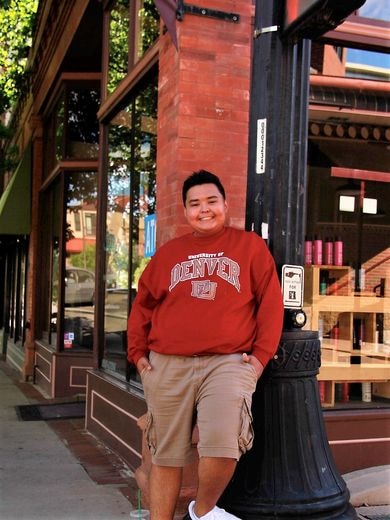 Xavier Ada is waiting to learn whether he will have to attend remote classes when he starts his freshman year at the University of Denver this fall.

‘It Will be Such a Hard Adjustment’

Will you be going to college in the fall?

I’ve been accepted into the University of Denver, so I'm planning on attending there next fall to study law and political science.

Do you know if you’ll be attending classes in-person or online?

I think they're really hopeful that it will be in person, but no one can really say as of right now. The university actually released a press release saying they’ll announce the official decision in July but they’re hoping to have all students in person. The other alternatives will be to do some days on campus some days online during the week or we just do all online. But I really think they're trying to stray away from all online just because it will be such a hard adjustment going from high school to college if we have to do it online.

Some students are considering deferring college if their first semester is online. What are you planning to do?

I think that's where I'm at too, just because I'm not a person who can learn through a screen. But the school has announced that if they do go online they will still honor all financial aid for the next semester. So there's still the option to take a gap semester and then hopefully the second semester will be in person.

‘I Just Really Want Things to be Clear Again’

Outside of school and work, do you have any hobbies? What do you like to do in your free time?

I'm actually a musician and I’ve started to pick up the guitar again. I’ve also been helping my family with home renovations and spring cleaning, so that's kept us busy for about a month. And Netflix comes in handy too when you just need a brain break.

What's helping you stay positive during this time?

At times I felt like this was all just happening to me and I was the only one going through it. But I think what helped me through that was looking at it from a broader perspective. At least I have my health, at least I'm safe. At least I still have food on the table. At least I have a roof over my head, I have a bed to sleep in. There are so many positives in life and I’ve learned to let go of things I can't control anymore.

Do you feel like there is a part of this experience—of being a student going through this—that isn’t really being talked about?

I think the biggest thing is mental health. I’ve seen a lot of my friends’ mental health go downhill really fast. I think we just need to be wary of the things we say on social media because we don't know who that's targeting or who it’s offending someone. These are rough times and I think we forget that we're all human.

What are your hopes for the future? What do you hope will change over the next couple of months?

I think like anyone, I just really want things to get better. That's kind of the obvious answer. I think for me this year has just been so unclear. It’s given me a lot of anxiety for next year, especially in the fall, not knowing what's going to happen.

Going to college is something I've looked forward to ever since I stepped into my high school doors as a freshman. College is such a big step. High school graduation, that's a big step. Looking to the seniors every year, seeing them cross the stage. And I was like, that's going to be me one day. I'll be decked out in all of my cords and celebrate everything that I worked so hard for.

I just really want things to be clear again. I know life is not black and white, or simple. But just some certainty of what's going to happen next fall or next year. That would be great.

“COVID-19: Community Voices” offers a glimpse of life and learning during the coronavirus school closures, in the words of students and parents in the communities we serve. Read other stories in the series:

If you'd like to tell your story or would like to suggest a story for us to cover, please email us. And find resources for educators supporting students through the coronavirus outbreak at Teach For America's educator resource hub.

One Student's Perspective on the Pandemic