This Black History Month, we’re looking at educational issues central to the Black community in 2019--and the organizations with which we’re partnering to create solutions. For centuries, Black leaders have led the charge in ensuring that quality education is at the center of the experiences of Black children. Supporting educators and setting Black youth up for success in school remain top priorities in 2019. This Black History Month, we're highlighting three issues of great importance and the organizations that we partner with and learn from. Together, we address them in innovative, effective ways.

"Teach For America's Black Community Alliances works to ensure that our theory and our practices align,” says Duanecia Evans, senior managing director of the Black Community Alliances. “As Teach For America enters its 30th year, we are clear that it takes community, collective action, and historical context to build upon the work of bringing access and opportunity to all students. I am proud to continue to be in partnership with and expand upon the work of leaders before me.” 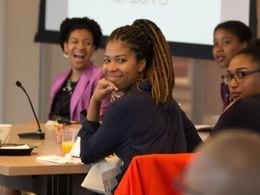 We often talk about how school discipline policies disproportionately harm Black men and boys, but Black women and girls also suffer under these discipline policies, says Nia Evans, the campaign manager for education at the National Women’s Law Center, a nonprofit founded in 1972 that advocates for women's rights through litigation and policy initiatives.

One of the greatest threats to Black girls’ right to receive an equitable education is school disciplinary policies that actively or subconsciously target Black women and push them out of the classroom. The concept of “pushout” was developed by Monique Morris, a Black feminist scholar who wrote Pushout: The Criminalization of Black Girls in Schools. “Black women sit on the intersection of both race and gender, so they have to deal with all the stereotypes and struggles that accompany racism and sexism,” Nia explains.

Nationally, Black girls are more than six times more likely to be suspended than white girls, even though there is no evidence of Black girls misbehaving more in school than their peers. The offenses that lead to girls being pushed out of the classroom through suspensions are both minor and subjective in nature. These can include infractions such as being “loud,” wearing hair in so-called “unkempt” styles, or wearing clothing that “distracts boys.”

NWLC and Teach For America’s Black Community Alliances are currently working together to train and mobilize teachers around the issue of Black girls’ pushout in education.

“These conversations are hard, because people don't go into education to push kids out. Confronting your own internalized biases that can contribute to push out is difficult--even for educators of color,” Nia says. “But these are biases that we all hold, so being able to evaluate them and unlearn them is really important. All teachers need to ask the question: ‘How can we do better by girls? How can we do better by Black girls?’” 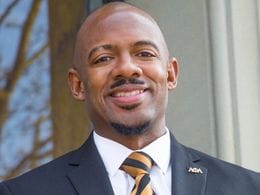 Educational Access and Opportunity for Black Men and Boys

“Black men and boys are navigating a society that is constantly challenging and threatening their own self-worth and belonging,” says Dr. Jamie R. Riley, the executive director and COO of Alpha Phi Alpha, the nation’s first historically Black intercollegiate fraternity.

Alpha Phi Alpha was founded at Cornell University in 1906 to transform how Black college men experienced higher education at a time of deep segregation in America. In 2019, education is still profoundly ingrained within the fraternity’s programming, as its members--known as Alphas--work to dismantle the damaging ideologies that so often limit the possibilities and aspirations of young Black men and boys in schools.

Alpha Phi Alpha does this work through youth and education mentorship programs like “Go to High School, Go to College,” which pairs Black youth with an excellent role model to emulate, as well as individual mentorship programs developed by each fraternity chapter to meet the needs and local contexts of their communities. 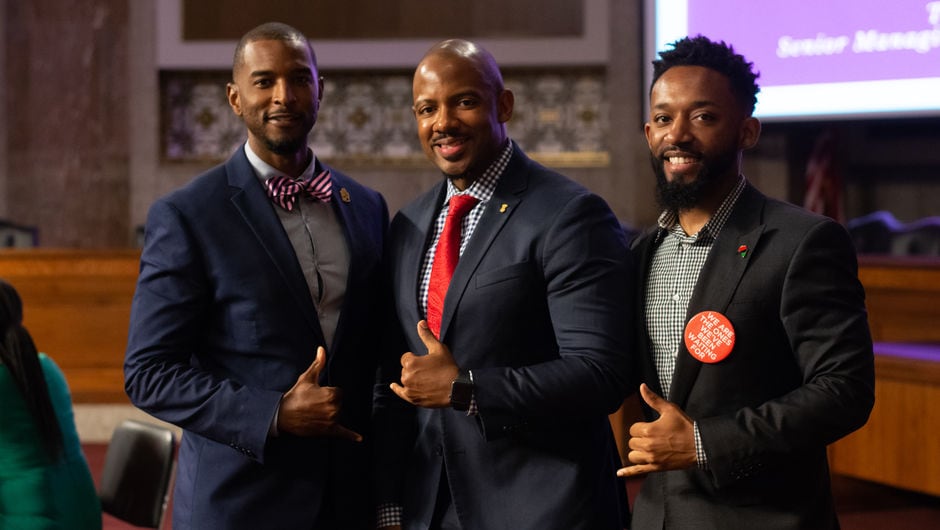 Part of Alpha Phi Alpha partnership with Teach For America involves increasing the pipeline of Black male educators in our nation’s classrooms--a population that makes up just two percent of our nation's teachers today. Studies show that when Black children have a Black teacher, particularly one of the same gender, there are strong positive impacts on self-esteem, academic performance, and interest in pursuing college. The two organizations are working together to show Alphas that they can be that role model in the classroom through meaningful careers in education.

“We understand the importance of young boys and men seeing teachers who look like themselves in the classroom,” Dr. Riley says. Black men and boys not only digest materials differently from someone who they assume has a similar shared experience--they begin to see what’s possible for them by watching a role model who looks like them lead and influence their classroom.

“It's just as important for educators to focus on self-efficacy, self-esteem, and identity development affirmation in the classroom as it is to focus on content and the outcome,” adds Dr. Riley. “It's all about affirming efficacy and identity and, at the core, letting young boys and young men know that they are able, they are supported, they are loved, and that education can be cool and a turning point in their experience and life.”

“It's just as important for educators to focus on self-efficacy, self-esteem, and identity development affirmation in the classroom as it is to focus on content and the outcome.” 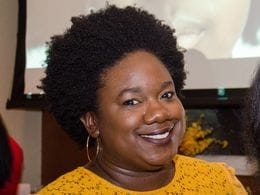 “When college graduates have a stronger sense of who they are, they're able to go out into the world and make a deeper and a more meaningful contribution to not only their immediate community but communities overall,” says Naomi Shelton, national director, K-12 advocacy, at UNCF, the nation’s premiere scholarship fund founded in 1944 to help Black students attend and graduate college, as well as support them in landing relevant internships and careers.

This belief is the foundation of UNCF’s 75-year mission, guiding the organization’s work to expand college access by advocating for the importance of an excellent education and by ensuring schools and students are aware of the benefits of historically black colleges and universities, known as HBCUs. For more than 150 years, HBCUs have not only been essential to advancing educational opportunities for the Black community—they’ve also incubated some of the greatest thinkers in the educational equity movement, including Thurgood Marshall and W.E.B. Du Bois. 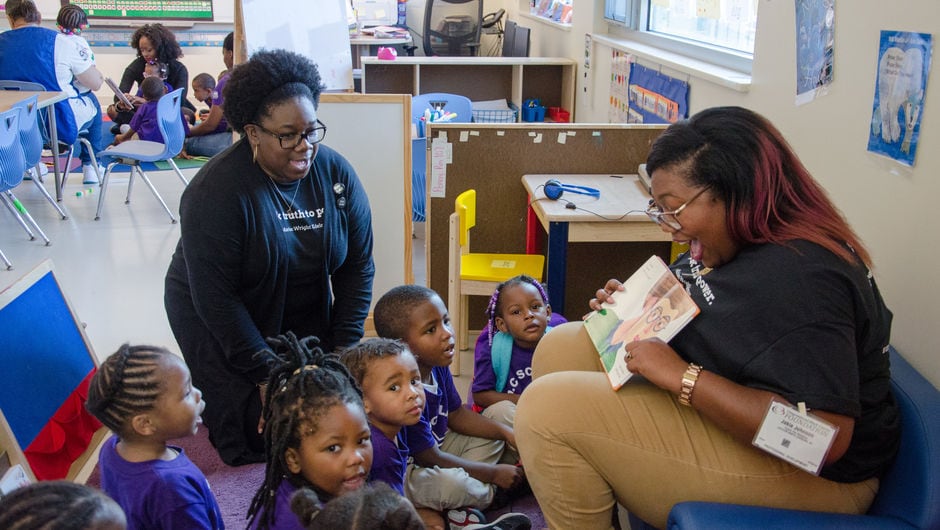 It’s for all these reasons and more that UNCF encourages educators who are concerned about their Black students' attending and thriving in college to discuss the continued importance of HBCUs.

“I think there's the myth that attending an HBCU means that you're not ‘prepared for the real world.’” Naomi explains. “Educators should talk to their students about HBCUs, unpack the myths and negativity, and speak more about the many positives these institutions and their 100-year-plus legacies of excellence have to offer.”

UNCF and Teach For America’s partnership is focused on ensuring that Black students are not only are prepared to attend and graduate college, but are also empowered to pursue meaningful careers afterward—including those that impact educational inequity. This involves showing HBCU graduates the possibilities of the education landscape, and how they can make a difference advocating for what Black students need to ensure they’re able to follow in their mentors’ footsteps and pursue higher education.

Together with the help of Alpha Phi Alpha, NWLC and UNCF, the Black Community Alliances is working toward the day when all schools meet the needs of Black students, empowering them to soar above the bar of high expectations into lives of success, happiness, and impact.

“When you hold students to a high bar and provide them with the high-quality education necessary, they will rise to the occasion and exceed that bar,” Naomi says.

13 Black Leaders Who are Shaping the Future of Their Communities