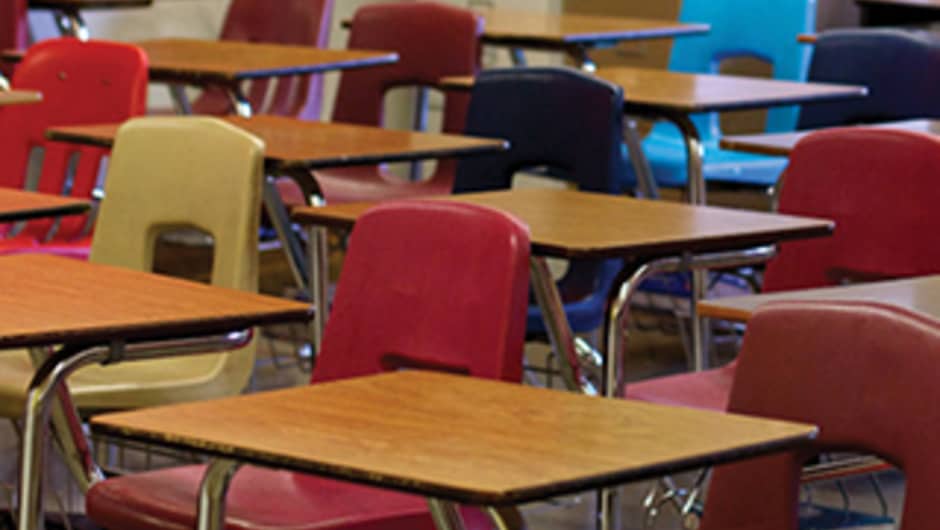 We receive many questions about our assignment process and there are many misconceptions. For example, did you know many of the criteria for a region are set by the state and not Teach For America? Or that what we assign you to teach isn’t set in stone? Or that when you are assigned to a region you still need to interview for a teaching position? To talk more about these topics we've recruited our assignment guru Caroline Charrow to explain how we assign you, how your placement is determined, and the difference between the two:

When I was accepted into the corps in 2008, I was assigned to teach elementary school in the New York region. I was initially bummed about the NYC part, as I had wanted to be in Boston – but pretty excited about the elementary assignment. Surely elementary students would be all sweetness and light, and my time in the corps would be filled with adorable children showering me with hand-made drawings and hugs. My fourth grade classroom at summer training quickly disabused me of that notion – elementary schoolers are indeed great, but they need strong lesson planning and classroom management just like any other student.

As the summer wrapped up I still hadn’t been placed yet. “Placed” meaning hired to teach in an actual classroom in an actual school. I wasn’t too worried because I knew that I would be placed eventually, and every week I saw the NYC Teach For America staff arranging interviews for my peers that turned into jobs. Finally, I got a call from my Teach For America staff point person informing me that I had an interview at a K-8 school in the Bronx. I put on a suit, made copies of my resume, and steeled myself for the interview. A week later the assistant principal called me to say I was hired and should report to school the next day for new teacher orientation. Oh, and I’d be teaching seventh grade science.

I was surprised and nervous to find out I would be teaching middle school, but I also wanted and needed a job, and I knew I had to take the first offer that I received – to do otherwise would sour Teach For America’s relationship with the school trying to hire me, and hinder the ability of future corps members to get placed there (two other corps members were hired after me that year, and another two the year after – that’s four people besides myself who wouldn’t have had jobs if I had turned my nose up at middle school). So I dutifully reported for school the next day, and spent the next two years teaching science to the smartest, funniest, and all around greatest seventh graders in the world. I won’t lie and say the transition from 4th to 7th grade was completely seamless, or that I didn’t struggle a lot that first year, but with the support of my Teach For America instructional coach, my fellow corps members, and the other teachers in my building, I was able to do it. I learned to love seventh grade science, from the almost frenzied curiosity my students had about virtually everything we learned in class (they had never had a science teacher before me!) to the awesome experiments we got to do, from burning dollar bills in acetone to dissecting cow eye balls.

Today, I am working on the Teach For America admissions team. Specifically, I’m the person who assigns accepted corps members to the region and subject area they will be teaching. I use a computer algorithm that matches available positions in each of our regions with the accepted applicants who both want to teach there and who meet that state’s particular certification requirements (usually a combination of GPA and coursework requirements). In situations where there are more qualified applicants who want a particular region than positions available there, the computer uses a random lottery to decide who gets assigned there.

I tell you this story to illustrate the very important yet often under-explained difference between your Teach For America assignment and your Teach For America placement. Your assignment is the region and subject area that we in admissions tell you you’ll be teaching when we notify you of your acceptance (my assignment was elementary school in New York City). Your placement is the actual subject and grade you are hired to teach at a particular school in your region (my placement was seventh grade science).

Regional staff communicate with their partner schools throughout the year to find out what vacancies they anticipate having the following year, which they then use to tell us on the admissions team how many corps members they anticipate needing in each subject area. We then use those projections to make our initial assignments. However, it is not uncommon for a school’s hiring needs to change. Maybe an English teacher who had been planning to retire decided to stay another year, while a Spanish teacher unexpectedly moved to a new city over the summer. Now that region needs one less English corps members, and one more Spanish one.

Does this mean your initial assignment is completely meaningless? No, of course not. The region you are assigned to won’t change, and the majority of corps members do end up teaching within the subject area they were initially assigned to – once you are assigned you will need to study for and pass your region’s state certifying exam to be eligible to teach, and if you are an English corps member in the hypothetical region above you won’t be placed as a Spanish teacher if you aren’t going to be able to pass the required exam (in my own story, I did have to study for and pass a new teacher certification exam to be eligible to teach science).

However, keep in mind that placements within a license area can span broad swaths of classrooms; “elementary” in many regions can mean anything between kindergarten and sixth grade, “social studies” can mean anything from pushing into fifth grade classrooms with a cart to teaching high school seniors about the economic causes of World War II. And while you likely won’t be randomly switched from pre-K to high school physics without your regional staff talking with you about your ability to handle such a drastic change, you should be aware that what happened to me is not uncommon. If there are no placements available in the subject you were initially assigned to, you may be asked to take another certifying exam or interview for positions in a different subject, and that’s okay.

If we could predict with 100% accuracy which grade level and subject you would be hired to teach next year, we would absolutely tell you that information up front. But given the complex and ever-changing landscape of teacher hiring, we have to make the most well-informed predictions we can, and then be prepared to be flexible when school hiring needs change. Adaptability will serve you well as a corps member, from when the fire alarm goes off while you are doing a lab to when your projector breaks in the middle of a lesson, so getting into a flexible mindset early on will only help make the road smoother for you later or, at least it will make you more able to roll with the bumps.

I know it can seem scary to not know with certainty what exact type of classroom you’ll be in come fall, but no matter what your placement is you already know the most important thing you need to know about your future students: They need a great teacher, and regardless of their subject and grade level, that teacher can be and needs to be, you.

Learn more about how we place corps members and the regions where we work. For more information and tips on regional assignments, check out this article.