Allow Black Students to Be Their Authentic Selves at School

Educators should end policies and practices that prohibit natural hairstyles and inhibit other harmless forms of expression.

By Jason B. Allen 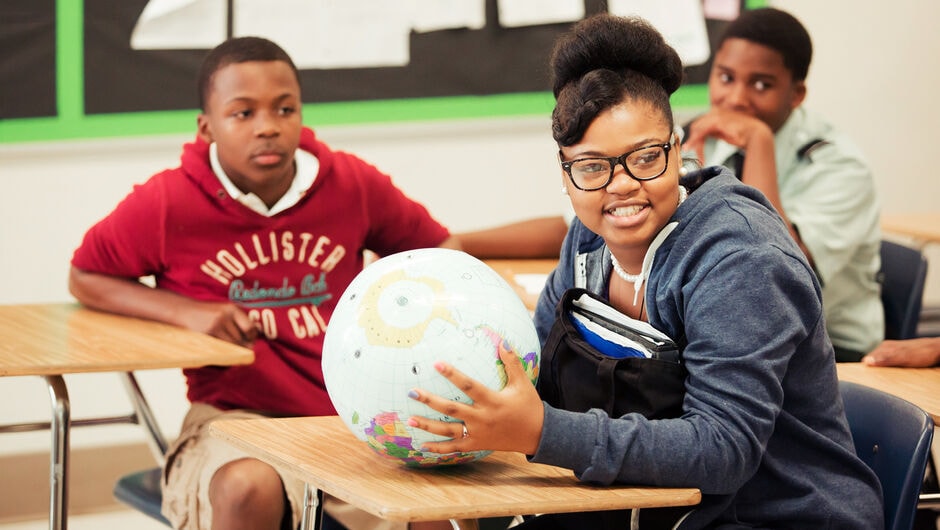 Schools struggled to keep Black students enrolled and engaged even before the pandemic. Even as school buildings begin safely reopening, Black students will still suffer mentally, emotionally, and socially.

Why? Because they aren’t free to be themselves.

Traditionally, some educators have implemented and enforced punitive rules that dictate to Black children how they can show up in academic spaces. I have worked alongside teachers who discouraged Black students from being their authentic selves. More recently, in the wake of shootings of Black males, teachers would demand Black boys remove hoodies in school even if the hoodies were for school-related programs or events. Could this have been a way to “protect” Black boys from stereotypes? Possibly. It could also very well have been an expression of bias against Black boys because of the stereotypes perpetuated about them.

Such bias exists even in remote, or virtual, classrooms. I often hear stories about it from colleagues and read on social media about teachers’ policies regarding attendance, discriminatory behavior, and discipline. Examples include blocking Black students from class for logging in one minute late and placing students in the virtual waiting room if they don’t turn on their camera.

Black students also face harsh and biased restrictions on their hairstyles and clothing. They have also been unfairly punished for wearing face masks or displaying virtual backgrounds that say “Black Lives Matter.”

In 2019, I wrote an article for EdLanta about a specialty school in Dekalb County, Georgia, that banned Black students from wearing certain natural hairstyles such as braids and locs. My student leaders, members of the EdLanta Student Coalition, have been outspoken about how Black students are treated at school regarding their natural hair.

Black teachers, regardless of the type of educational space they are in, aren’t able to protect Black students from this type of discrimination. Too often, teachers don’t accept or barely tolerate Black students, which is part of a well-known—and persistent—system of oppression in public schools. 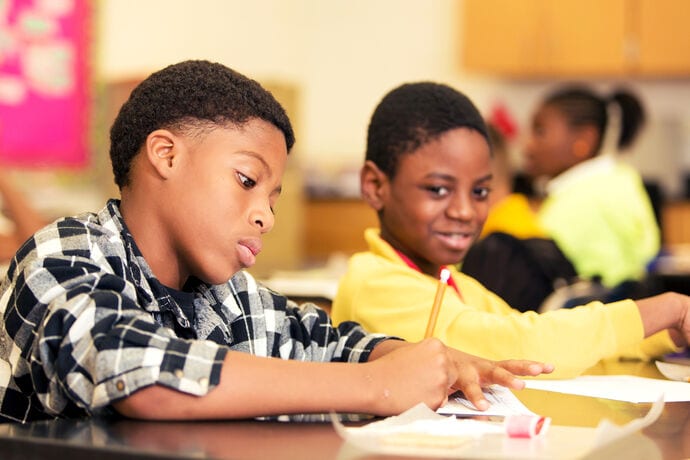 Educators need to dismantle barriers to learning, particularly for Black students. A good place to start is actions based on guidance from the Center For Black Educator Development:

This work must also be supported on a federal level. To stand true to its plan to “build back better,” the Biden administration must uphold the commitment to rebuild and restore the U.S. Department of Education’s Office of Civil Rights. The OCR must resume and strengthen its work to end the school-to-prison pipeline and protect the educational rights of all students regardless of race, gender identity, sexual orientation, or ability. That requires updating and strengthening the OCR school discipline guidance package.

The new guidance is needed in many areas, most urgently around compassionate, trauma-informed alternatives to exclusionary discipline during learning—infractions related to masks and social distancing, not turning on a camera, and attendance issues related to technology or lack of supervision. I know many public schools struggle with training for this type of approach to discipline, so teachers should seek resources from other organizations such as the Center for Black Educator Development, Profound Gentlemen, and Profound Ladies.

The OCR must also continue to collect and make public data on school climate and exclusionary discipline practices such as suspensions and expulsions. The discipline data, including instances from remote learning, must be documented and disaggregated by OCR-required categories.

We can’t continue to have the conversation of equitable educational outcomes for Black students without addressing the racial disparities in student discipline. Removing policies that inhibit student expression will help with creating classrooms that are welcoming and culturally inclusive. 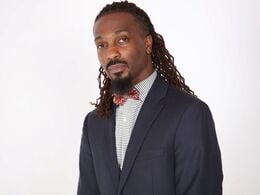 Jason B. Allen is a special education teacher in Georgia who has more than 15 years of experience as a teacher and leader servicing students, families, and communities. Through his work with Profound Gentlemen, he also works to recruit, retain, and empower Black male educators to advocate for social justice and equity. He is also an education activist and a blogger for EdLanta.

Tearing Down Barriers By Building Up People