Ahead in Buffalo Schools 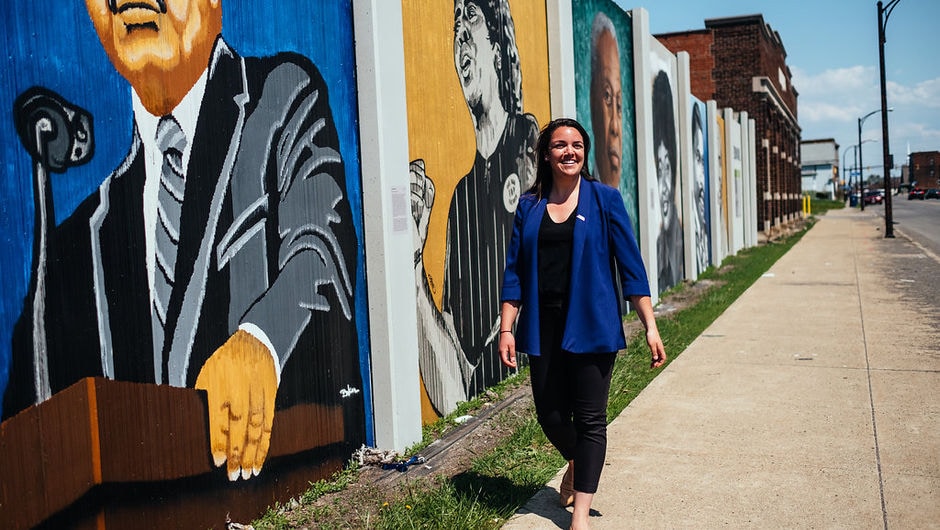 Joelle Formato is a native Buffalonian and the founder of Persistence Prep, slated to open in fall 2018 . Photo by Shawna Stanley.

In 2005, about 54 percent of students in Buffalo city schools graduated from high school in four years. That was marginally better than New York City’s catastrophic 47 percent rate, at the time. But while New York City kept improving graduation rates, Buffalo sunk deeper, struggling for the next decade to top 50 percent.

Today, student outcomes show signs of progress. The graduation rate is about 64 percent, and there’s been an uptick in students graduating with a Regents diploma that signals solid student performance on standardized state tests. Those numbers feed a citywide narrative: Buffalo, long a symbol of urban decay, is once again on the rise. 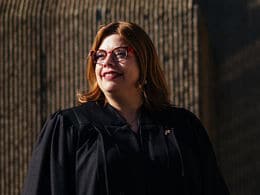 Katie Campos, a lifelong Buffalonian, got Teach For America off the ground as the region’s executive director in 2014. Today, each of the region’s 55 corps member fills a high-need position, teaching English as a Second Language or bilingual or special education. (Due to Buffalo’s status as a refugee resettlement city, students speak 85 languages.) Nearly all corps members teach in traditional public schools.

Campos has worked the phones attempting to inspire Teach For America alumni from Buffalo to return to the city that needs them, and it’s starting to work. In 2013, she counted 11 alumni living in the region. Next year, she expects there will be 80 (including corps members who have stayed).

Joelle Formato (D.C. Region ’11) grew up in a Buffalo suburb before leaving the state for college. “I never thought I’d come back,” says Formato (pictured above). But in 2015, the local Cullen Foundation funded two Building Excellent Schools fellows to open schools in the city. Formato, energized by the changes happening in her hometown, signed on.

Formato and co-fellow Brian Pawloski, a longtime Teach For America Baltimore staff member, spent months in community meetings and one-on-one conversations, hearing what kinds of schools families wanted for their kids. Formato is designing a school with a focus on social justice, beginning with conversations in kindergarten about fairness and culminating in eighth grade community projects. Two new BES fellows, both Teach For America alumni, will begin in the fall.

Formato finds parts of Buffalo unrecognizable compared to the city of her childhood. There’s a redeveloped waterfront along Lake Erie and a sparkling new University at Buffalo medical school encompassing an entire neighborhood near downtown. “We’re at a pressure point,” Formato says. “Schools are the piece that will continue to move our city forward—or cripple us.”

7 Non-Negotiables for Supporting Trans & Nonbinary Students in Your Classroom

A Poet Misses Those Moments Between Classes