A Lesson in Serving the Nation

Three military veterans tell us how they’ve shared the values of national service with their students. 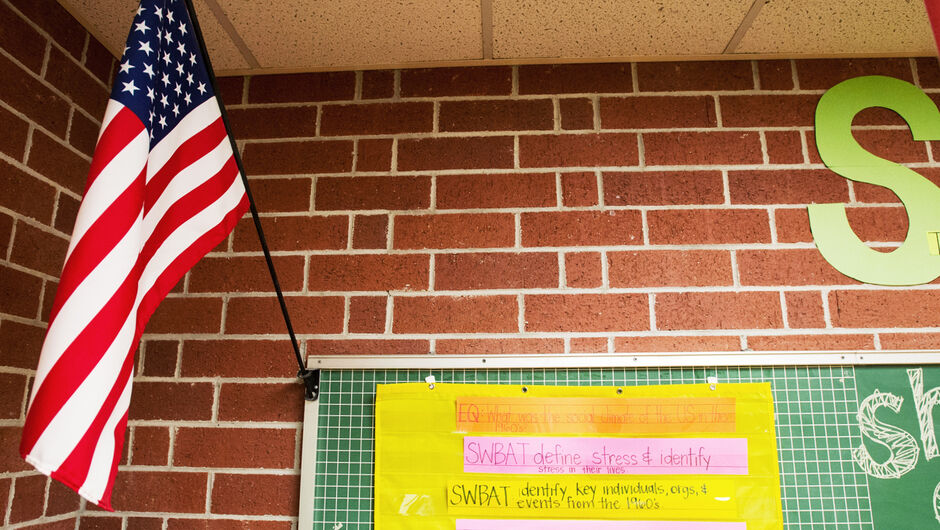 National service can take many forms: military service, volunteering with youth, serving through AmeriCorps, teaching, government work, and serving as a poll worker, to name just a few.

These acts of service help to develop skills that positively impact communities nationwide and abroad. National service also builds bridges across lines of difference, bringing together a diverse coalition of leaders who deeply care about shaping the future of their community and country—something that is more important than ever in this time of deep division.

For Veterans Day 2020, we spoke with three military veterans—two corps members and an alumna—to learn how their service has changed them as educators, community leaders, and as citizens. They discuss how they’ve shared, and continue to share, these important qualities of civic engagement and national service with their students. The path to becoming an educator was a long and winding one for Leondrus Wright, who served in the military from 1999 to 2007 before moving onto a long career in the culinary field.

But his passion for teaching, which he developed in college while mentoring young men in low-income communities through his fraternity, never waned.

Fast forward to today, and Wright now is living that dream as a fourth grade science teacher in Las Vegas, Nevada. Wright draws on his experience in the military to serve his students, using the discipline, planning skills, and integrity he learned during his service to guide him in the classroom.

For Wright, it’s not just about teaching his students math. Part of his duty as an educator includes empowering his students to exercise the rights that the military fights to defend, whether it’s highlighting the importance of voting, teaching about the power of civic engagement by giving a lesson on the March on Washington, or illustrating the changemaking power of public service.

“I'm a firm believer in if you want to make change, you've got to be a part of it. That's something I try to instill in my kids,” Wright says. “Public service is a way of doing it, whether that's serving in the military, being a teacher, or a politician, or a social worker or whatever. If you see something wrong with the system, get in that system and affect that system from the inside.”

That’s what Wright is doing today in education. Growing up, he never had a strong Black male role model in his life or in his K-12 education to look up to. Wright is determined to serve as that role model for the next generation.

“I pride myself in being a teacher, because it is a national calling,” Wright says. “It's a national service. Teachers are one of the most underpaid, underrepresented, and not respected professions, so it takes a lot to do this job.” 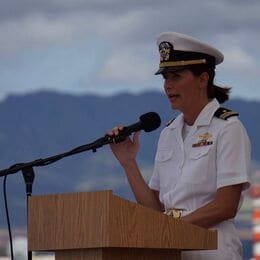 The moment when Jessica Horn joined the military was an especially significant one for her. That’s because when she took her oath of office, she did it in her classroom, in front of all her students to see.

“My recruiter came to the school, and I raised my right hand, and I stated my name, and my intentions to serve and protect our constitution,” Horn says. “I got to share that with them and that's really special to me.”

Today, Horn is a 10-year veteran of the United States Navy and serves as a Navy Chaplain in Hawai’i. But before joining the Navy, Horn served as a corps member in Los Angeles. She decided to begin teaching as a way to get involved in the fight against institutionalized and systemic racism after taking an “Introduction to Racism” course in college. This class changed the lens through which she approached everything, Horn says.

During her time in the classroom as a special education teacher and world history teacher, Horn strived to impart the importance of serving your community and country. In addition to taking her oath of office in front of her students and demonstrating service through food drives and volunteering, she also invited her father, a military veteran, to the classroom to talk to her students.

“When we got to Vietnam in the world history stratum, I had my dad come wearing his uniform, and talking about his service and also about what it meant to be alive during that time,” Horn says. “I hope that helped to shape my students' understanding of what it means as a citizen to be served by the military, and to honor that.”

But above all else, Horn credits her students for teaching her just as much about the value of serving the community as she taught them. They changed her heart, her citizenship, and her leadership in the community, Horn says, and ultimately put her onto the path of a lifetime of national service.

“That's why I think it's important to serve: nationally, locally, through teaching, through the military,” she adds. “Any opportunity where we get to serve with diverse groups of people and get to know their stories and their realities is a privilege and an honor, and something that we will absolutely be changed by.” 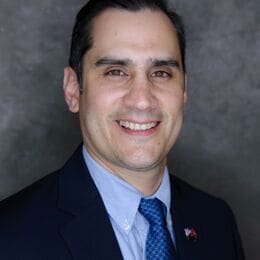 Francisco Vasquez decided to become an eighth grade math teacher in Madison, Tennessee, when he learned through the cohort members of his doctorate program that there is a national shortage of Spanish-speaking teachers. “I felt as though teaching was a call to action,” Vasquez says. “I made the first steps to apply to Teach For America and I am happy I made this decision.”

Vasquez is a retired U.S. Army veteran with over 20 years of service, including combat tours in Afghanistan and Iraq. He credits these two decades of service for teaching him invaluable skills that are just as useful in the classroom as they are in the U.S. Army.

“Veterans bring leadership, cultural diversity, and great communication skills to the classroom,” Vasquez says. “Veterans adapt to changes and are proficient planners. These qualities are definitely needed in the classroom.”

Vasquez openly discusses his military background with his students and answers their questions about his experience and what national service means to him. He’s already seeing those values rubbing off on his students, who are taking the importance of service to heart.

“I had a student salute me after providing ‘what to do’ instructions. I thanked him for the respect and reminded him that I served in the military and that courtesy is a mutual sign of respect,” Vasquez explains. “This student later wanted to know more about my branch and I ended with telling him that perhaps he too will serve in the military. He nodded in agreement.”

As a new educator during this challenging time of teaching due to COVID-19, Vasquez is leaning on his military training and skills more than ever to keep his students engaged and learning. He knows the country needs educated and dedicated young Americans to fill its ranks, despite the many barriers to an excellent and equitable education during the pandemic.

“National service is being present for your community and country. Our communities and our country are asking us to educate our children—virtually, in-person, and in hybrid models,” Vasquez says. “We are overcoming challenges for the sake of our children and in the spirit of national service.”

Read more about how Teach For America’s Military Veterans Initiative supports veterans, members of the guard and reserve, and military spouses as they put their leadership power and skills to work in the nation’s highest-need classrooms.

Why Filipinx American Activism Deserves a Place in Our Textbooks

There’s Something Missing in Too Many IEP Meetings