Ashley Philippsen is helping to lead Tulsa’s centennial effort to remember and rebuild where hundreds lost their lives. 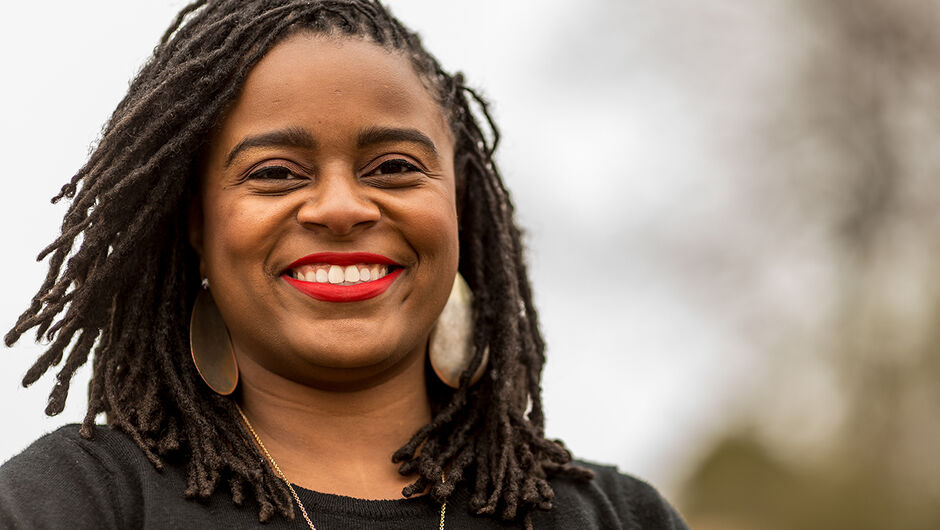 In October 2019, HBO started streaming its superhero series Watchmen, set in Tulsa, Oklahoma. Millions of people tuned in expecting the familiar comic book clichés like capes and masked villains, which Watchmen certainly delivered. Less expected? Putting historic racism and its generational impacts at the center of a superhero world. 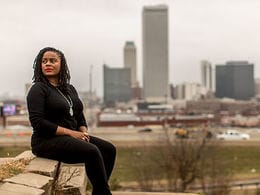 Ashley Philippsen (Houston ’07), Tulsa’s deputy chief of community development and policy, knew not to be surprised. Watchmen’s opening scene is a 10-minute reenactment of the true-to-life 1921 Tulsa Race Massacre, when white Tulsans attacked the heart of the city’s Black business community, called Black Wall Street, with bombs, arson, and open fire. Experts believe as many as 300 Black people lost their lives. Then, the seminal event was largely erased from the historic record.

As Tulsa nears May 31, 2021, marking 100 years since the start of the massacre, Philippsen is helping to lead the city’s efforts to remember and rebuild. She’s spearheading commemorations, which will include a grant program for Tulsans to decide their own meaningful ways not to simply remember the massacre but also propose ways to dissolve its consequences.

Some Tulsans would prefer their city not dwell on the tragedy, says Philippsen, who previously led LEAD North, a leadership development program aimed at cultivating ideas to contribute to the vibrant North Tulsa neighborhoods impacted by the massacre and its aftermath. But “what people tried to suppress for 100 years is getting out. The stars are aligning for this story to be elevated.”

In December 2019, two months after the launch of Watchmen, state researchers released a report finding evidence of possible mass graves of people murdered during the massacre. A public oversight committee has been formed to investigate the findings, with Philippsen leading the effort to collect genealogical records and oral histories. Tulsa’s Mayor G.T. Bynum, who hired Philippsen, has compared the committee’s work to a long-overdue “homicide investigation.”

Philippsen also sits (as the mayor’s proxy) on the state’s Tulsa Race Massacre Centennial Commission, which hired the design team behind New York’s 9/11 Memorial to create a Tulsa memorial. The project is part of the renovation of a cultural center near where the massacre occurred.

“This work is a hundred years late,” Philippsen says. But now, “there’s a lot of momentum to find out what we, the city, have to show.”