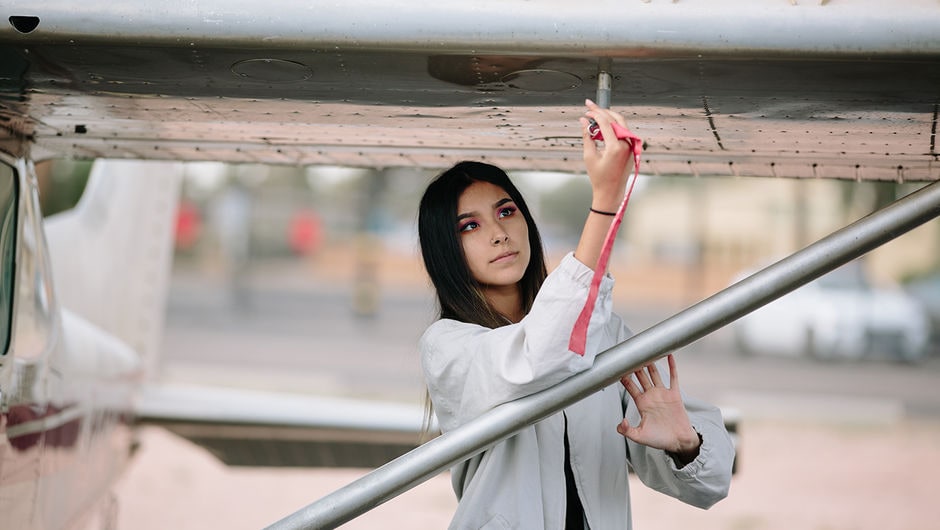 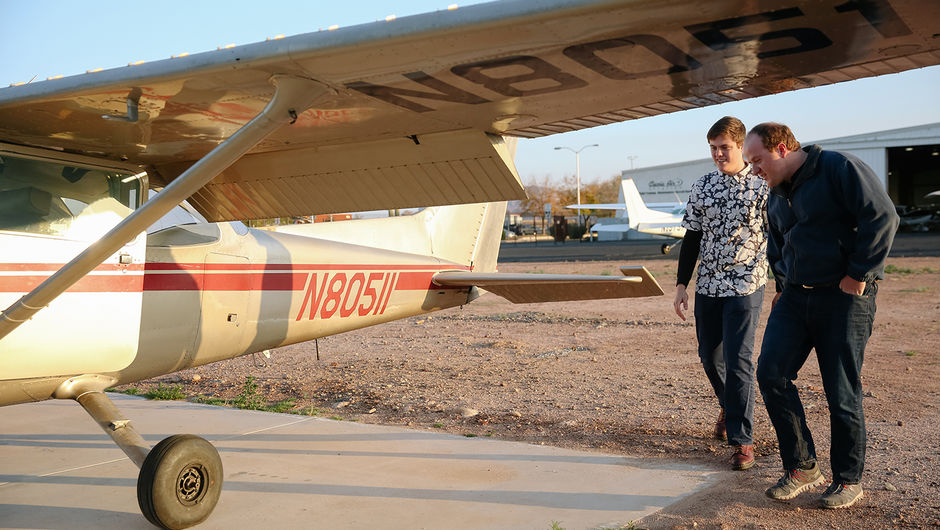 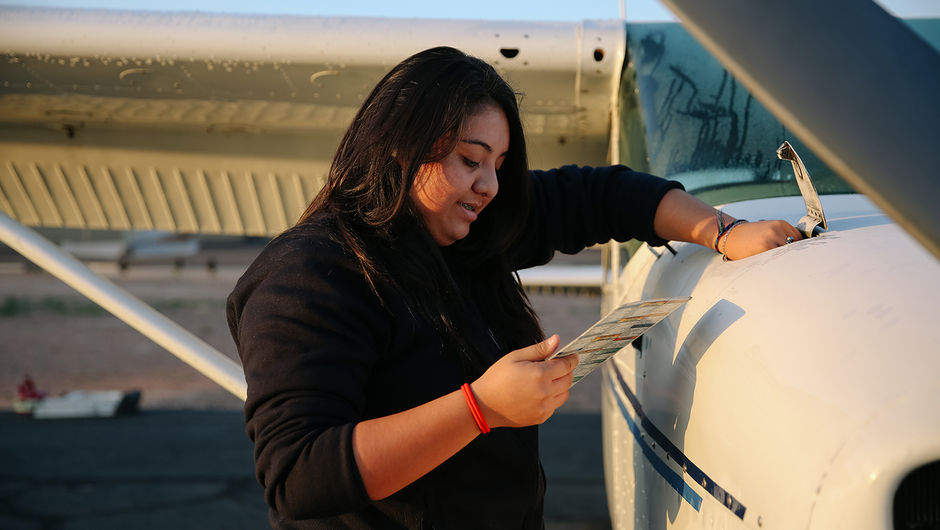 Before Pablo ("Saturday") climbs into his plane, he does a few practice flights in the simulator. His usual Cessna 127M is in the hangar for routine inspection and maintenance, so today he’ll be flying the Cherokee Arrow, which is faster and has more sensitive controls. All the students agree that the Arrow is an upgrade, and they grumble with congenial jealousy at Pablo’s luck. “The Arrow is fast,” Pablo admits after he returns from his first flight. “You all should have broken your planes sooner.” 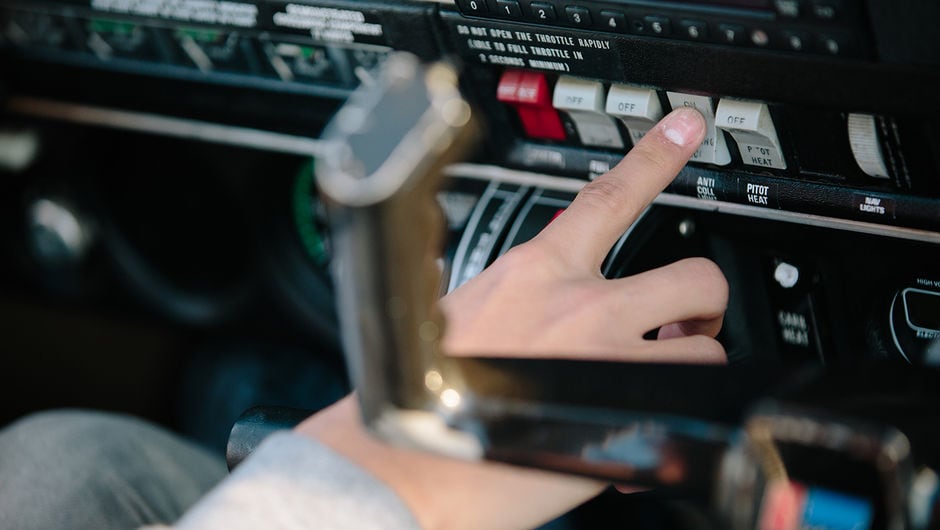