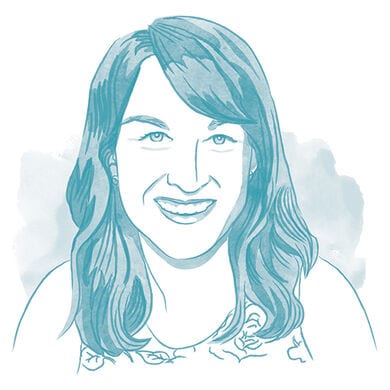 What if Your Book Club Could Change the World?

Meredith Bowyer McNeill (Greater Philadelphia ’08) lives in Washington, D.C., where nearly all her friends proudly lean left. So after they swallowed the outcome of the 2016 presidential election, they marched and tweeted and poured money into progressive causes.

But eventually, they hit “support exhaustion,” McNeill says. They just weren’t convinced their actions were as effective as they needed to be to generate the change they wanted to see.

In 2018, McNeill and Margot Phillips came up with a scheme to have greater impact. (Phillips is a friend from when McNeill worked for U.S. Senator Michael Bennet in 2014-15 through the Teach For America Capitol Hill Fellows Program.) They decided to organize groups of women willing to pool their money equitably to support candidates who share their ideals. By signing a bigger check together than any one of them could do individually, their theory is that they’ll stand a better chance of seeing the progressive policies they hope for supported with political action.

Now Phillips and McNeill (who works as a manager at Deloitte) have formed a registered political action committee called Greater Than. “It’s a book club,” McNeill says, “with teeth.”

How did you come up with the idea for Greater Than?

My co-founder Margot and I had brunch with a good friend who was the national organizing director for NARAL Pro-Choice America. She mentioned a trip to Seattle to meet with a group of women who gave money to pro-choice candidates. They’d been doing it a long time, and now they’re a coveted group. We said, “That’s it.”

So what does Greater Than look like in action?

We pitched the idea as each member pooling 2% of her annual compensation over the course of one year. At the end of the year we’ll invest that money into a limited number of state and local candidates. Of about 30 friends at our pitch meeting, 14 ended up deciding to join [including six Teach For America alumni]. We had our first meeting in May 2019. We imagine this growing as a sort of chapter model around the country. Ideally, cohorts of 8 to 12 women will make modest but meaningful investments to support a progressive future.

2% is not an insignificant chunk of one's earnings.

It’s about impact. You can’t tweet yourself to a better future. This year, our group will have about $30,000 to give. For state and local candidates, that will buy us a seat at the table.

It sounds challenging to get 14 people to agree on where to put their money.

We’ve been really strategic about setting our norms and acknowledging some of the tough conversations that are coming. We’ve created intentional lesson plans for each meeting, with the hope being that those plans can be shared as other cohorts form. We start with defining our values, then move into how those values are embodied in political platforms, and then to choosing the candidates that best reflect those values and for whom our investment could move the needle.

I imagine the small-group aspect makes those tough conversations a little easier.

That’s the hope. We meet monthly at someone’s home, usually over a meal and a glass of wine. We start each meeting sharing “lady-brags,” anything that’s awesome right now. For the moms in the group, we do playdates at local parks. We’re focused right now on the 2020 elections, but our hope is that these groups form bonds that extend beyond a single election cycle.