This couple knows all about bringing work home with you­—just read the calendar invites with pre-work that come with doing the dishes.

What was it like meeting each other for the first time?

Kate: After flying in from Alabama, I’d lost my luggage and had to wear this uncomfortable romper for the next 36 hours. My roommate, whom I’d known for four seconds, drove me to Target because I desperately needed a change of clothes. I walked into my first corps member meeting where Nicholas was our advisor and I felt disgusting after being in the humidity for so long. I was a mess.

Nicholas: My first impression of Kate was that she looked fly. 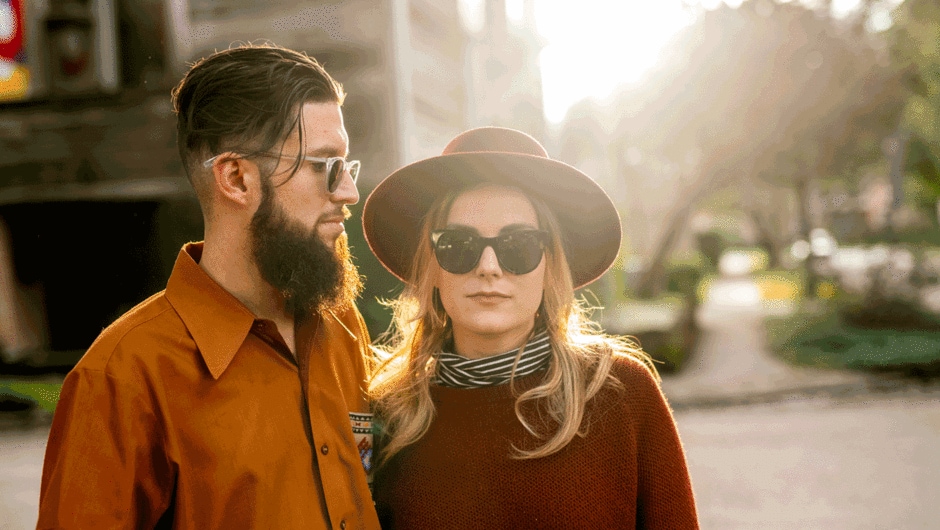 What about the first conversation?

Nicholas: It was kind of a forced-hello situation, but it was deeper than most people get after a year of dating. We did an identity activity and learned about our perceived and inner identities.

Kate: I cried during the first activity. I felt super embarrassed and assumed everyone was thinking, great, we’re stuck with this emotional softie. But a couple hours later, Nicholas called to make sure I was OK. That made me feel really cared for.

What’s something you love to do as a couple?

So, big fans of live music?

Nicholas: We love music. Pretty much every trip we plan, we plan around a concert. Kate actually plays the guitar, and I do digital beats and mashups. Kate was playing guitar and singing the other day, and—actually, I don’t think she knows about this—I recorded it. Hopefully I’m going to make something with it.

Kate: I didn’t know about that!

Nicholas: Yeah, our tour actually starts on—just joking. But we do try to encourage one another to get better at our passions. 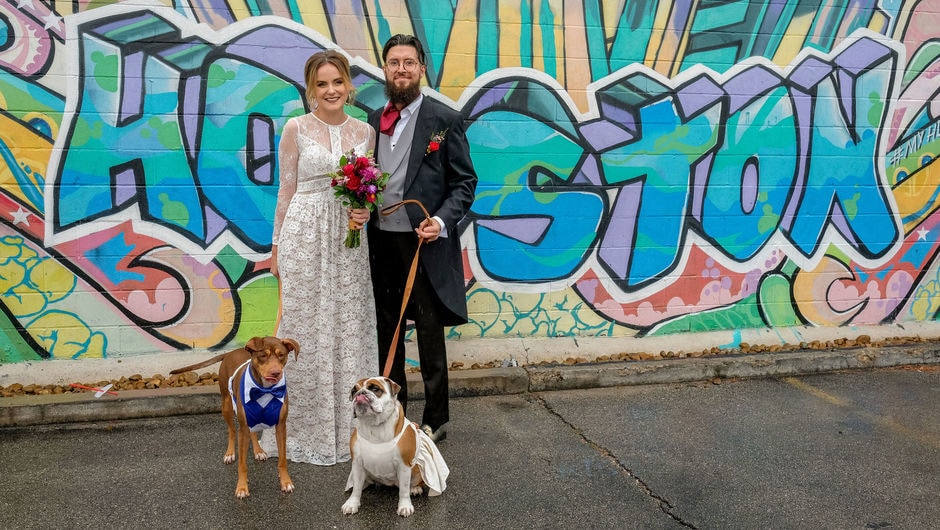 How’d the engagement go down?

Nicholas: I originally planned to propose in Iceland during this festival that was going to be at the base of a waterfall right at the end of institute [in 2017]. Then the festival was canceled. But we still had tickets to see one of our favorite bands, Arcade Fire, and the moment felt right when we were there.

Kate: I was completely surprised. When my favorite song, “Neighborhood #1 (Tunnels)” came on, I was dancing and singing along, then Nicholas tapped me on the arm. I was thinking, what could he possibly want in this very important moment? Is he really going to go to the bathroom now? Then he said, “Kate, let’s get married.”

And now you’re both teachers at the same school?

Nicholas: The kids love to remind us that they know we’re a couple. They’ll ask me, “Are you married to Ms. Moss?” And I’ll respond, “Who’s that?” just to mess with them.

Kate: The kids are convinced they witnessed the moment we started dating and fell in love, because they saw Nicholas buy me a taco outside a random food truck one day. The kids started calling him “Mr. Moss.”

Being Married and Teaching at the Same School

Meet TFA alumni Nicholas and Kate, who are not only married but teach at the same school too.
Video by Faviola Leyva and Joel Serin-Christ

What’s something unexpected that you’ve learned about each other?

Nicholas: Anytime any song from any musical comes on, Kate sings. Then I roll my eyes. Not because she can’t sing, but because musicals are silly.

Kate: But when we saw “A Star Is Born” he was weeping!

Nicholas: OK, I might have been weeping. I listened to the song “Shallow” for a week after I saw the movie. Kate got the kids in my class to prank me by playing the song on their tablets on Valentine’s Day.

Kate: It was hilarious! I knew he would be in denial that he listened to that song.

Nicholas: I tried to play it off, I didn’t want to lose cred with the kids. But for the record, that whole soundtrack is very good.

Finish this sentence: You know you’re a Teach For America couple when…

Kate: Feedback about doing the dishes comes in the form of a calendar invite with an agenda, pre-work, a reflection activity, and action steps. Yes, this happened in real life. We were sitting next to each other when he sent it, then he smirked and asked, “Hey, have you checked your email lately?”