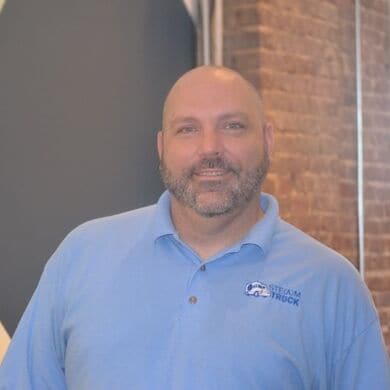 “We do something that just doesn’t happen in public schools very often during the school day."

An old 1988 Chevrolet P-30 truck with less than 5,000 miles on it became the first tangible representation of Jason Martin’s paper concept to build a mobile innovation lab. The goal: bring a working lab to communities and schools for increased exposure of science, technology, engineering, arts and math (STEAM) experiences.

He would call the program STE(A)M Truck.

“The rumor was [the original truck] was a county vehicle in New Jersey that was used to help folks fill out unemployment benefits. So there may be some irony there,” said Martin jokingly. “Now it has been envisioned as 21st-century workforce development.”

Four years after bringing this dream to life, Martin has five vehicles to serve Metro Atlanta scholars through STE(A)M engagements.  The program works through partnerships mainly in Atlanta Public Schools that have a Title 1 designation, by supporting existing strategies employed by the district. Laser cutters and 3D printers are just a few development resources on the trucks. Currently, the program serves 2,000 students every year, but over the next three years, he hopes to increase that number to 4,000.

“We do something that just doesn’t happen in public schools very often during the school day,” said Martin.

STE(A)M Truck is one of two programs driven by Community Guilds, where Martin serves as executive director and which started in 2012. The other program is a high school apprenticeship initiative.

“We are trying to give kids in high school an opportunity to learn a real trade skill, get their hands dirty, make things, and then sell it,” said Martin.

However, he admits STE(A(M Truck has become Community Guilds’ main focus within the last two years. 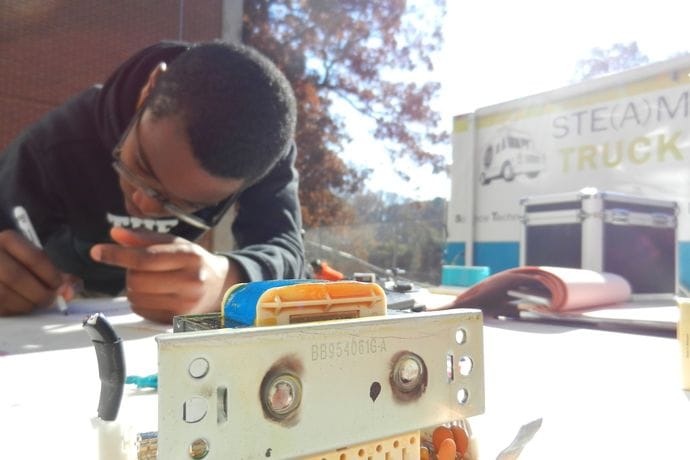 Martin Once Considered Joining the Military

Martin graduated from Rutgers University and thought about joining the military, but changed his mind after noticing inequity across schools within his community.

“Instead of the Marine Corps, I joined the TFA corps,” said Martin, who joined Teach For America-New Jersey in 1994. He and his wife now call Metro Atlanta home. “My TFA experience instilled in me this sense of being outraged of the inequities we have.”

The former kindergarten teacher admits his first years teaching were brutal, but he developed professionally day-by-day, eventually becoming Teacher of the Year by his third year. He encourages current and future corps members to stay the course despite the challenges.

“I wouldn’t trade [my TFA experience] for the world,” said Martin, who taught for ten years and then earned his graduate degree from Columbia University. He then transitioned to working as a consultant, school turnaround specialist and now as an innovation leader. 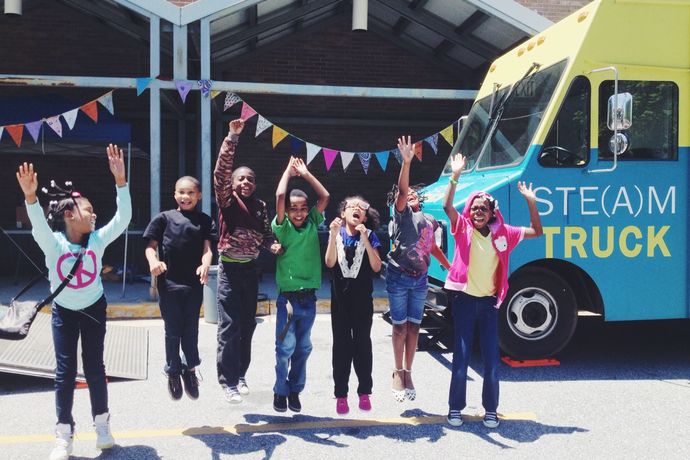 Although most of STE(A)M Truck’s work has been at schools, the program began offering services in October 2016 to Emmaus House, an organization that provides outreach to those living in Atlanta’s Peoplestown community. Every Saturday, the STE(A)M truck staff work to build the capacity of the Emmaus staff by providing direct programming to students.

Martin notes that this program is just one way to impact the ecosystem, as he notes the schoolhouse is not the only place to learn. 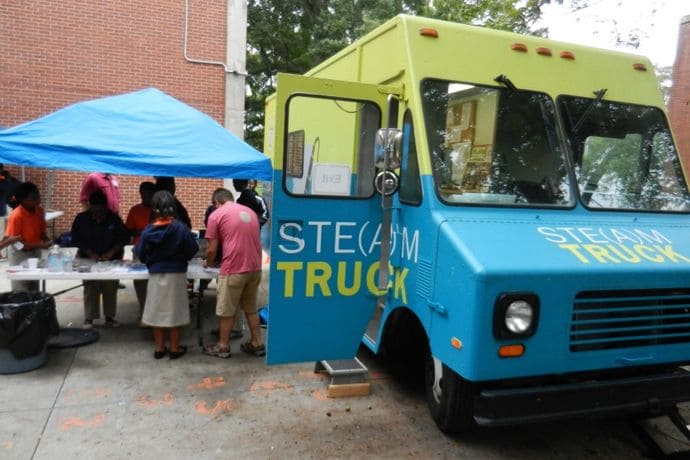 Charlotte Cameron is the organization’s program manager and says some students in the program didn’t know anything about engineering career opportunities, but as a result of STEAM truck, they have been exposed.

“STE(A)M truck is an extension of what students do at school,” said Cameron, who notes some students are so excited about the program that they arrive to the location before her. “We try to give kids every opportunity they can to succeed.”

Martin is encouraged by the work at Emmaus House and the partnership with local schools. He admits: the goal to reach educational equity and excellence is formidable, but remains encouraged.

“I think things are moving in the right direction and that sustains me,” said Martin. 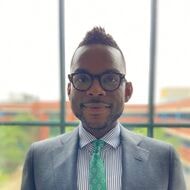 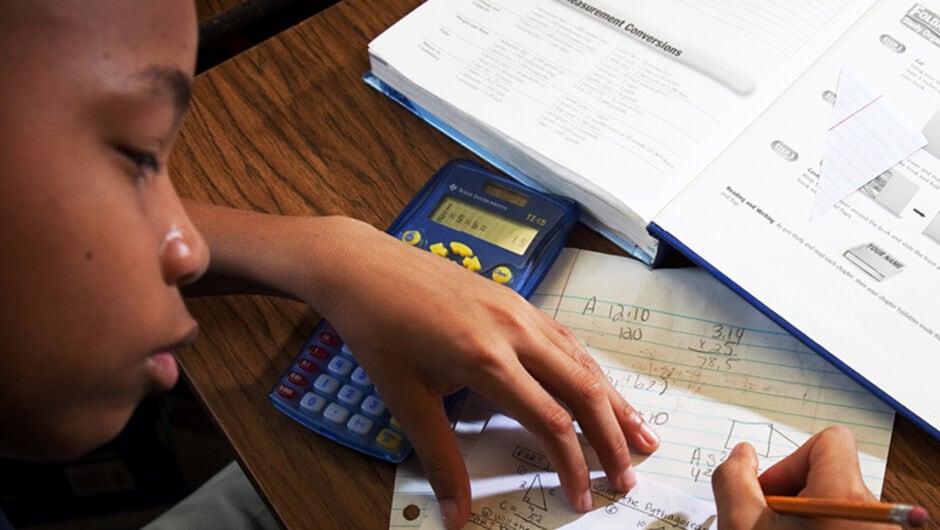 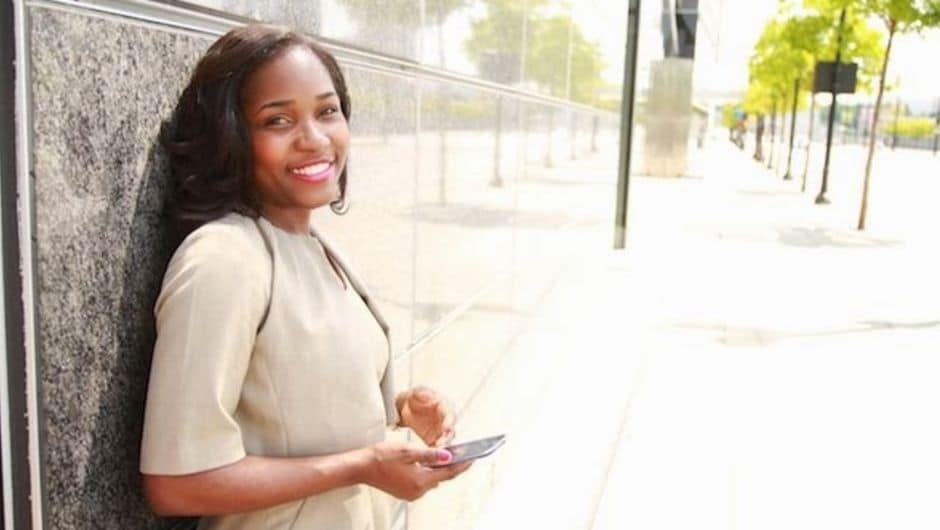 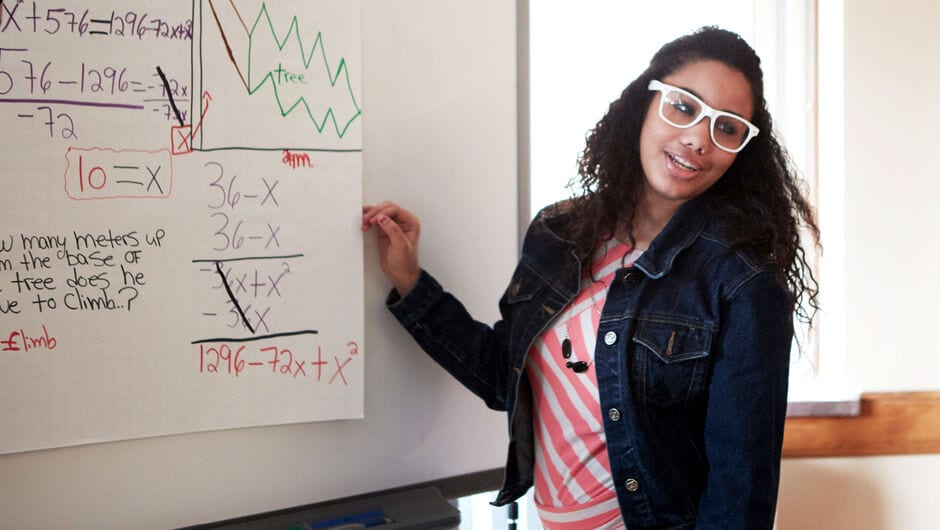