Access to opportunity should be a universal truth, but for so many, inequity and legislative instability leaves lives hanging in the balance. Join us for a conversation on immigration justice, where we’ll celebrate the diverse and intersectional immigrant community, explore the impact of immigration policies on our kids and communities, and actions you can take to advocate for immigration justice. 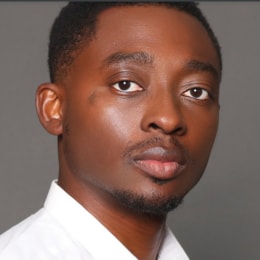 Bambadjan Bamba is an award winning actor, filmmaker, and immigrant rights advocate. He has worked in prominent roles on numerous hit television shows like NBC’s The Good Place, ABC’s Grey’s Anatomy, Amazon’s Bosch and in blockbuster films like Marvel’s Black Panther, DC comic’s Suicide Squad and Oscar-nominated film Beginners. In 2017 Bambadjan publicly disclosed that he was a recipient of the federal Deferred Action for Childhood Arrivals program (DACA) that is in danger of being terminated. Ever since Bambadjan has used his inspirational story to change the conversation around immigration.Bambadjan gives talks at college campuses, events, and media outlets around the country. 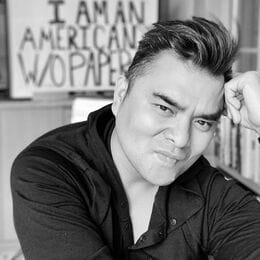 Jose Antonio Vargas is a Pulitzer Prize-winning journalist, Emmy-nominated filmmaker, and Tony-nominated producer. A leading voice for the human rights of immigrants, he founded the non-profit media advocacy organizationDefine American, named one of theWorld’s Most Innovative CompaniesbyFast Company. In 2020, Fortune named him one of its “40 under 40” most influential people in government and politics. His best-selling memoir, Dear America: Notes of an Undocumented Citizen, was published by HarperCollins in 2018. His second book, White Is Not a Country, will be published by Pantheon Books in 2023. 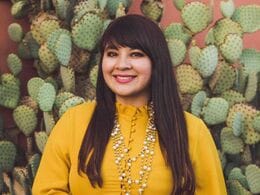 A DACAmented entrepreneur, educator and dancer, Reyna Montoya is the founder and CEO of ALIENTO, a nonprofit leadership organization that transforms trauma into hope and action with dreamers and mixed status families impacted by the harms of lacking an immigration status. She is a first-generation college graduate, an alumna of Arizona State University, Grand Canyon University, and Harvard University's Kennedy School. Reyna was born in Tijuana, Mexico, migrating to Arizona fleeing violence. Reyna's contributions towards the well-being of undocumented and mixed-status community earned her recognition by Forbes 30 Under 30, Phoenix Chamber ATHENA Awards, Humanitarian Recipient for Spirituality by the Muhammad Ali Center, 15 Latinas Changing the World by Univisión, among others.